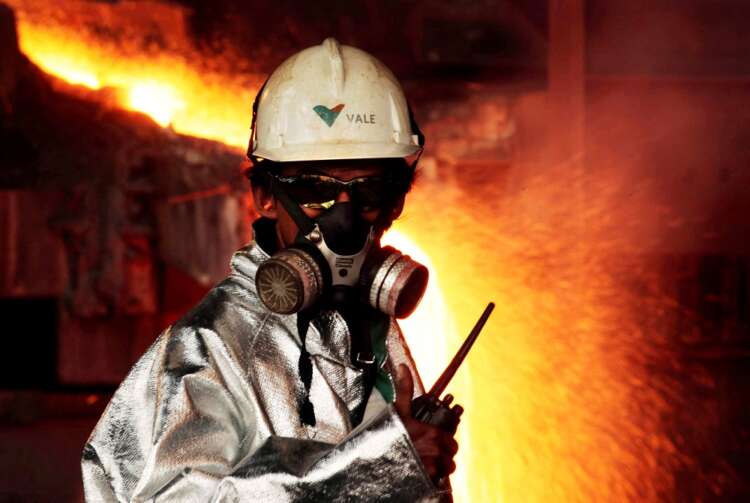 LONDON (Reuters) – The London Metal Exchange (LME) was forced to halt nickel trading and cancel trades after prices doubled on Tuesday to more than $100,000 per tonne in a surge sources blamed on short covering by one of the world’s top producers.

The LME’s shock move came as Western sanctions threatened supply from major producer Russia and marked the biggest crisis to hit the 145-year-old exchange in decades.

In the 1990s a rogue Sumitomo trader tried to corner the copper market and tin trading was stopped for five years in the 1980s.

“The current events are unprecedented,” the LME said in a notice to members. “The suspension of the nickel market has created a number of issues for market participants which need to be addressed.”

Amid market panic sparked by Russia’s invasion of Ukraine, buyers are scrambling for the metal crucial for making stainless steel and electric vehicle batteries.

Traders said some position holders have also been struggling to pay margin calls.

China’s Tsingshan Holding Group, one of the world’s top nickel and stainless steel producers, had been building a short position in nickel since last year, betting prices would fall, three sources familiar with the matter said.

Prices rocketed as Tsingshan bought large amounts of nickel to reduce those short bets and its exposure to costly margin calls, they said.

The LME raised margin requirements for nickel contracts by 12.5% to $2,250 a tonne and suspended nickel trading on all venues for at least the rest of the day.

The LME announced that all trades will be voided from midnight until 8:15 a.m. on Tuesday when trading stopped and added that it was considering a closure of several days.

“People will be asking if this really a functioning market… This is meant to be a market of last resort and people can’t get inventories to deliver against positions,” said Colin Hamilton, managing director of commodities research at BMO Capital Markets.

“The LME will actively plan for the reopening of the nickel market, and will announce the mechanics of this to the market as soon as possible.”

Three-month nickel on the LME more than doubled to $101,365 a tonne before the LME halted trade on its electronic systems and in the open outcry ring.

In China, the Shanghai Futures Exchange raised fees for nickel trading and urged investors to “fend off risks, invest rationally, and work together to maintain market stability”.

The explosive gains, which have seen prices quadruple over the past week, resulted from two major players facing off, said Malcolm Freeman of Kingdom Futures, who declined to identify them.

One entity has control of between 50% and 80% of LME inventories, LME data shows.

“There’s a very big short and a very big long who’ve been sparring. And because of their sparring, it’s brutalised so many other shorts,” said Freeman.

Some small industrial users have been caught in the crossfire, having taken positions to get physical delivery but then hit with margins calls costing millions of dollars, he added.

The uncertainty caused by Russia’s invasion and resulting sanctions has added to an already bullish nickel market due to low inventories, which have halved on the LME since October.

Russia not only supplies about 10% of the world’s nickel but Russia’s Nornickel is the world’s biggest supplier of battery- grade nickel at 15%-20% of global supply, said JPMorgan analyst Dominic O’Kane.

The LME is owned by Hong Kong Exchanges and Clearing Ltd.