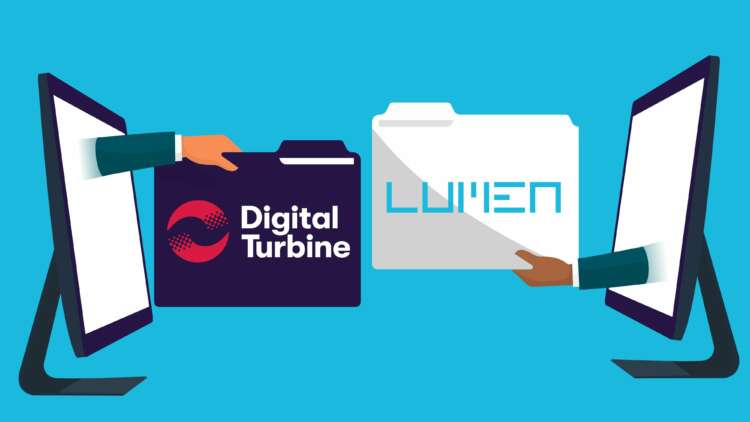 London, UK – 26th July 2022:  Lumen Research, a pioneering attention measurement agency, has teamed up with Digital Turbine, the end-to-end mobile growth and monetization platform delivering video ads to billions of users through partnerships with leading app publishers, to examine in-game mobile ads performance and attention. Digital Turbine acquired AdColony, Fyber and Appreciate in 2021, recently unifying all companies under the Digital Turbine name. Together, the companies looked at how in-game mobile ads perform in terms of attention and recall, and how Digital Turbine performs in delivering attentive seconds in comparison to other platforms.

For the study, Lumen and Digital Turbine created a mobile gaming test environment in the form of a Word Puzzle Game that test subjects were exposed to for five minutes. The respondents were able to scroll, click, and type when using the game.

The study was carried out in the UK with 150 respondes, all aged 18+, and while playing the Word Puzzle Game, ads from various brands were shown. The study was carried out on each test subject’s mobile device, allowing Lumen to track eye movement via this device’s camera. Having played the game for five minutes, respondents then answered questions on: spontaneous and prompted brand recall, awareness, message recall and consideration.

The results of the study show the significant power of Digital Turbine’s in-app, reward-based video formats in audience attention. The ad was shown to those who requested a clue to solving the Word Puzzle game, and the research showed that 98% of gamers viewed the Digital Turbine ad unit. Once consumer attention was gained, the average watch time for an ad reached 22 seconds. This has led Lumen to conclude that the ads would generate a global total of 21,828 seconds of attention, in comparison to 17,160 seconds of the equivalent gaming norm.

In addition, the research proved that Digital Turbine’s units, built by their DT Creative Labs team, gained more attentive seconds than all other digital advertising channels (including Instagram and YouTube), and over half of participants were able to recall the brands they saw in the ads both spontaneously and when prompted, confirming a direct link between increased attention and ad recall. Finally, 69% of participants said they would be ‘very likely’ or ‘likely’ to purchase from the brands in the future, showing that strong engagement levels made participants more inclined to consider.

Niraly Jadeja, Senior Research Consultant at Lumen Research, says: “Every day brings more evidence that attention is the metric offering brands the best chance of connecting with (and engaging) their audiences, yet this work with Digital Turbine offers some of the most compelling examples of attention’s potential. To achieve an average attention of 22 seconds is a significant breakthrough for our industry, and will help (and encourage) advertisers to reach the vast audiences that mobile gaming has to offer.”

Michelle Randall, Digital Turbine Client Strategy Lead for South Africa & UK, says: “Our platform has continuously delivered impact for brands, further emphasised by Lumen’s data in this research. While the 22 second average attention time might grab the headlines, what’s more meaningful is being able to showcase how this average attention time directly translates into the metrics that matter most when it comes to media effectiveness (uplifts in recall & consideration). With attention starting to get the attention it deserves, we strongly believe that it will drive more effective media exposures, reduce clutter, and create a more sustainable approach to advertising. A win-win for agencies, consumers, media owners and, of course, brands.”

Mobile gaming has entered the digital advertising mainstream when it comes to delivering attention metrics that matter for brands, advertisers and publishers engaging the global community of 3bn gamers. And now, harnessing Digital Turbine’s technology and ad formats, reaching this vast audience has become easier and more efficient than ever before.

The full study is viewable HERE.

Lumen is the leading attention technology company in the world, with large scale permanent panels in the US and the UK, and temporary panels across many other global markets. Lumen’s eye tracking technology converts the webcam on a users’ phone or desktop computer into a high quality eye tracking camera, capturing not only what users could see, but also what they do in fact look at. Lumen’s eye-tracking panels are recruited to be nationally representative and fully GDPR compliant.