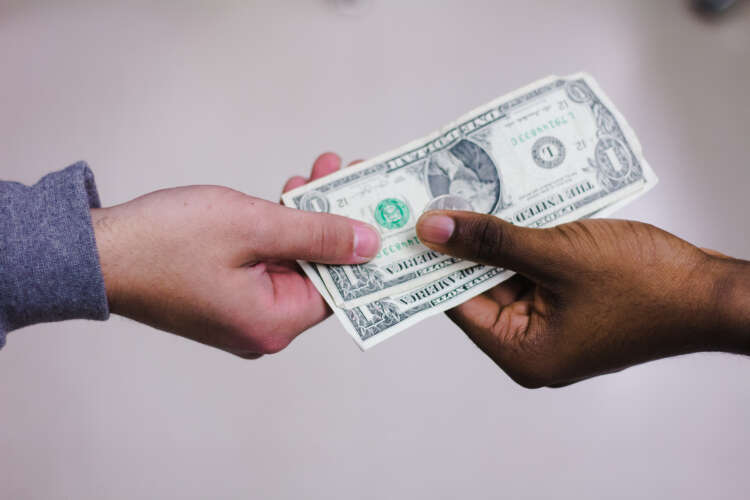 By Marco Abele, co-CEO of OneFor, a fintech that develops user-friendly, fast and cheap solutions to share money with countries inside and outside the EU.

Transferring money internationally is often costly, time-consuming, cold and impersonal. It is high time we changed this.

In the developed world, many income earners and their close families usually don’t live very far from each other. Most working people have their families to return to in the evening. But about 9.5 million people in the UK were born abroad, many who’ll still have close family overseas, including parents, partners and children. Similar scenes play out across Western Europe, which houses millions of migrants working tirelessly to put bread on the table for families many hundreds or even thousands of kilometres away.

In 2018 for example, almost £8 billion flowed from the UK abroad via personal remittances – making it one of the top twenty remittance sending countries in the world. India alone received £3 billion from the UK that year. Other big recipients include Kenya, Nigeria, and Zimbabwe where remittances from the UK contribute significantly to local GDPs. Remittances are critically important within Europe too, where as many as three countries (Moldova, Kosovo and Bosnia and Herzegovina) depend on money earned elsewhere for more than 10% of their GDP.

Sharing money is costly and slow

According to the UN, personal financial flows to third world countries are worth three times as much as all development aid combined. The impact of these flows on human lives is also unsurprisingly enormous. According to Gilbert F. Houngbo, President of the International Fund for Agricultural Development (IFAD), the relatively small amount of money that each migrant will send home (approximately 85% of the money that migrants earn is spent in the country of residence) accounts for an average of 60% of the household income in their home country. IFAD estimates that three quarters of this money is used for essential items such as food, medical supplies, training and shelter.

This makes it all the more troubling that, according to the UN, an average of 7% of international transfers are skimmed off by the service provider. Incumbent banks charge up to £40 minimum on international transfers – and then it takes another 48 hours before an individual’s family can access the money. That is why twice as many people choose to physically transport money to its destination (with all the disadvantages and risks that entails). Most people (50%) do use specialised service providers such as border exchange offices to send money abroad – but even there, a shipment costs at least £5 and takes around six hours on average for families to receive. And even then, they have to go to a counter that is usually only found in the big cities which poses accessibility issues for people based in rural areas.

Caring shouldn’t be an impersonal process

All this makes what is actually very personal and human – caring for your family and loved ones – into a nasty, clinical and bureaucratic process. Whereas in our home country we are used to easily reaching for our wallets to pay for dinner (or using the likes of Monzo or Splitwise to split the bill), sharing money with family members abroad is an expensive, planned process.

Caring for others is very personal – perhaps even more so when the distance is so great. If your mother in Karabük, Turkey has a creditor on her doorstep, you want to be able to pay immediately, and also reassure her that everything will be OK. Or, if your sister texts you from a cafe in Kichevo, North Macedonia it’s nice if you can spontaneously pay for her coffee. A final example is if your little brother runs out of money at a petrol station in Maaziz, Morocco and doesn’t know how he’ll get home, you want to help him on his way, but also tell him that he should learn to plan his journey better. Caring from a distance is difficult enough. If it is reduced to a clinical and impersonal simple transfer of money, the distance will only increase emotionally.

Giving money should also be fun

The actor Will Rogers once said, “Too many people spend money they haven’t earned on things they don’t need in order to impress people they don’t like.” Migrants who’ve worked hard and sacrificed to give their families a better life often don’t have that luxury. People who have travelled thousands of kilometres to provide for their loved ones and communities at home deserve better.

That is why I think it is time to look at money in a different way. Sharing money should become easier and more fun – also, or maybe especially, when the distance is greater. After all, money is not only a means of payment, but also a means of bonding: a way of caring for others, even if you cannot literally stand next to each other. Money can be transferred much faster and cheaper – also to countries that are underserved by the big banks. I believe that with a little imagination, technical ingenuity and creativity, it can be just as easy and quick (and almost as cheap!) to pay for the groceries for your grandmother in Chichaoua, Morocco as it is to pay for the bill for your neighbour in the local supermarket. All we need is the will to create better solutions.

How to Maintain Positive Psychology while Trading