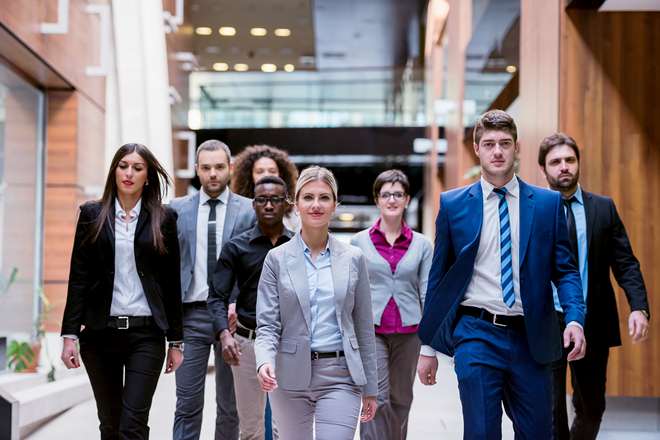 Until recently, most of us would have worked for organisations that remained more or less local. Colleagues were often in the same building or, at the very least, in the same country — meaning we had similar ways of communicating and ‘doing things’.

Nowadays, more and more companies are branching out into new territories and relying on an international workforce to succeed in the global market.

When operating across borders, it’s imperative to be aware of differences in cultures and ways of working. For example, are timeliness and structure foremost in everyone’s mind, or is flexibility at the heart of the company’s success?

‘Flexibility’ has become a bit of a buzzword lately, but flexible working can take on many different forms depending on which country you’re dealing with.

Generally, flexibility is considered a good thing, but we know it can have some poor connotations and our view is that it really depends on how it’s used.

If you have a flexible schedule and greater control over your working hours but no clear boundaries, you may experience ‘flexible guilt’ — meaning you feel you have to put in more hours. This tendency to worry is often seen in countries with high unemployment rates and less stable market conditions.

In comparison, workers are less likely to experience ‘flexible guilt’ in countries where hourly pay rates are higher, it’s acceptable to go home early and time in the office is less important than getting your work done. This is often the case in countries like Denmark, Sweden and the Netherlands — but not so much in the US and the UK.

Workers in the US have been pushing hard for more flexible work options, and they’re finally starting to gain traction in many areas nationwide. However, the US still lags far behind many of its counterparts around the world when it comes to flexibility and work-life balance.

Many US workers work incredibly long hours and are expected to be on-call virtually all day, every day. Compared to many other countries, holiday entitlement is also minimal, and time often has to be accrued. In this sense, the US has a lot to learn from European experiments with flexibility.

European nations and companies are constantly creating and refining policies related to remote work and other flex options. The Nordic countries –– Sweden, Denmark, Norway, Finland and Iceland — and the Netherlands stand out in particular when it comes to flexible working.

Thanks to their deep-rooted culture of trust and equality — as well as relatively flat organisations, pragmatism and low hierarchies — the Nordic nations are well suited to agile working styles.

In Finland, in particular, flexible working has been embedded in the country’s culture for more than two decades. This is largely thanks to the 1996 Working Hours Act, which gives most staff the right to adjust their typical working hours by starting or finishing up to three hours earlier or later.

At the beginning of January, updates to the Act also came into force, giving the majority of full-time employees the right to decide when and where they work for at least half of their working hours.

In the Netherlands, 36 hours is typically considered a ‘full-time’ working week. During those 36 hours, workers are highly productive (in fact, the Dutch are considered some of the most productive people in industrialised countries). But after the workday is done, there is a big emphasis on family time and wellbeing.

The Dutch government also supports (even encourages) flexible schedules and remote working, and it has introduced legislative measures to ensure flexible working is a right, not a gift. For example, Dutch workers have a right to request flexible working and employers can only reject it if they provide a concrete case for why this cannot be accepted. Such protection is crucial to making flexible working work.

In the UK, workers also have a right to request flexibility, but those requests can be rejected on certain grounds — meaning there is a sense that employers are ‘gifting’ flexibility.

There are many grounds for rejection and, often, employers won’t give employees a proper reason. Plus, substantial employment tribunal fees mean cases rarely get taken further.

Of course, these are just some examples of how flexible working differs across countries. Each country will have its own way of doing things. When you’re employing people overseas, it’s essential to understand what flexible working looks like in practice in each country you want to operate in.

As such, communication, compromise and setting expectations are key. It’s important to ensure every employee in your organisation is heard — no matter where they are based geographically — and that there are opportunities to feedback on routine interactions.

Team members can use the phone, email or even video conferencing to check in with each another and find out how the collaboration is going. Equally, they can make use of various technologies to ensure schedules are aligned, and everyone is on the same page.

Data virtualisation: the secret weapon in the challenge for compliance