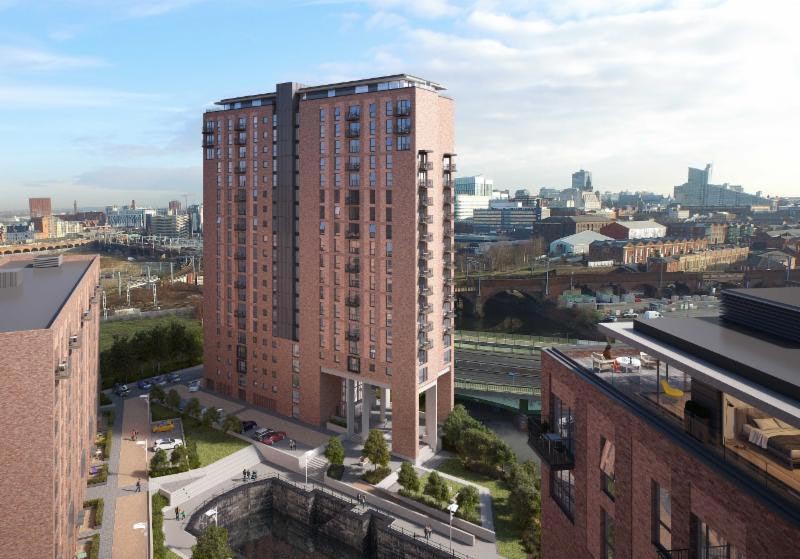 Regeneration is a word that Mancunians are thoroughly familiar with. This June will mark the 20th anniversary since a bomb set off by the provisional IRA wiped out half a mile of the city centre. Since then, billions of pounds have been spent on turning Manchester into the epitome of a 21st century city, with outstanding results. The renovation of the city has transformed the housing market with sold prices in Manchester’s city centre increasing by 7% in 2015 alone according to the latest Rightmove data.
Eamonn Boylan, chief executive of Stockport Council, commented recently on Manchester’s city centre renaissance,

One of the largest aspects of the regeneration work was the overhaul of Manchester Victoria station, which reopened in October 2015. The £44 million refurbishment resulted in three new tracks and four new platforms, with large parts of the building almost entirely rebuilt.

The work on the station is representative of the approach taken to Manchester overall. Ambitious initiatives have sought to revamp entire areas, with NOMA (North Of Manchester, where Victoria station is located) becoming a particular hotspot. As improvements have taken place, demand for housing has shot up.

The success of this northwestern city, dubbed the Northern Powerhouse, has sparked a recent trend in investors, especially those from overseas, looking outside Manchester’s centre to the neighbouring area of Salford Quays.

Hoping to replicate the achievements of central Manchester’s property market, it seems many developers have focused their attention in and around Salford Quays, looking to capitalise on lower land values and the regeneration plans in place. This area however, some 20 minutes from Manchester city centre, it is yet to experience the same level of growth with prices of many apartments stagnating and rental incomes remaining flat due to the oversupply of units.
Jonathan Stephens, Managing Director of property consultancy Surrenden Invest, explains more,

“Manchester city centre now affords a number of hotspots where demand for high quality, contemporary homes has increased hugely. Savvy investors are keen to not venture too far out of the city centre boundaries and I would advise them to steer clear of deepest, darkest Salford.

“In comparison with city centre properties, developments in Salford will need to complete another cycle of some 7-10 years before witnessing real growth in both capital gain and yield. NOMA is a great example of the success of a city centre location – the area simply can’t build homes fast enough to keep up with demand from those looking to buy and rent in the area.”

The city’s regeneration continues to develop. Most recently, plans have been unveiled to create hundreds of hi-tech creative industry jobs as part of a £14m regeneration of Manchester’s Space TV and film centre. As jobs continue to be created by the large-scale redevelopment work, the city council is racing to keep up, having just revealed plans for an ambitions 10 year homebuilding strategy.

Those looking for homes sooner than 2026 would do well to focus on the area around Manchester Victoria station. Just a few streets away, Halo, on Simpson Street in the heart of the NOMA district enjoys a prime city centre location. The spacious, light-filled apartments will be ideal for those looking for upscale rental accommodation with excellent transport connections and easy access to the city centre. Completion of the 66 stylish one, two and three bedroom homes is estimated for Q2 2017, with investors enjoying projected 6.2% NET yields.

The other city centre hotspot right now so far as buy-to-let investors are concerned is Wilburn Wharf, home to the luxury, waterside Rivergate House development. Available for investment from £158,00 to £350,000, Rivergate House is just a short walk from the Spinningfields district, a major business and employment hub.

Spinningfields is another of Manchester’s success stories. It has been transformed from a region of dull, faceless office blocks into one of the city’s most vibrant and enterprising areas, all in the space of just a few years. Smart new office blocks jostle for attention alongside Michelin starred restaurants, sophisticated bars and beautifully landscaped green spaces. Naturally, the area has attracted some keen interest from those wishing to live in the heart of such urban elegance.

Brits’ £1.6bn of lost jewellery is not necessarily money down the drain