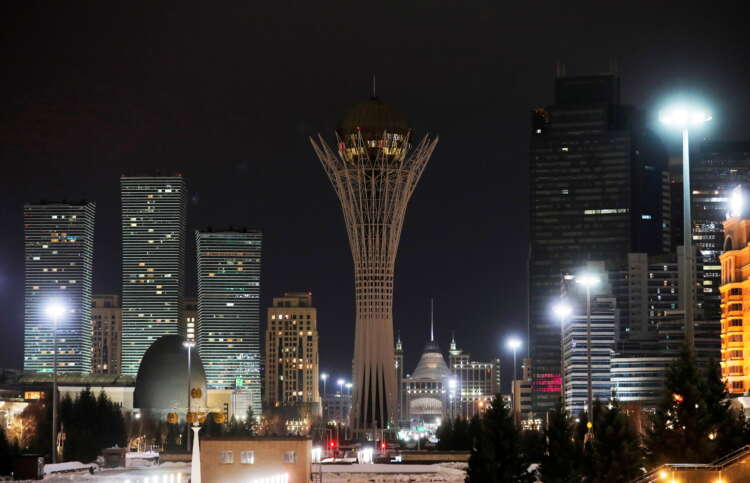 ALMATY (Reuters) – Facebook owner Meta Platforms on Tuesday denied a claim by the Kazakh government that it had been granted exclusive access to the social network’s content reporting system.

In what it called a joint statement with Facebook, the Kazakh government on Monday touted the purported exclusive access as a compromise solution after the Central Asian nation threatened to block Facebook for millions of local users.

The Nur-Sultan cabinet had said an agreement, which would have been the first of its kind in the post-Soviet region of Central Asia, would streamline the process of removing content deemed illegal by Kazakhstan.

But Meta spokesperson Ben McConaghy said the company had a dedicated online channel for governments around the world to report content that they believe violates local law.

“We follow a consistent global process to assess individual requests – independent from any government – in line with Facebook’s policies, local laws and international human rights standards,” he said in an email to Reuters.

“This process is the same in Kazakhstan as it is for other countries around the world.”

Meta Platforms has not published the statement that Kazakhstan called a joint one, although local news website Zakon.kz quoted Information Minister Aida Balayeva as insisting its text had been agreed with the company.

The oil-rich nation’s parliament in September started working on a bill that would let the government block social network and messaging apps unless their developers open offices in the country and appoint executives personally responsible for reviewing the authorities’ complaints.

Parliamentary deputy Aidos Sarym, one of the bill’s developers, said on his Facebook page on Monday that the bill had paved the way for talks with tech giants and the authorities were now ready to soften its provisions.

Critics of the bill have accused authorities in the nation of 19 million of seeking to gain new censorship tools, while the bill’s authors say it aims to prevent cyber-bullying and the spread of other dangerous content.

The government has said there are at least 3.2 million Facebook users in Kazakhstan. Other Meta Platforms applications such as Instagram and WhatsApp are even more popular.

Facebook has long faced criticism from rights group for being too compliant with government censorship requests.

The service has mostly avoided shutdowns outside of countries such as China, where it has long been blocked, but has faced pressure this year in a number of countries including India, Vietnam and Myanmar.

What role does cyber security play in digital transformation?