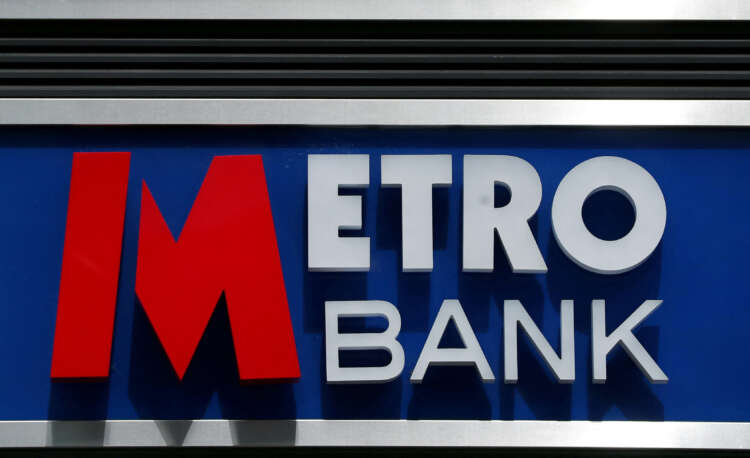 LONDON (Reuters) – British challenger bank Metro and two of its former executives have been slapped with fines by regulator the Financial Conduct Authority, over reporting errors that wiped hundreds of millions of pounds off its share value in 2019.

The regulator said it has also decided to fine the lender’s former CEO Craig Donaldson and former CFO David Arden 223,100 pounds and 134,600 pounds respectively, saying they were knowingly concerned in the breach.

Metro Bank said in a statement that it had cooperated fully with the FCA investigation and accepted the outcome. The lender informed investors last week it had increased its provision for the fine from 5.3 million pounds to 10 million in anticipation of the FCA penalty, adding it was within the range of up to 13 million pounds it had previously set out.

The lender’s shares were down 1% in early trading.

Metro, which in 2010 became the first lender to be granted a consumer banking licence in Britain in 150 years, was launched to challenge the market dominance of banks including Lloyds and Barclays but had its ambitions dented by the fallout from its reporting error.

Metro said in January 2019 it had corrected risk weightings of some of its commercial loan portfolios, contributing to a 39% slide in its stock value and forcing bosses including Donaldson to quit.

The FCA said on Monday that Metro had incorrectly reported its risk weightings three months earlier in a trading update in October 2018, and was aware the figure was wrong and failed to qualify or explain this to investors.

“While we’re disappointed by today’s ruling from the FCA’s Regulatory Decisions Committee we welcome the fact there is no finding of any dishonesty or criticism of our integrity,” the representative said.

“We are appealing the decision, and until that process is complete, we will not be making further comment.”

Metro Bank said it had invested in its disclosure procedures and improved its regulatory and risk management since 2018.

Metro was separately fined 5.4 million pounds by the Bank of England’s Prudential Regulation Authority last year for failings in its regulatory reporting related to the error.

Britain braces for winter of strike action as nurses walk out