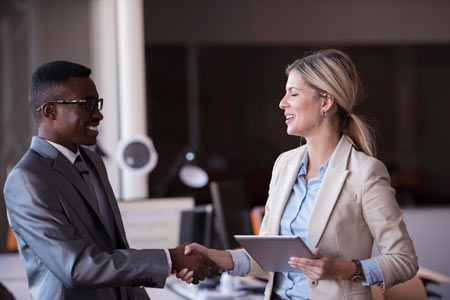 Morrison &Foerster, a leading global law firm, is pleased to announce that Rob Mailer has joined the firm’s London office as a partner in its Corporate Group. He brings to the firm strong expertise in fund formation and fund management. His joining Morrison &Foerster also further builds on the recent expansion of the firm’s global private investment funds practice in London, the U.S. and Hong Kong, and strengthens its corporate group in London following a number of other partner hires.

Mr. Mailer represents both fund sponsors and investors across a broad range of strategies, including growth, venture capital, infrastructure, buy-out and debt funds. He regularly acts on carried interest schemes, structuring co-investments, spin outs and the establishment of new fund managers. Mr. Mailer’s practice spans a wide range of sectors, including finance, technology, emerging markets and infrastructure. He has a particular interest in high-growth and scale-up businesses.

Paul Friedman, Morrison &Foerster’s managing partner for Europe, commented: “Rob is the second funds partner in just over six months to become part of our London office following the recent arrival of Oliver Rochman. Rob is another high-caliber addition to our London corporate team, further building on the significant momentum we have generated over the past 18 months. I am delighted that since coming to the firm, he has already advised on the spin out of new fund manager Oxx Ltd.”

Graeme Sloan, global co-chair of Morrison &Foerster’s M&A practice and head of the firm’s London corporate practice, added: “Rob’s arrival significantly enhances the firm’s ability to advise sponsors and investors in both London and the rest of EMEA. I am also pleased that Rob is the second private investment funds partner to join the firm this year, following the recent arrival of Serena Tan in Hong Kong.”

Mr. Mailer’s recent notable transactions include acting for Apis Partners on structuring and raising their first private equity fund, Apis Growth Fund I, a growth fund targeting fintech and other financial services opportunities in Africa and South Asia in particular, representing Lonsdale Capital Partners on their first mid-market buyout fund, and advising Seedcamp on a property tech venture, having advised on the raising of Seedcamp III and set up of Seedcamp Investment Management LLP. From 2007 until 2016, he also advised the British Business Bank on various sponsor investments including its VC Catalyst and Enterprise Capital Fund programmes.

“I am delighted to have come to Morrison &Foerster and to be working closely with Oliver Rochman and other members of the global private investment funds practice to build out the London fund formation practice,” Mr. Mailer said. “The growing corporate platform the firm has developed in London was a big driver in me choosing to join Morrison &Foerster.”