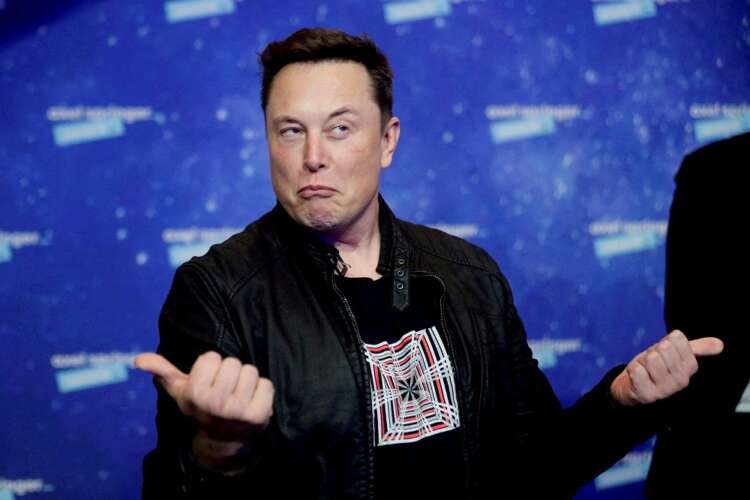 (Reuters) -A U.S. judge slammed Elon Musk on Wednesday for trying to escape a settlement with regulators requiring oversight of his Tesla Inc tweets, saying the billionaire was “bemoaning” the 2018 deal now that he felt Tesla was “invincible.”

The ruling comes after the Twitter Inc board accepted on Monday Musk’s $44 billion deal to buy the social media platform.

The dispute stems from the claim by the Securities and Exchange Commission that Musk, the CEO of Tesla, defrauded investors on Aug. 7, 2018, by tweeting that he had “funding secured” to potentially take the electric car company private at a premium, when in reality a buyout was not close. Tesla shares rose following the tweet.

Musk’s lawyers had sought to terminate the 2018 consent decree that resolved those SEC securities fraud charges, arguing that the regulator’s pursuit of Musk “crossed the line into harassment” and impeded his constitutional right to free speech.

U.S. District Judge Lewis Liman in Manhattan rejected those arguments as well as Musk’s request to block a separate SEC investigation into tweets that Musk posted last year regarding the sale of some of his Tesla stock.

“Musk cannot now seek to retract the agreement he knowingly and willingly entered by simply bemoaning that he felt like he had to agree to it at the time but now – once the specter of the litigation is a distant memory and his company has become, in his estimation, all but invincible – wishes that he had not,” wrote Liman.

The 2018 agreement required Musk and Tesla to each pay $20 million civil fines and for Musk to step down as Tesla’s chairman. The consent decree also required Musk to obtain pre-clearance from Tesla lawyers for tweets and other public statements that could be material to Tesla.

Tesla did not immediately respond to a request for comment on Wednesday.

The SEC’s probe related to Musk’s sale of some of his Tesla shares is over tweets he sent on Nov. 6 last year that asked readers if they supported his selling 10% of his Tesla stake, and saying that he would abide by the poll results. The SEC has subpoenaed Musk and Tesla to determine if those tweets were vetted before they were published.

A majority of the readers did support such a share sale, and the poll caused Tesla’s share price to fall. Musk has since sold more than $16 billion of Tesla stock.

Liman said it was “unsurprising” that the SEC would have questions about the unusual manner in which Musk went about deciding to sell his stock.

Musk has been escalating his attacks on the SEC. Earlier this month he referred to the regulator as “those bastards.”

Musk calls himself a “free speech absolutist” and has criticized Twitter’s policies that moderate speech and are aimed at curtailing harassment.

“By ‘free speech,’ I simply mean that which matches the law,” Musk tweeted on Tuesday, the day after the Twitter board of directors accepted his bid. “If people want less free speech, they will ask government to pass laws to that effect. Therefore, going beyond the law is contrary to the will of the people.”

(Reporting by Tom Hals in Wilmington, Delaware, and Peter Henderson in Oakland, California;Editing by Chizu Nomiyama and Leslie Adler)

EU to suspend tariffs on Ukraine imports for one year, Kyiv grateful