‘Native versus hybrid’; why the debate cannot end

How can the financial sector safely use the IoT?
Our website publishes news, press releases, opinion and advertorials on various financial organizations, products and services which are commissioned from various Companies, Organizations, PR agencies, Bloggers etc. These commissioned articles are commercial in nature. This is not to be considered as financial advice and should be considered only for information purposes. It does not reflect the views or opinion of our website and is not to be considered an endorsement or a recommendation. We cannot guarantee the accuracy or applicability of any information provided with respect to your individual or personal circumstances. Please seek Professional advice from a qualified professional before making any financial decisions. We link to various third-party websites, affiliate sales networks, and to our advertising partners websites. When you view or click on certain links available on our articles, our partners may compensate us for displaying the content to you or make a purchase or fill a form. This will not incur any additional charges to you. To make things simpler for you to identity or distinguish advertised or sponsored articles or links, you may consider all articles or links hosted on our site as a commercial article placement. We will not be responsible for any loss you may suffer as a result of any omission or inaccuracy on the website. 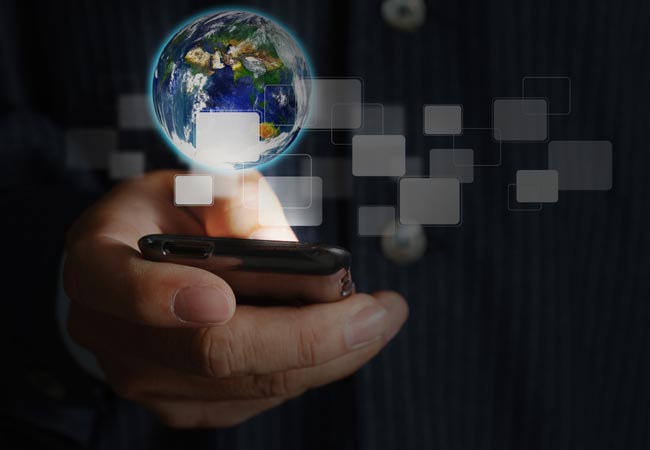 Native versus hybrid is a well-rehearsed debate in the world of mobile app development. For many however, it is a discussion which has not seemed worthwhile for some time.

Facebook went native in 2012 and it felt like the end of the argument. After all, here was the biggest app in the world ditching its HTML5 product for a native replacement. Mark Zuckerberg even referred to Facebook’s original decision to go with HTML5 over native as its “biggest mistake”.

The social media site thought the six month development cycle for a native app was worth it. They were right; the new app provided a much improved user experience or more precisely, a faster user experience.

With native offering reliable, future proof apps with great user experiences, it has long seemed difficult to argue against it.

The argument for hybrid

In the same way as technology is always advancing, hybrid solutions have continued to improve. Not only are there more framework options but many of the downfalls of hybrid apps have lessened, or diminished. In fact, one reason why people choose to go native over hybrid is because they are against HTML5 web apps, not necessarily against hybrid. This is proof in itself the discussion around native or hybrid needs to continue.

For example, hybrid apps can utilise native device functions such as GPS, camera, push notifications, contacts, gyroscope and the accelerometer. They can also include offline capabilities and are not necessarily going to be frowned upon by Apple’s reviewers.

Just as there are flaws in some well known arguments for native, the two main reasons for hybrid need to be questioned too. It is almost certain a hybrid app will require less time and money than a native app. But that is not taking into consideration how end users may react to the finished product, how emerging competitors may cause major changes to be required, or how the app will be maintained or supported.

Whether developing natively or going for a hybrid app, it should always be done in an agile manner. This iterative build cycle uses regular feedback loops with focus groups, test users and the client to significantly reduce the overall development time and cost. Whether changes are needed because key decision makers have changed their mind or if a better option has been found for functionality reasons, an agile approach will highlight these earlier and provide the right working environment in which to make them. Quite simply, the argument isn’t as straight forward as hybrid is cheaper than native.

Operating system support is another factor that requires contextual consideration before advice can be given. In being built specifically for one platform, native apps can be more future proof to newly released operating systems. However, they can also often require developers to drop support for lower OS versions, whereas hybrid apps, in removing OS dependencies can often be more backwards compatible.

Understanding your end users will allow a more informed decision to be made. Mixpanel is currently reporting 92 per cent of iOS devices are now updated to iOS 9 and only 3 per cent are running lower than iOS 8, both of which native apps are likely to support. Android is much more split though, with just 15 per cent of users on the latest operating system and nearly 50 per cent on neither of the latest two.

Finally, user experience is perhaps the most essential consideration. The app market is competitive and there is only a short space of time to impress a user if you don’t want your app to be deleted. Hybrid apps are improving but will never be as fast or smooth as native apps.

Think about the audience, how they will use the app and what situation they will be in at the time. Also consider what the app is trying to do, whether loading lots of rich content, or performing individual, simple functions. In some cases, such as an enterprise form filling app, hybrid will be perfect. In others, such as a social media network with live, rich content, native will be the way to go.

Ultimately, there is no one size fits all approach to app development but by going through a number of careful considerations an informed decision can be made on what is the best route for you.