Navigating a buoyant M&A market: Does the deal corridor with the US or EU offer British companies the better scope for growth?

The UK is at the centre of a buoyant global M&A market.In the first quarter of this year, M&A activity involving British companies surged to $275bn(£196bn) – its highest volume since 2000. In particular, the UK’s two most fruitful deal corridors – M&A with firms in the US and the EU – have had bumper years and in both cases, there are firm signs that this momentum is set to continue.

Yet with Brexit imminent and the uncertainty around the future of President Trump’s ‘America First’ economic policies, both of these avenues also carry risks.In this article, Angus Grierson, Managing Director of LGB Corporate Finance, examines which of the two M&A corridors will grow faster and offers better value for UK firms – and finds that while both offer opportunities, the US comes out just ahead in the short run. 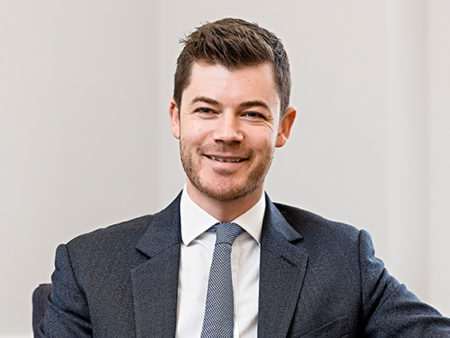 Tech sector leads the way in the UK-US deal corridor

It has been a recent golden period for UK firms acquiring across the pond. There were 109 such deals in the second half of 2017 – nearly 25% more than the previous year, led by mega deals ramping up volumes such as British American Tobacco’s $49.9bn acquisition of Reynolds American.

The M&A trends in the other direction are more mixed, though still encouraging. On the one hand, the UK’s technology sector in particular is the most attractive for American buyers – and one of the chief reasons the deal corridor with US comes out ahead. Last year incoming US tech investment into the UK almost trebled to $22.8bn. Earlier this month, US private equity group Silver Lake agreed to buy ZPG, the company behind property search websites Zoopla and PrimeLocation,and in the fintech and IT sectors over the last year, the UK received more funds from US investors than any other European country – highlighting increasingly marked interest in Britain’s technology sector, and international recognition of the growing importance of the world-class ecosystem of tech companies in the UK.

M&A looks set to continue accelerating thanks to the hefty corporate tax cuts implemented by the US government in December. Corporate rates fell from 35% to 21%, companies are flush with cash waiting to be deployed to strike deals, combined with a huge amount of dry powder available – private equity managers today are sitting on a record $963.3 billion– the signs are positive for increased potential M&A activity.

On the other hand, investors are jittery about unpredictable US trade policy stemming from President Trump’s ‘America First’ platform. US steel tariffs, for example, could be a factor, though it was recently announced that EU companies will be exempt. Another consideration is the risks posed by rising interest rates, as the Federal Reserve begins to unwind a decade of easy monetary policy.  There are also regulatory factors that might affect the US-UK M&A corridor, especially hardening regulation in the tech sector.

Brexit clearly poses the biggest unknown with regards to the M&A corridor between the UK and the EU – but for now, at least, news remains largely encouraging. In fact, according to figures by the Office of National Statistics, the UK’s referendum vote triggered a substantial increase in spending from buyers overseas into UK companies, partly attributed to the sliding value of the pound.

Inbound acquisitions have since slowed, falling last year, though this was from a record high. But even so, the value of M&A deals between the UK and the rest of Europe more than doubled in the first half of last year, from $14.6bn to more than $32.4bn. This trend is continuing, likely as a result of British businesses looking to consolidate their position in EU markets ahead of a deal being finalised.

As in the US, eurozone interest rates are also a key factor influencing the region’s growth – though public pronouncements suggest that short term rates are set to remain at very low levels. European financing conditions are favourable, and this will drive deals over the next twelve months.

What’s more, M&A activity within the EU grew strongly last year, suggesting a vibrant market that is largely resistant to political uncertainty not just in Britain, but also elsewhere in the region. Overall deal value jumped 14% to $929bn, according to the latest CMS European M&A Study – and activity levels appear to have sustained their momentum into this year.

However, much depends on the nature of the Brexit deal that is ultimately agreed – which is why there is probably more uncertainty over M&A prospects in this corridor than in the US deal corridor. The thorny issue of passporting rights – more than 8,000 financial services firms based in the EU or the European Economic Area rely on single market passports to do business in the UK– weakens deal sentiment until the future becomes less hazy and the mood of trepidation lifts over the city.

Whichever deal corridor does ultimately prove most active, it is clear that UK firms offer an attractive proposition for overseas investment thanks to its language, business culture and fiscal governance.

Though both deal corridors show much promise and a case can be made for either, it is UK-US M&A which appears likely to offer the best prospects for growth, at least until the uncertainty around Brexit is allayed.

Last year broke all records for investment in the UK’s technology sector, with British companies – and London-based firms in particular – continuing to attract more funding than their counterparts in any other European city.

The tech sector will continue to be one of the key drivers, having by far outstripped the number of deals in any other sector over the past couple of years. Out of the enshrined innovation centres of California, New York and London in particular, we’ll continue to see pioneering growth companies of tomorrow that drive technological demand, social change, business and globalisation.

British acquisitions of US firms are hitting new highs, a trend which shows renewed momentum so far this year. Meanwhile, though US buyers seem to have at least temporarily paused for breath, their additional cash reserves as corporate tax rates have fallen – alongside the trillion dollars of private equity funds that are still be deployed – suggest a very fruitful M&A pipeline over the next year.

UK employment sector set for huge shift: Over 1.5 million people to trade in full-time work for ‘the gig economy’