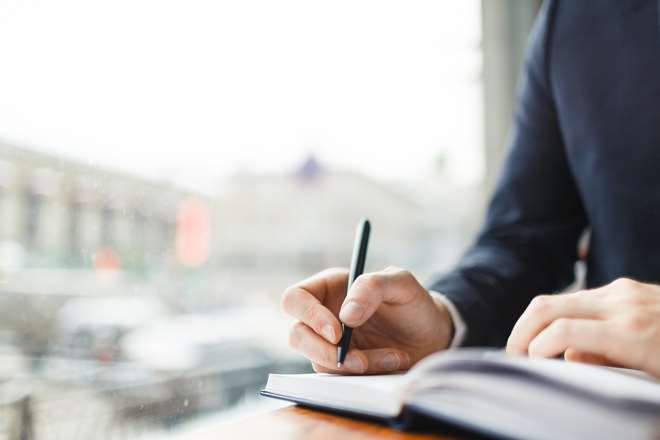 A new tool released today from Wordery  allows you to find out how long it would take the world’s highest paid authors to earn  your salary using a break down of their earnings based on the Forbes Rich List.

When you think of getting on the forbes rich list and making a million, putting pen to paper might not be the first idea that springs to mind. However for some some of our favorite authors, taking their passion of storytelling and sharing it with the masses has led to earning millions every year.

Although Footballers, Actors or Lawyers may be more likely to make a million, there’s always an exception that rule. Writers who hit the jackpot thanks to a loyal fan base, celebrity status or creating world famous characters are far from the image of a struggling writer trying to make ends meet.

K Rowling takes the crown as the highest paid author

When it comes to thetop of the table, it might not be a huge surprise that J. K Rowling takes the crown as the highest paid author. The Harry Potter creator has been estimated to have earned $95 million (£71.2 million)  in the year ending May 31 2017. The figure is equivalent to $180 (£136) per minute – due in no small part to the release of her play manuscript for Harry Potter and the Cursed Child, which sold more than  680,000 print copies in the UK in the first three days on sale last summer, making it the fastest selling book since the final Harry Potter novel.

In second placeon this prestigious list is American author and philanthropist, James Patterson. In addition to writing the thriller novels for which he is best known, Patterson has written mystery, romance and even children’s novels and was the first author to get #1 titles simultaneously on the New York Times adult and children’s bestseller lists. This success has led to a cool $87 million (£65.2 million) yearly earnings which breaks down to $166 (£125) a minute.

Coming in third is Diary of a Wimpy Kid author Jeff Kinney. In 2006, Jeff signed a multi-book deal with publisher Harry N. Abrams, Inc. to turn his eight year workings of Diary of a Wimpy Kid into a print series. The first Diary of a Wimpy Kid book was published in 2007 and became an instant bestseller. Just a year later, more than 100,000 copies were in print in the United States alone. With each subsequent book, in-print numbers continue to grow exponentially both in the U.S. and around the world.

Taking 4th place on the list of highest paid authors is Dan Brown, American author of thriller novels Angels & Demons and The Da Vinci Code. The Da Vinci Code, arguably one of Brown’s most famous novels, released in 2003 sold over 30 million copies. The Da Vinci Code was a major success outsold that year only by our number one best selling author J. K. Rowling with  Harry Potter and the Order of the Phoenix.

5th place belongs to horror writer Stephen King who has written at least 87 books dating from 1974 to 2018. His vast career as a writer has seen over 350 million copies of his books sold and with many being adapted into feature films, miniseries, television series, and comic books.

The average typing speed is 41 words per minute, meaning our highest paid author, JK Rowling earns roughly $4.37 (£3.40) per word. Writing is a career in which it is notoriously difficult to achieve success; but not for these authors. Meet the world’s top earning authors who made the top 5 on the Forbes highest paid authors rich list who collectively earn over $238 million (£178 million) in a year.

Barry Magennis, spokesperson for Wordery, comments “Authors don’t tend to pick a career in writing for the huge profits, fame or fortune but for writers like JK Rowling or Stephen King they have become as well known as the film stars they’ve written characters for.

These five authors have build huge fan bases all over the world with stories of horror, fantasy, action and children’s novels whilst earning multi millions along the way.”

Still struggling to get your head around how much that is in the real world? Visit Wordery for more information on this new interactive tool.