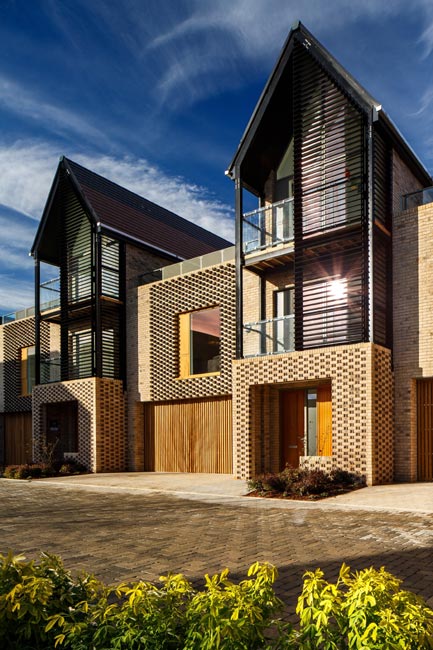 The city of Cambridge was recently awarded the number one spot in Grant Thornton’s Vibrant Economy Index.[1] The index ranked 324 local authority areas on six categories, aiming to identify the place with the best balance between economic growth, social equality, health and happiness. The newly launched ‘Windham’ house design at Countryside’s Abode development in Great Kneighton, Cambridge, is perfect for families looking for a modern home in one of the UK’s most welcoming, and forward-thinking cities.

The index emphasised that strong economic performance did not always translate into a healthy, happy place to live, in which individuals feel part of their community. Cambridge scored particularly highly in the ‘Dynamism and Opportunity’ category, owing to its renowned tech cluster, which is a serious rival to London’s Silicon Roundabout, and more than 10 times the national average number of patent registrations. However, it also importantly scored extremely well in ‘Community, Trust and Belonging’, which measures how safe and engaged people feel in their community.

Abode is a collection of contemporary two and three-bedroom apartments and four and five-bedroom houses that forms part of Great Kneighton, an exciting new community being created on the southern fringe of Cambridge. Great Kneighton offers a range of amenities, abundant green spaces, including a 120-acre park, and excellent transport links that provide a quick and easy commute to Cambridge train station, and into the city centre.

David Everett, Managing Director of Countryside’s New Homes & Communities Central Division, comments: “Famous for being one of the UK’s most historic cities, Cambridge is also one of its most progressive. This index shows that a vibrant economy is not just an economically prosperous one, but one where everyone benefits from economic growth, people are engaged in the local community, and have the opportunity to lead healthy, active, and fulfilling lives. At Abode, residents can enjoy the very best that Cambridge has to offer, in a home that is as innovative as the city it’s in.”

The Windham is an exceptional family home which is both architecturally striking and environmentally conscious. Interior space and light is maximised with full height windows, creating airy rooms that are inviting and calming, perfect for contemporary living. The ground floor is home to an integrated double garage with a fully automated gate and bicycle storage. The large open-plan kitchen/dining/family room, includes a full range of energy efficient, integrated appliances, and two sets of double doors which open onto the central courtyard.

Three double bedrooms can be found on the first floor, joined by a separate living area, with large glazed doors leading onto the first private terrace overlooking the courtyard. On the second floor is the expansive master bedroom, which boasts its own larger private terrace, dressing area and en-suite, and a third terrace, which can be accessed via the main hallway.

Abode is only a short walk from the Great Kneighton access point for the Cambridgeshire Guided Busway, which provides a five-minute journey to Cambridge train station, and then into the city centre. Frequent services from the station into London King’s Cross take as little as 49 minutes, making Cambridge a popular choice with commuters. The development is also just a few minutes from the M11 for London, Stansted Airport and the nearby towns of Newmarket, Huntingdon and Norwich.

High Quality Homes Without The High Price Tag In Tooting