New kids on the block: What threats will neobanks face in 2022, and where will the opportunities lie?

Cryptoverse: Bitcoin digs in for a bumpy new year

When the AI goes haywire, bring on the humans

Shoring up cyber defences in the remote working era
Our website publishes news, press releases, opinion and advertorials on various financial organizations, products and services which are commissioned from various Companies, Organizations, PR agencies, Bloggers etc. These commissioned articles are commercial in nature. This is not to be considered as financial advice and should be considered only for information purposes. It does not reflect the views or opinion of our website and is not to be considered an endorsement or a recommendation. We cannot guarantee the accuracy or applicability of any information provided with respect to your individual or personal circumstances. Please seek Professional advice from a qualified professional before making any financial decisions. We link to various third-party websites, affiliate sales networks, and to our advertising partners websites. When you view or click on certain links available on our articles, our partners may compensate us for displaying the content to you or make a purchase or fill a form. This will not incur any additional charges to you. To make things simpler for you to identity or distinguish advertised or sponsored articles or links, you may consider all articles or links hosted on our site as a commercial article placement. We will not be responsible for any loss you may suffer as a result of any omission or inaccuracy on the website. 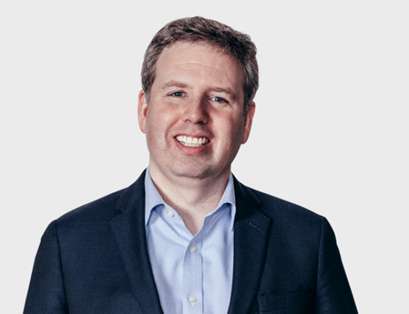 Their numbers have exploded since the pandemic began, but neobank entrants face will face multiple hurdles along the path to truly securing their future. Dave Murphy Head of Financial Services EMEA & APAC at Publicis Sapient looks at the challenges and gives his five-point strategy checklist for digital entrants in the year ahead.

The world population of neobanks – new digital-only players mainly targeting retail markets – and small banks – has increased at breakneck speed during the pandemic. Research by Publicis Sapient shows that of the roughly 240 new players operating globally in April 2021, more than twenty per cent had launched in the previous twelve months, as Covid-19 spread around the world.

Then Covid-driven acceleration of digitisation of financial services, is a global trend, with dramatic impact: in little more than a year Saudi Arabia, for example, has been transformed from an overwhelmingly cash-based economy to one dominated by digital payments, thanks largely to STC Pay, the digital payments arm of Saudi Telecom.

Similar, if not as wholesale, transitions have played out everywhere, and it is tempting to see the pandemic as a global game-changer for neobanks. Digital finance has been hugely boosted by the Covid effect. But we are already realising that many of the recent entrants will ultimately struggle to survive, and that the competitive landscape for neobanks is far more complicated and varied than the recent rush into digital channels might suggest.

Regionally, the profile of neobanks varies considerably. The UK, for example, has numerous full-service digital banks replicating the proposition of traditional players, whereas the US has very few. This is largely because UK entrants find it much easier to obtain a banking licence than those in the US, where only one – Varo – has done so. Chime, the leading US neobank, has more than 25m users but no banking licence. Others are responding to a challenging growth environment by shifting to banking-as-a-service software-based models.

Most US neobanks partner with traditional banks that provide their “back-end” banking services under contract, while the majority of their revenues come from payments. In Europe, by contrast, where entrants find it easier to obtain a banking licence, lending is becoming an increasingly important source of income, with net interest margins and service fees supplementing revenue from a payments market that is less lucrative than the US.

South America is like north, in that most neobanks must form partnerships with traditional players and rely on payment commissions for the bulk of their revenues. However, Brazil has been a particularly fertile market and now has nineteen neobanks, including Nubank, with 40m users by far the region’s biggest player. Nubank, which makes most of its revenues from payments and interest on credit card balances, is heading for a $50bn IPO on Wall Street.

The picture in Asia is varied, with super-apps such as Tencent, WeChat, Grab and others making inroads via digital payments. Korea has more full-service neobanks, while many Chinese entrants focus on small business owners. Australian neobanks have tended to pursue full-service models, with a greater focus on business customers, but intense competition in this mature market has forced two of the country’s four neobanks, Xinja and 86400, to leave the market.

The typical pattern for neobanks so far has been to launch with a few “signature” features – such as low-cost FX and international money transfers (Revolut), fee-free credit cards (Nubank), business accounts (Tide) – and progressively evolve the proposition to include a broader range of services. In some cases, such as the German neobank N26 and Revolut, the aim is ultimately to create a multi-country, full-service digital bank encompassing current accounts, lending, insurance and investments.

But this strategy faces many potential obstacles. Retail banking, like many consumer markets, is very culturally specific – what works in one country may not work in a near neighbour. Regulation of areas such as deposit-taking and payments varies between countries and regions, making established business models less transferrable. Many developed markets are significantly overbanked, posing huge hurdles in the path of a full-service entrant, as N26 found in the UK. In some markets, including the UK, traditional banks are gradually narrowing the technology lead that early fintech entrants have enjoyed, reducing the scope for neobanks to differentiate on functionality alone.

Factors such as these help to explain why, for example, Nubank was able to build a large credit card business in Brazil, where the incumbents were slow, expensive and had poor technology. Doing the same in Europe would have been much more challenging. Equally, differences between European and US regulation help to explain why European entrants such as Monzo and N26 have abandoned attempts to expand into the US, given the challenges of creating full-service digital banks from the ground up in that market.

As the digitisation of retail banking advances, the competitive threats to neobank entrants multiply. PayPal is developing its offering to look more like a digital bank, with payments, deposits, savings, rewards through its acquisition of Honey in 2020, and even cyptocurrencies. And JP Morgan has launched Chase in the UK as a neobank that offers one per cent cash back on purchases using its debit card. For neobanks that rely on payments for their main revenue stream, or that must compete for deposits to fund their lending, these developments will be a cause for concern.

The odds of success for a standard neobank launch today are low. Numerous attempts have failed including N26 in the UK and US, Bó in the UK, Xinja and 86,400 in Australia, JP Morgan’s first iteration, Finn, Google’s Google Plex venture and Uber Money. So what are the possible routes to success in retail banking markets that are becoming increasingly competitive?

Options might include financially marginalised consumers (eg Credit Sesame in the US), young people (NatWest’s acquisition of RoosterMoney in the UK, Greenlight and Current in the US), families (Apple Card Family in the US), freelancers and microbusinesses (Tide and HSBC Kinetic in the UK) and small companies (Agicap in France) including those that need help with international trade (AGTB in UAE).

Specialising in one, expanding, group increases your chances of getting the proposition right and gaining new customers. Tide and Metal are targeting the 10m plus workers with volatile incomes in the UK and Lance are targeting the 60m equivalent group in the USA.

Curve’s Go Back in Time feature allows users to switch past payments to any card they wish or turn a completed payment into a loan to be repaid in future. This repackaging of traditional products provides a powerful source of differentiation

Most banking apps look the same, but for digital products the user interface effectively is the brand. It offers a golden opportunity to create a unique identity for the bank

JP Morgan did this with Chase by using revenues from its huge merchant services operation to fund its one per cent cashback offer on debit card purchases. Is there an existing business footprint – whether in banking or another sector, such as retail or telecoms – that you can use to strengthen and differentiate your neobank proposition? Can it be built into the app design to create a distinctive experience that makes your offer stand out?