Oh we do like to invest beside the seaside!

Meanwhile, travel marketing company Sojern has reported a 23.8% rise in the number of Brits planning a UK summer break for 2017, with Brexit believed to be a key influencing factor in many families’ decision to opt for a UK break.

This is excellent news for the UK’s seaside hotels, as well as for those who invest in them.

“UK hotel rooms are hot property right now when it comes to investments that offer impressive returns. They outshine buy-to-let in several ways – there’s no stamp duty, no buy-to-let tax issues and a comparatively low entry point. For investors from overseas, there’s also the ongoing favourable exchange rate, with the pound not yet fully recovering from the UK’s decision to leave the EU.”

While the pound has recovered somewhat since the EU referendum, it is still some 16% lower against the dollar and 14% lower against the euro than it was before the vote. Many investors are taking advantage of this fact to increase their stock of UK hotel rooms, with returns of around 10% tempting many to opt for these instead of for buy-to-let opportunities. 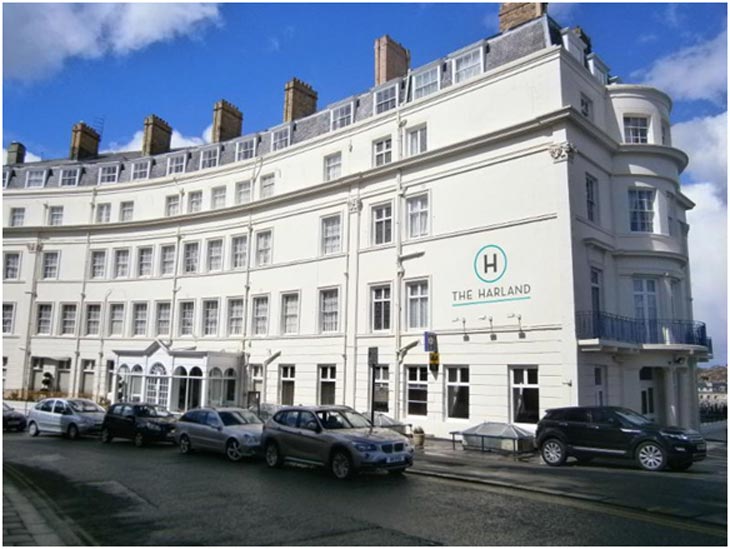 Savills reports that investment in UK hotels has already reached £2 billion in the first half of 2017. If the firm’s projections play out, investment for the year will hit £5.1 billion, an increase of 28% over 2016.

The current popularity of UK seaside hotels is reminiscent of the Victorian era – the UK’s seaside towns are enjoying a significant revival.

Scarborough in North Yorkshire is an excellent example. According to Visit Britain figures, the county as a whole enjoyed a 4.56% rise in tourism in 2016, with a 15.52% rise in total visitor expenditure. Scarborough’s majestic Harland Hotel is one of those properties reaping the benefits.

From its commanding position overlooking Scarborough’s south bay, The Harland offers rooms for investment from £60,000, with 10% NET income for the next decade. Then there’s the 125% defined buy-back option. 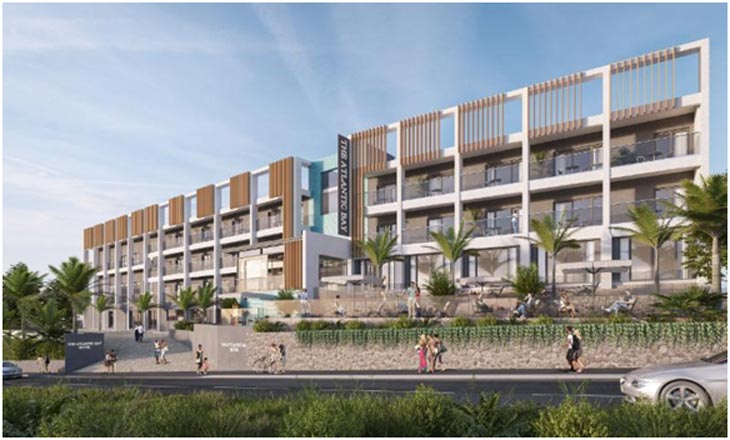 “The Harland Hotel is precisely the kind of location that investors are seeking out in the UK. Investors are keen to tap into this increasingly lucrative market. At a time when other types of residential investment are being squeezed in terms of the profits they can offer, seaside hotels offer an exciting opportunity to take advantage of a range of market conditions.”

The story is the same in Woolacombe, North Devon, voted Britain’s Best Beach by TripAdvisor for 2015 and 2016. Rooms at the  Atlantic Bay Hotel are being snapped up by domestic and international investors alike, as the ongoing potential of the British seaside tourism market becomes increasingly apparent. A survey conducted by CBRE earlier this year found that the UK had the most appealing market in Europe when it came to hotel investment.

“Brexit will take time but the wheels of the economy will still turn and there is no doubt that the UK’s particularly strong economic fundamentals will further underpin investor confidence in purchasing UK property.”

Visit Britain projects that the UK tourism sector will grow by 3.8% per year between now and 2025. As tourism growth continues to outpace that of the country’s overall economy, the seaside hotel sector looks set to continue being one of the main beneficiaries.