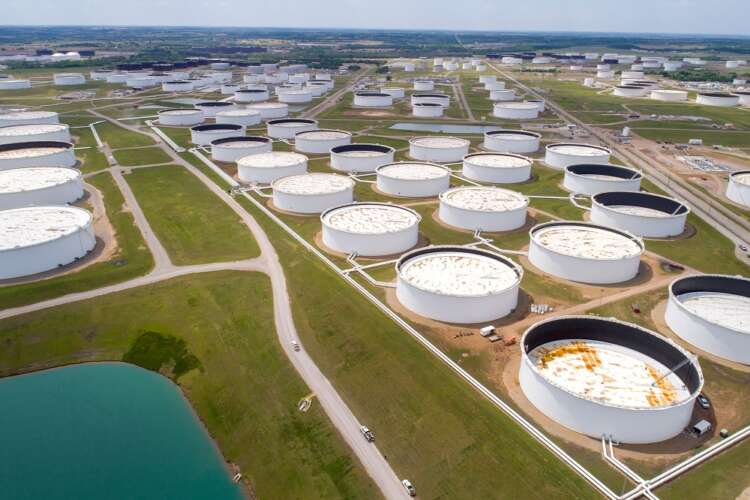 NEW YORK (Reuters) -Oil edged up after turning positive in volatile trade on Friday following supportive U.S. economic news, but prices were on track to decline this week as expectations for more supply and a rise in coronavirus cases that raised demand concerns.

U.S. retail sales unexpectedly increased in June as demand for goods remained strong even as spending is shifting back to services, bolstering expectations that economic growth accelerated in the second quarter.

Saudi Arabia and the United Arab Emirates reached a compromise earlier this week, paving the way for OPEC+ producers to finalise a deal to increase production.

“The longer it takes for OPEC+ to announce an extraordinary meeting to vote on the extra barrels, the more it implies other OPEC+ member may also want increases to their baseline quota,” said Bob Yawger, director of energy futures at Mizuho in New York, noting reports Iraq was seeking to increase its baseline.

OPEC+, which groups the Organization of the Petroleum Exporting Countries with Russia and other producers, had earlier failed to agree after the UAE sought a higher baseline for measuring its output cuts.

OPEC, meanwhile, said on Thursday it expects world oil demand to increase next year to around levels seen before the pandemic, about 100 million barrels per day (bpd), led by demand growth in the United States, China and India.

But the rise in new coronavirus cases around the world could trigger new lockdowns that could reduce recent bullish oil demand forecasts.

In the United States, Los Angeles County will reimpose its mask mandate this weekend in the latest sign that public health officials are struggling with an alarming rise in coronavirus cases tied to the highly contagious Delta variant.

Britain reported its highest number of new COVID-19 cases in more than six months on Friday, days before the government plans to relax curbs on pubs, restaurants and nightclubs in England and ease requirements to wear masks.

(Additional reporting by Ahmad Ghaddar in London, Aaron Sheldrick in Tokyo and Florence Tan in Singapore; Editing by Marguerita Choy and Louise Heavens)

Here’s How To Secure Your Financial Future With Ease