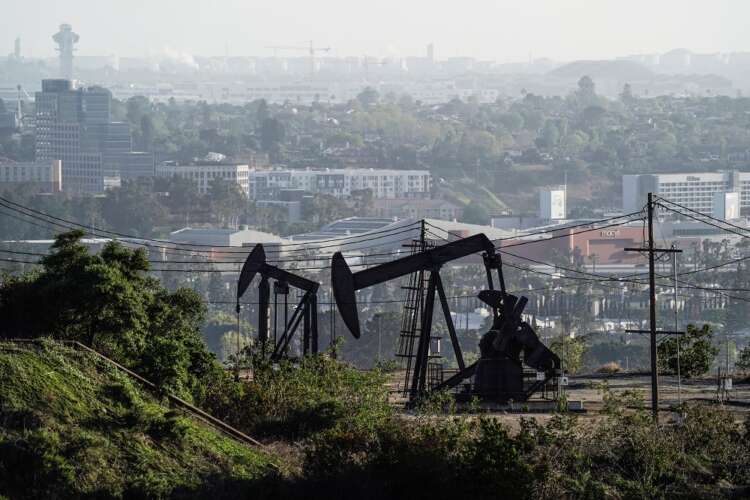 The Russian comments on peace talks and U.S. President Joe Biden accusing Russia of genocide reinforced the view “the Ukraine-Russia situation will not be de-escalating any time soon,” Halley said.

Russian President Vladimir Putin on Tuesday blamed Ukraine for derailing peace talks and said Moscow would continue what it calls a “special military operation” to disarm its neighbour.

Crude futures also drew support from Russian oil and gas condensate production falling to below 10 million barrels per day (bpd) on Monday, its lowest since July 2020.

The International Energy Agency (IEA) on Tuesday said it expected Russian oil output losses to average 1.5 million bpd in April, with losses growing to close to 3 million bpd from May.

Western sanctions against Russia and logistical constraints have hampered trade, people familiar with the data said on Tuesday.

The Organization of the Petroleum Exporting Countries (OPEC), has said it would be impossible to replace expected supply losses from Russia and that it would not pump more crude.

Reports this week of a partial easing of some of China’s tight COVID-19 lockdown measures also underpinned oil prices on the basis they could lead to increased demand.

However, weak data from China and also Japan limited the oil price rise.

Japan reported its biggest monthly fall in core machinery orders in nearly two years, dragged down by a steep drop in demand from IT and other service companies.

OPEC on Tuesday cut its forecast for 2022 global oil demand growth, citing the impact of Russia’s invasion of Ukraine, rising inflation as crude prices soar and the resurgence of the Omicron coronavirus variant in China.