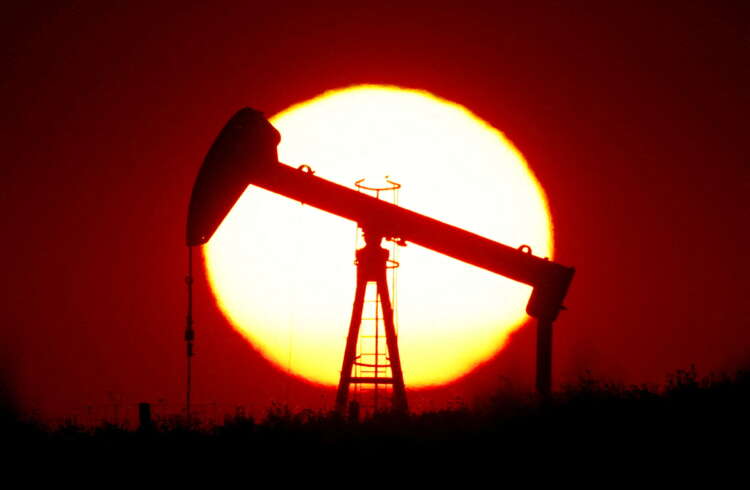 By Naveen Thukral and Roslan Khasawneh

SINGAPORE (Reuters) -Oil steadied on Thursday, clawing back losses earlier in the session, as strong demand and short-term supply disruptions continue to support prices close to their highest levels since late 2014.

“The International Energy Agency said global oil demand is on track to hit pre-pandemic levels,” analysts at ANZ bank said in a note.

“Shorter-term supply disruptions are also helping tighten markets. Brent crude rallied sharply after reports a key oil pipeline running from Iraq to Turkey was knocked out by an explosion.”

However, the flow of crude oil through the Kirkuk-Ceyhan pipeline has resumed, after it was halted on Tuesday due to a blast near the pipeline in the southeastern Turkish province of Kahramanmaras, officials said on Wednesday.

Supply concerns have mounted this week after Yemen’s Houthi group attacked the United Arab Emirates, the third-largest producer in the Organization of the Petroleum Exporting Countries (OPEC). Meanwhile Russia, the world’s second-largest oil producer, has built up a large troop presence near Ukraine’s border, stoking fears of invasion and subsequent supply uncertainties.

Underpinning oil prices is the broad post-coronavirus pandemic recovery in demand for fuel.

OPEC officials and analysts say that an oil rally may continue in the next few months, and prices could top $100 a barrel as demand shrugs of the spread of the Omicron COVID-19 variant.

OPEC+, which groups the cartel with Russia and other producers, is struggling to hit a monthly output increase target of 400,000 barrels per day (bpd).