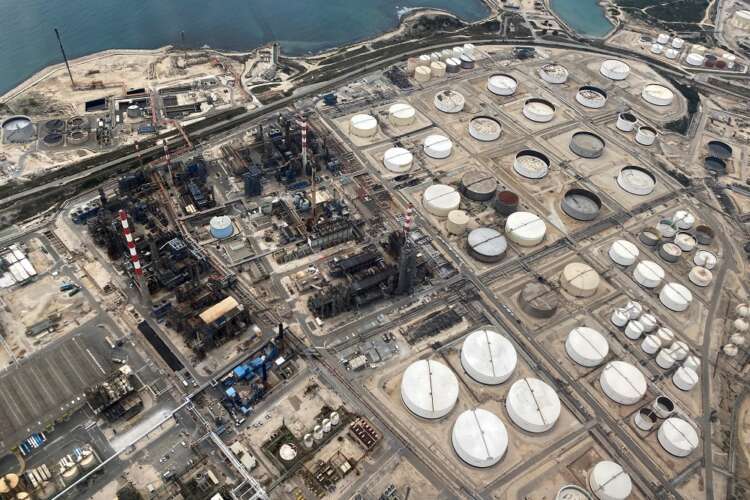 LONDON – Oil prices rebounded in volatile trading on Tuesday as the market weighed concerns over Russian supply and Chinese demand.

Brent and WTI had settled about 4% down on Monday and touched respective lows on Tuesday of $101.08 and $97.06 a barrel, pressured by concerns over demand in China, the world’s largest crude oil importer.

Chinese capital Beijing has expanded its COVID-19 mass testing to much of the city of nearly 22 million as the population braces for a lockdown similar to Shanghai’s stringent curbs.

But Brent rose by $2/bbl earlier in the session after the People’s Bank of China said it will step up monetary policy support to the real economy.

The prospect of supply tightness in the physical market related to the phasing out of Russian oil also added to bullish sentiment.

Germany hopes to replace all deliveries of oil from Russia in a matter of days, Economy Minister Robert Habeck said on Tuesday.

Analysts said the release of oil from emergency reserves had eased concerns over tight supply to a certain extent.

“Focus has shifted towards the demand side of the equation and worries about prolonged supply disruptions have greatly been mitigated by the release of 240 million bbls of SPR oil by IEA members and by the ostensible, albeit somewhat obscured, dealing in Russian oil,” said Tamas Varga of oil broker PVM.

In a bearish signal for oil markets, five analysts polled by Reuters estimated on average that U.S. crude inventories had increased by 2.2 million barrels in the week to April 22.

The poll was conducted ahead of the release of the inventory report from the American Petroleum Institute at 4:30 p.m. EDT (2030 GMT) on Tuesday. The official government Energy Information Administration data is due out on Wednesday.

Separately, the CPC pipeline and Black Sea terminal, which ship about 80% of Kazakh crude exports, returned to full capacity on April 23 after working at half capacity for several weeks owing to storm-damaged mooring points.

(Additional reporting by Mohi Narayan in New Delhi and Liz Hampton in Denver; Editing by Louise Heavens and David Goodman)