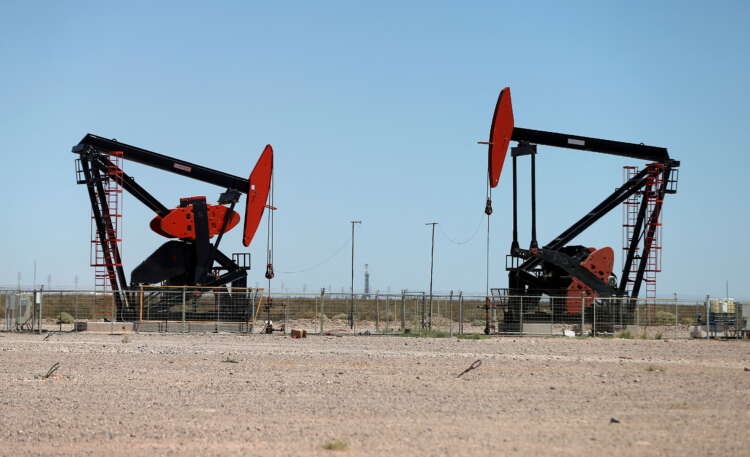 MELBOURNE (Reuters) – Oil prices slipped on Thursday, trimming big gains from the previous two sessions, amid uncertainty over near-term demand as cases of the highly contagious Omicron variant of the coronavirus surge around the globe.

Data from the U.S. Energy Information Administration on Wednesday showed fuel demand has taken a hit from Omicron, with gasoline stockpiles increasing by 8 million barrels in the week to Jan. 7, compared with analyst expectations for 2.4 million-barrel rise.[EIA/S]

“Gasoline demand was weaker-than-expected and still below pre-pandemic levels, and if this becomes a trend, oil won’t be able to continue to push higher,” OANDA analyst Edward Moya said in a note.

However, Moya added, the Omicron impact is expected to short-lived.

The market had earlier latched on to a bigger drawdown than expected in crude inventories and the fact that stockpiles are at their lowest since October 2018, pushing Brent and WTI to touch their highest in two months on Wednesday.

“In reality, the weekly EIA report was less bullish than the headline number, as total crude oil inventories fell 4.8 million barrels but were more than offset by a stock build across refined products,” Citi said in a note.

ANZ Research pointed to commercial flight numbers running at 16% below 2019 levels for the week to Jan. 11. That was at least better than in the last week of December, when numbers were down 20% on pre-pandemic levels, according to FlightRadar 24.

Still, U.S. supplies are set to rise as producers are paving the way for faster production by expanding well completions in the country’s top shale oil field, the Permian Basin of west Texas and New Mexico, according to research data.