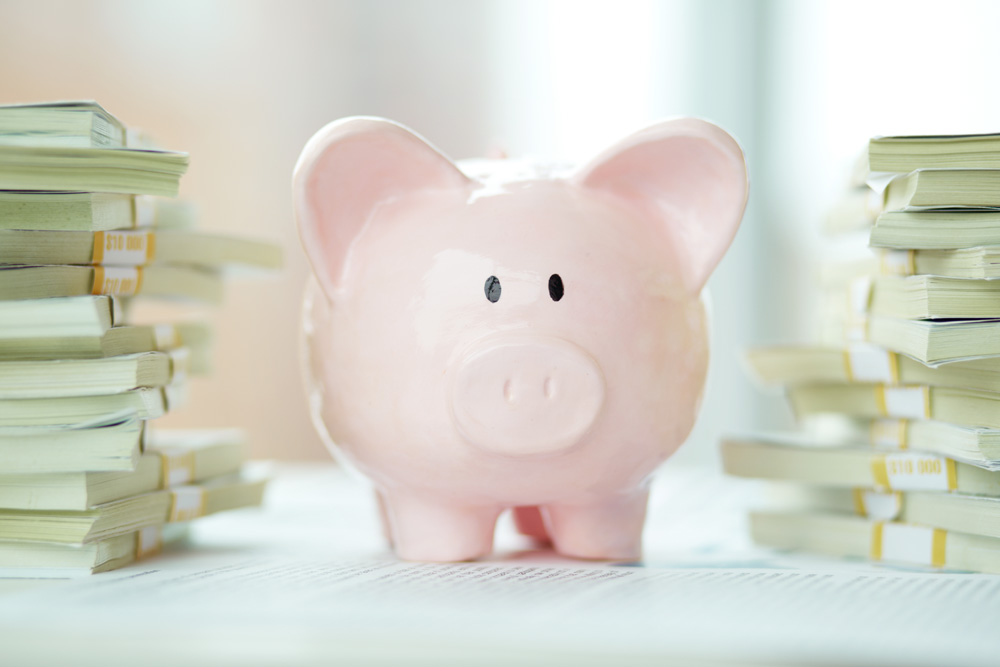 One in ten Brits still stash cash under their mattress, according to a new study by pension advice specialist, Portafina.

The research, which polled more than 1,500 UK adults, looked at the average amount of cash carried, and hoarded at home, plus opinions on the impact of becoming a cashless society.

With digital payment methods becoming increasing accessible, it’s no surprise that the average Brit is carrying just £28 in 2017. Men typically carry significantly more money than women (£37 versus £19), and people living in Dublin carry the most (a massive £197 on average) in contrast to people living in Liverpool, who carry the least (£16 on average).

Whilst digital payment options may mean there is less need to keep cash to hand, 77% still proactively stash notes or coins at home; with 41% storing loose change in a jar, and 10% even hiding money under their bed or mattress.

When considering what impact going cashless may have on day-to-day life, two in ten (20%) said it would have a big effect as they are currently paid in cash.

More than a third (37%) admitted they would be less likely to be able to give money to the homeless if we went cashless.

Overall, the perception was that digital payments are often quicker, but cash remains key – both on a practical level (not every transaction can be made digitally) and an emotional one (notes and coins are palpable items of value).

In addition, Portafina asked tomorrow’s earners and spenders (518 children aged 13-172) when they believe we may be living in a cashless society. The average year stated was 2031, but do the experts agree?

Nationwide Building Society’s Director of Payments, Paul Horlock said: “Ever since the advent of the credit card, society has been on a general drive towards a cashless society. This has gathered pace over the last 10 years with the advent of the contactless card which has started to make inroads into traditionally cash based transactions (low value).

“At Nationwide we have seen almost exponential growth in the use of contactless and an unparalleled reduction in ATM usage over the past two years which is a strong indicator of the move towards a cashless society.

“The introduction of digital based payment mechanisms like Apple pay and Android pay are further cementing the move away from cash as the payment method of choice. We have also seen an increasing migration to shopping online for goods previously bought on the high street which also helps drive cash usage down.

“Moving to a cashless society requires core behaviour shifts which in some generations would just not be likely unless it was mandated by the Government. It is unlikely we will see a true cashless society within the next 20 to 30 years but with some Government intervention we could see a real move towards this by 2050.”

Jamie Smith-Thompson, managing director at Portafina, added: “Digital payment methods have undoubtedly become mainstream in the last decade and we are clearly approaching a tipping point where a cashless society becomes a reality for most people in the not too distant future. However, it must work for everyone.

“The internet, direct payments and online buying are enjoyed by the majority of people, but access is still restricted either through age, internet skills, lifestyle or income. If the government and financial institutions are going to back such a move to a truly cashless society, it will need a well-designed infrastructure which is totally inclusive and accessible to allow people to manage their money.

“From a psychological point of view, people still like physical notes and coins because it is tangible wealth and financial security in the palm of their hand. It will take a few years for people to feel comfortable with just a number on a screen – even if ‘going cashless’ in the long run makes tracking spending and completing financial transactions simpler, easier and safer.”

Spotlight on: Demonetization in India