One million without power as Ida leaves trail of destruction 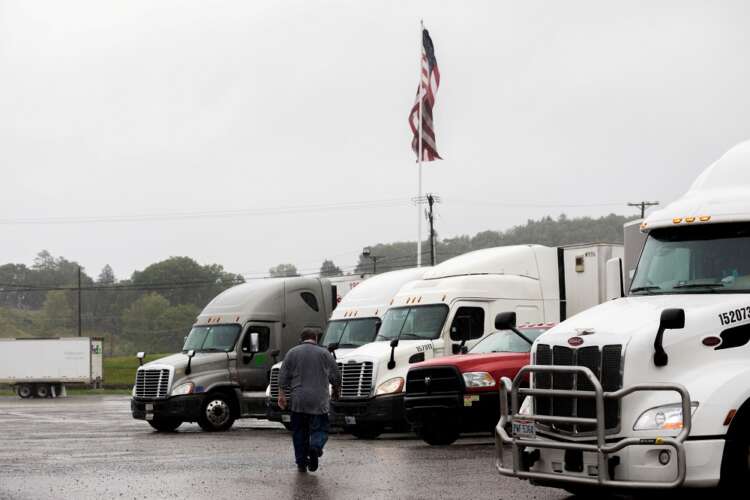 HOUMA, La. (Reuters) -Evacuees who fled Ida before the powerful hurricane devastated southern Louisiana are being urged not to return home yet with power out across the region and officials scrambling to supply water and other essentials with a heat warning in effect.

Three days after the Category 4 hurricane came ashore, more than a million homes and businesses remained without electricity in Louisiana and Mississippi, although power was restored to some customers in the eastern part of New Orleans on Wednesday morning, Entergy Corp said. The utility warned it may take weeks to return service in some areas where transmission towers had crumpled into heaps of metal.

The number of fatalities rose to six on Wednesday following the confirmed deaths of two electricity workers in Alabama who had been repairing the power grid, according to an executive with Pike Electric, a utilities provider. Thousands more were in misery, with countless homes destroyed and towns flooded, evoking memories of Hurricane Katrina, which killed some 1,800 and nearly destroyed New Orleans 16 years ago.

Main Street in Houma, one of the hard-hit cities south of New Orleans, was lined with metal and wood that had peeled off of buildings. A tattoo parlor’s front door was destroyed and glass was strewn all along the road.

“Never again,” said Danna Schwab, 56, of her decision to ride out the storm in Houma and the hours she and her daughter spent pushing against a window to prevent it from blowing out. “It was so scary.”

Although weakened, Ida’s remnants combined with another front on Wednesday to bring heavy rains across a wide swath of the Northeast, from northern Virginia and western Pennsylvania to southern New England, the National Weather Service said, triggering “potentially life-threatening” flooding https://www.wpc.ncep.noaa.gov/qpf/ero.php?opt=curr&day=1.

As the system drifts eastward, it is expected to dump 3-8 inches (8-20 cm) in the area, flooding numerous rivers and roadways before moving over the Atlantic Ocean on Thursday morning, NWS meteorologist Marc Chenard said.

“We’re expecting pretty widespread flooding and flash flooding across that region, some of which will likely be significant,” Chenard said by phone.

Amid signs of desperation, cars lined up for at least three miles for gasoline at a station in New Orleans, while in Terrebonne Parish volunteers distributed drinking water to residents who had formed a queue of nearly a mile.

Officials of Terrebonne, which includes Houma, issued a statement telling residents they could return to the area but warned about the lack of electricity and basic services.

“We feel it is important that you know that there are no shelters, no electricity, very limited resources for food, gasoline and supplies and absolutely no medical services!” the local Office of Homeland Security and Emergency Preparedness said on Twitter.

Federal and local officials said their immediate focus was on getting water, food and ice to the most vulnerable, especially the elderly without air conditioning to cope with elevated temperatures. The NWS has issued warnings for parts of Louisiana and Mississippi, with a heat index rising above 100 degrees Fahrenheit (38 degrees Celsius).

“We will get into a phase where we are looking at infrastructure, roads, bridges and whatnot,” Mississippi Emergency Management Agency Executive Director Stephen McCraney told a news conference, adding that 184 roads and 53 bridges were damaged in the state, and 30,000 households were still without power. “But if I don’t save a person that bridge doesn’t really mean a whole lot to me – that is where our focus is.”

In Louisiana about 990,000 customers were still without electricity, according to PowerOutage.com.

OUTSIDE THE LEVEE SYSTEM

The damage in the New Orleans metro area would have been much worse if not for the $14.5 billion levee and flood wall system built after Katrina to protect New Orleans. Areas outside the system’s perimeter suffered the most damage. In Jean Lafitte, a levee that was not part of the system was overwhelmed by floodwater, inundating the town just south of New Orleans.

“Katrina didn’t bring water,” Timothy Kerner Sr., a state lawmaker whose district includes Jean Lafitte, told Reuters in a phone interview. “This was so much more, a 100-year storm that hit us in the worst possible way.”

By Wednesday afternoon, a long line had formed outside a civic center in Houma where people in rows of cars waited to get bottled water, ice and tarps from police officers and volunteers.

Loretta Williams, 67, teared up as she described the destruction of her mobile home and the back windshield of her car, which she had covered with a black tarp.

“All Iâ€™ve been doing lately is crying. I worked so hard for what I had and it all just disappeared overnight,” she said.

Below a pyramid, a treasure trove sheds new light on ancient Mexican rites