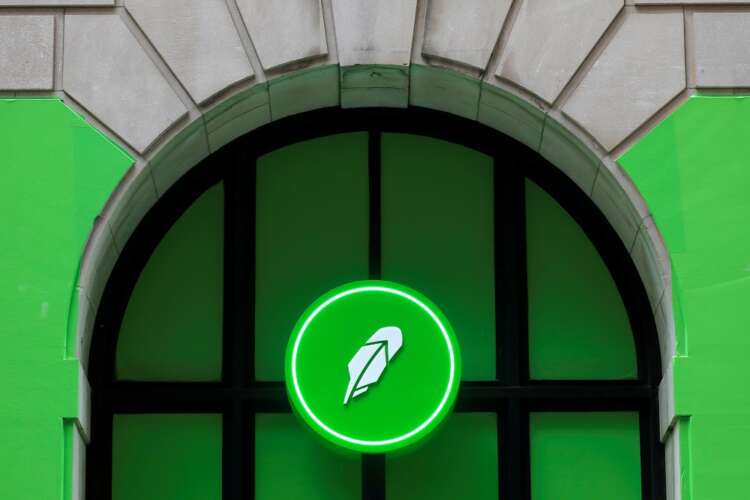 (Reuters) – Robinhood Markets finally on Tuesday got the share bounce that was predicted for last week’s much-hyped Nasdaq launch, jumping as much as 29% as investors followed influential fund manager Cathie Wood into the stock.

Shares of the online brokerage tumbled 8% in its listing last Thursday, surprising analysts who had expected strong support from the small-time traders that it services and for whom it had taken the unusual step of reserving 20%-35% of shares in the flotation.

Filings, however, have since shown that company executives sold shares a day before the launch, with Chief Executive Vlad Tenev, cashing in 1.25 million shares for about $45.5 million, offering a possible explanation for the initial slide in value.

The stock gained about 7% on Monday after Wood’s flagship ARK Innovation ETF disclosed it had scooped up more shares in the initial public offering.

The ETF currently holds nearly five million Robinhood shares, which amounts to about 0.8% of its portfolio, according to the latest data on the fund’s website.

Robinhood is one of the trading apps instrumental in fueling this year’s “meme” stock frenzy but retail investors snubbed the stock on online forums such as Reddit last week.

Shares in the company were among the top five trending stocks on trading-focused social media site Stocktwits on Tuesday, although almost three-quarters of the commentary was negative. The platform is commonly seen as a measure of interest from retail investors.

The trading app does not encourage users to sell IPO shares within the first 30 days of offerings, restricting them from participating in future IPO deals for two months if they do.