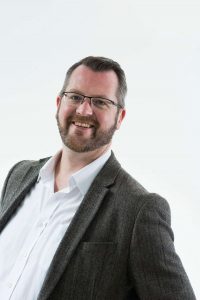 The introduction of Open Banking and the Second Payment Service Directive (PSD2)stands to light a rocket under the financial services industry next year. From January, banks will have to open their API’s up so that merchants and vendors can access their client’s account data. And it’s about time.

This change is coming about because of the historic lack of competition among the main retail banks, putting customers off the concept of ‘banking’ and exploring their financial services options. Now, a much-needed intervention by the Competition and Markets Authority (CMA) means that Open Banking is coming to the UK and soon. Banks have until January 2018 to ensure they are compliant with Open Banking Requirements’

By allowing consumers to move freely between the financial products, a new breed of consumer choice will become available which is not possible under the current structure. PSD2 will make banks more competitive while giving a host of other organisations, such as retail merchants, a platform through which to service customers.

Yet, as the journey toward the implementation of PSD2 nears its end, there is concern that customers are being left in the dark about what it all means for them, day to day.According to the Consumers’ Association Which, for example, 92% of people in the UK have not heard of Open Banking.

The financial technology industry needs to be clear about how Open Banking stands to benefit customers and why positive change is on the way.

Open Banking means consumers and retailers have an effective, convenient and secure payment method within the EU.Personal financial management tools will bring all your accounts together into a single intelligent environment. From your mortgage to your current account and your credit card, this new environment will make money management easier and more secure, giving customers a far greater degree of power to manage their personal financial data.

Control of your data and where it is used is a core component of cybersecurity and identity. The ability for consumers to have complete visibility within their online banking platform of how and by who their bank data is being used and which third parties have access to the data will increase consumer confidence. This enhanced visibility increases security and reduces the chance of fraud given that the consumer will be fully aware of where their data is being used.

Within the banks themselves, we can expect a new wave of innovation in the form of new current account offerings and increased competition in favour of the consumer. Whilst efforts have been made over the last ten years to allow consumers to switch current accounts within seven days, a relatively small amount of people in the UK do so. There is a lingering perception that the process will be arduous and longwinded and that there’s no real difference between what one bank offers from the next, a perception that the banking industry is now going to have to work hard to address.

Beyond the banks themselves, a range of new services for customers will be created by start-ups and existing businesses, fuelled by this new source of rich data.For example, services such as comparison websites or apps could suggest and facilitate change by analysing your existing live financial data and seamlessly finding you a better option. The service would scan all your outgoings and move you to cheaper suppliers without you having to know and enter all your data manually.

As active contributors of the Open Bank Working Group, The ID Co. welcomes these changes. They are a chance to better serve the market and to empower consumers, giving them more control of their personal financial data and will improve consumer confidence. Innovation will be encouraged and the public’s perception of the financial sector, which has never really recovered from 2008, will improve. Most importantly, customers will be put back in the driving seat.