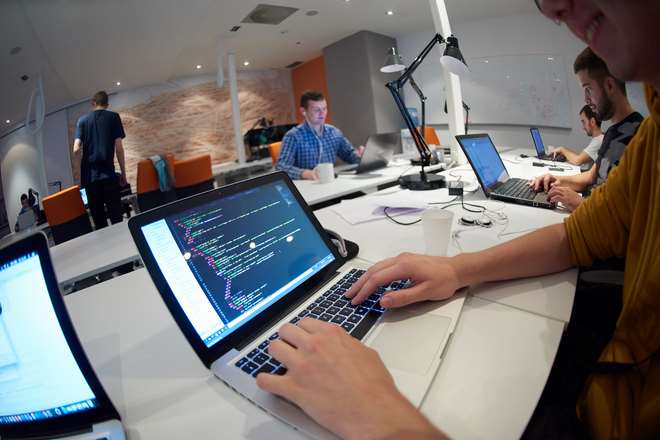 When Open Banking went live, it was treated by the mainstream press with a mixture of curiosity and suspicion. Many questions were asked such as ‘is it really safe to sign up with a new Third-Party Provider (TPP) to access your existing bank accounts on your behalf’? There was also a distinct lack of consumer excitement, perhaps because flexible, secure access to multiple banks through a single app was still an alien concept for UK account holders. And the lack of any obvious public-awareness campaign did nothing to boost consumer enthusiasm or engagement.

Open Banking is an ambitious exercise, similar in its motives to previous public policy revolutions that have reshaped other industry sectors. So, it may be worth comparing the progress of ‘Open Banking’ to other market restructuring exercises such as ‘Open Telecoms,’ or ‘Open Energy.’

What we can apply from the telecom transformation to Open Banking

The UK telecoms industry commenced its deregulation in the early 1980s with the privatisation of British Telecom, the previous monopoly provider.

The term ‘deregulation’ may sound odd today when we consider the growing list of compliance obligations faced by today’s Financial Services industry, but the term was coined at a time when the government saw the reduction of regulations as a vote winner. Perhaps ‘Re-regulation’ would be a more accurate term for Open Banking, but the objectives of stimulating competition, increased innovation and better outcomes for UK citizens and businesses still hold true.

The re-regulation of telecoms in the 1980s preceded innovations that were barely comprehensible in the 1980s and did not gain momentum until much later. The first web browsers didn’t appear until the 1990s, the first mobile phone browsers not until we were almost into the new millennium, and the iPhone didn’t arrive until 2007. This revolution certainly wasn’t measured over the course of one year’s worth of deregulation and is still evolving four decades later.

The telecoms sector was characterised by obvious technical changes and innovations in both products and services. Mobile telephony, the availability of broadband and competition for pay TV were all major drivers of investment in alternative telecommunications networks, creating new competitors and encouraging greater customer switching between accounts.

What Open Banking can learn from 20 years of Open Energy

Dynamic innovation may be harder to spot in Open Energy, which makes it perhaps an even better comparison for Open Banking.

Open Energy in the UK has witnessed a pattern of change and market adoption over the past two decades. In the early 1990s, consumers of electricity had no option but to buy energy from their local supplier – one of the Regional Electricity Companies (RECs). Then the market was opened up so that any REC could compete in another territory, with the idea that customer service and pricing would both become competitive differentiators.

This re-regulation exercise also coincided with early public policy initiatives aimed at trying to make the energy generation market more sustainable (backed by UK government commitments to international agreements on climate change), so that new energy supply companies would be encouraged to start up with so-called “Green” propositions.

The early adopters of this re-regulation were not consumers: It was larger business users that moved quickly to take advantage of lower-priced account switching offers. Apparently within the first year, one-third of the UK’s largest companies changed their energy provider. Structural changes to the retail market followed in 1998, but it took until 2009 – a decade later – before half of all consumers had changed their supplier.

One possible conclusion from this pattern of adoption, is that although a lot of interest and commentary is generated by retail market observers, businesses themselves are usually better placed to generate real benefits (in terms of lower costs, better service, innovation, etc.) from this kind of re-regulation.

Some observers may argue today that Open Energy was an unnecessary process, resulting in no sustainable price decreases or genuine customer service improvements. Detractors could also argue that it did not generate more competition; today the UK energy market seems to be dominated by just six big suppliers (of which, incidentally, four are non-UK companies) that control around 80% of the market. There has also been some negativity around the over-budget national Smart Meter installation scheme, with some estimates saying it would generate an extra GBP 0.5 Billion in costs for UK users.

However, the Open Energy process has changed the consumer experience, and it has also reshaped the whole energy industry; from creation, through distribution and consumer supply. While a handful of companies might dominate, in 2017 there were 60 suppliers offering electricity and/or gas, which is 16 more than 2016. There is no doubt that more competition is benefiting consumers who are willing and able to shop around.

Open Energy has made it possible for new companies to offer electricity supply with links to sustainable sources, or for users to be able to generate and sell their own energy through innovations like the Feed-in Tariff scheme, which was introduced in 2010 to encourage UK users to invest in renewable energy-generation methods such as solar panels. An “Energy Tech” export industry has emerged off the back of this, although probably not as well marketed as the corresponding FinTech industry.

So, while Open Telecoms has had about 40 years, Open Energy has had around 20 years and the initiative is still a work in progress. Open Banking has had just one year, so by comparison it is very much still in its infancy. Bearing in mind that public awareness of Open Telecoms and Open Energy is still developing, it may be a little premature to jump to conclusions about Open Banking just yet.

Having said that, by the end of 2018 there were some positive signs of progress. Figures published by Open Banking Limited (the company set up by the CMA to deliver Open Banking) in December showed that there were 64 new companies registered as Open Banking Third Party Providers. 12 of these were already operating with live customers, while 32 account providers (mostly banks) had signed up to offer API-access to their services; this was quite eye-opening because only nine account providers were obliged to open up by the CMA.

And in November last year, a report found that 22% of consumers had heard of Open Banking. This was reported negatively as a sign of sluggishness, but more than one in five should actually be seen as a success. The same report also suggests that 9% of citizens had actually used Open Banking services. If accurate, that figure is astonishingly high. Given that neither banking nor government public policy make for the most stimulating dinner party conversation, it’s something of a surprise that Open Banking has made it into the UK’s public consciousness at all.

The Open Banking revolution still won’t be concluded overnight but like Open Energy, the earliest and biggest steps may well be from businesses taking advantage of new data aggregation and payments handling services, in conjunction with gradual adoption by consumers.