OUT OF THE FRYING PAN… 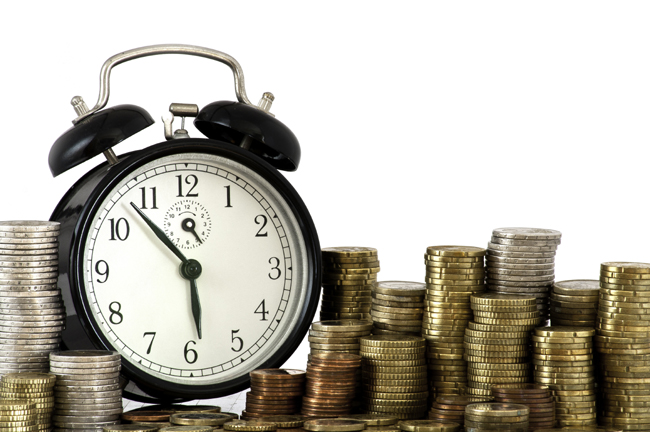 The financial services sector had cause for celebration last week when the Bank of England’s Prudential Regulation Authority and the Financial Policy Committee confirmed that all UK banks had passed the second financial stress test.

Yet, despite the positive results, the Bank did warn the financial institutions that wider global economic concerns still raise questions around the possibility of another crash, and that they would need to put aside a further £10bn (€14.3bn, $15.1bn) to secure more capital in the future.

As such, the financial services industry is faced with something of a dilemma.  On the one hand, they must continue to consider the importance of pushing for ever-increasing efficiencies and reducing costs to help drive up their capital ratio. On the other, investing in improving systems and processes to better support what has become an increasingly competitive industry is also paramount.

This has been the case for some time now. The appetite for change among businesses in the financial services industry has been tracked over the past several years through the ‘Moorhouse Barometer on Change’, a report that examines the views of board directors and their direct reports across the industry.

In previous years, the report found that the desire to streamline operations has been out of a need for business preservation and with a view to appeasing shareholders. In 2015, however, with the economy strengthening, we are seeing a growing desire to use cost savings as a way of reinvesting into the core of the business to help strengthen and grow profitability for the future.

The duality of the decision-making this requires, and how banks choose to attribute their savings and profits, will be vitally important to their survival – especially when you consider that traditional banks are finding themselves up against younger, leaner and fitter challengers.

The global financial crisis shone a spotlight into the dark corners of banking, exposing many faults and unsavoury practices that have led to regulators responding in the subsequent years in ways they hope will stamp out misbehaviour. Indeed, one of the key weapons in the regulators’ battle for reform has been the introduction of legislation that has made it easier for new institutions to enter the banking sector and give consumers more choice. Encouraged by a regulatory environment that is making it easier for these new players to disrupt the established industry stalwarts, accelerated innovation in the financial services sector is providing greater accessibility to services across retail banking and the wider payments market.

With the steady rise of challenger banks and global technology giants entering the payments and retail banking markets, traditional players must find new ways to innovate and prevent their market share from being slowly eroded, while simultaneously meeting the stringent capital supply conditions being asked of them.

While the challenger banks also have to meet the same stringent criteria, they are working under different circumstances. Without the tarnished reputation of their elder counterparts, the challengers have built their products and services based on the needs of their customers and have not been hampered by the antiquated technological infrastructures that weigh heavy on the traditional players. Without this burden, the challengers can focus on moving forward and growing market share, while their counterparts are forced to continually look for ways of reinventing themselves.

To date, traditional banks have been able to use loss-leading products to help fend off the challenger banks, but if they are to stem the tide more permanently, providers must embrace new cultures and replace redundant infrastructures with modern, flexible technologies that enable product innovation and growth.

However, even this might not be enough. The problem is that as the traditional banks have struggled to keep pace and have evolved their technological offering by ‘bolting on’ updates to their original technology. While on the face of things banks are offering customers up-to-date access to their accounts, in truth they are simply painting over the cracks.  Meanwhile, below the surface, the structures and processes remain archaic and unsuitable for purpose.

In an industry that is becoming increasingly polarised, what is clear is that the top performing businesses over the coming years will be the ones that demonstrate an agile and ambitious approach. Traditional banks need to instigate a deep cleanse and a technical and structural re-imagination of their business. By reinvesting resources in new strategic and innovative services that will transform their operations, traditional banks will be able to stem their decline in market share.

The concern is that, because of the difficult economic environment, banks have found themselves becoming ‘zombie organisations’ – trapped by their own underinvestment in both resource and innovation. However, with the economy moving steadily from downturn to stability and now to growth, organisations can start to aspire to deliver greater innovation and service-led change.

This year’s Barometer on Change shows that this realisation has sunk in, not just in the financial sector, but across a broad swathe of UK industry.  While cost reduction was still the single-most important objective for 24 per cent of companies, investment in new products and services, and in accessing new market segments, follow close behind at 19 per cent each.  Moreover, fully 56 per cent of FTSE 250 companies, UK multinationals and major public sector organisations cite the rationale behind their cost-cutting initiatives as freeing up cash reserves to reinvest in more strategic change initiatives.  Less than a third are cutting costs simply to protect profitability.

The retail financial industry will, in time, reach a tipping point. Companies need to either smarten up the way in which they operate or face being pushed out of the market by smaller, more agile challenger banks. Change is never easy, but in the case of traditional retail banks, not changing will be very costly indeed.

In the short term at least, traditional banks still have some breathing room, but they can’t risk painting themselves into that corner: they must face up to the new, customer-centric reality, which will require business transformation on an epic scale.

HOW TO ENHANCE BANKING SERVICES WITH DIGITAL PERFORMANCE INTELLIGENCE