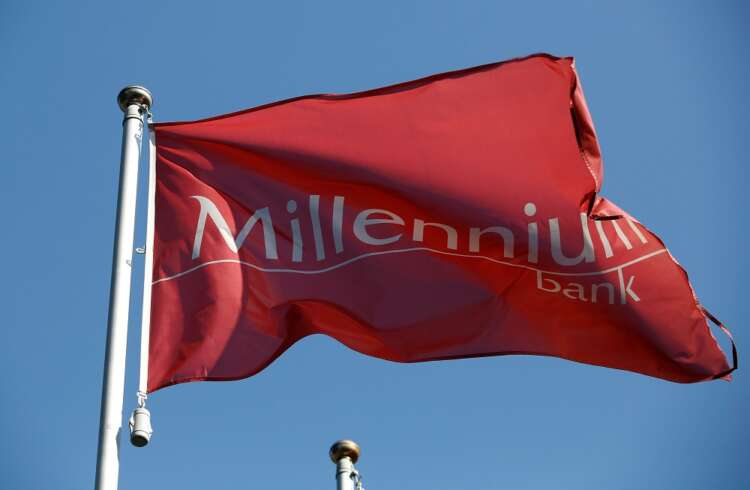 Poland earlier this year introduced measures to allow borrowers hit by rising interest rates to take advantage of so-called payment holidays. These would suspend repayments of up to eight installments, four per year in 2022 and 2023.

Sharp interest rates increases by the central bank to tackle inflation have hit many borrowers in a country where floating-rate mortgages are the norm.

If excluded, the BM Group would report a net profit of 152 million zlotys, despite incurring high costs related to its foreign currency mortgage loan portfolio (a total of 640 million zlotys before tax) and a few significant one-off items, the bank said.

“These costs were the direct cause of a significant net loss in the third quarter of 2022,” it said, referring to the payment holidays.

Millennium estimated that if all eligible borrowers took advantage of the payment holidays, the maximum impact on the group’s results would be 1.799 billion zlotys.

Millennium said in the third quarter the actual level of loan holiday use averaged 66% of eligible borrowers, and the numbers in September were higher than in August.

Millennium also said its results were lower due to additional regulatory contributions and the cost of the provisions for the reimbursement of commissions charged on some mortgage loans.

As in previous quarters, the costs related to its foreign currency mortgage portfolio remained high and continued to lower the profitability of the group’s core business, the bank said.

Millennium also said that excluding all costs related to the mortgage portfolio and the costs of loan holidays, the group would have had a net profit of 743 million zlotys in the third quarter.

As a result of provisions, Millennium’s capital ratios fell below required levels, prompting the company to develop a recovery plan to improve its operational profitability and optimise its capital by better managing risk-weighted assets

It will not pay more than 80 million zlotys in banking tax per quarter while in recovery.