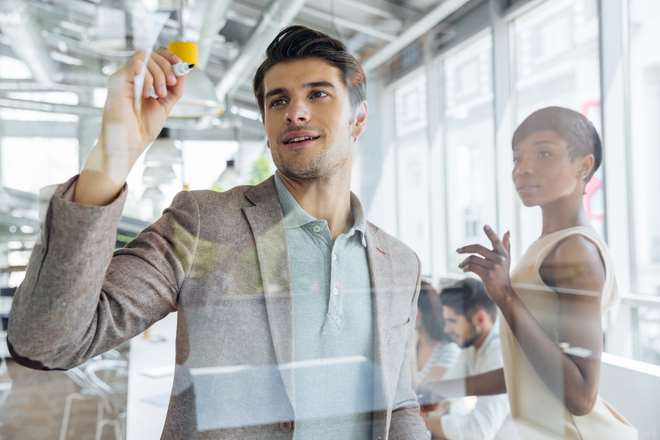 As we approach two months since it became mandatory for financial services companies to comply to the FCA’s latest European legislation, the Payment Services Directive (PSD2), change is already afoot.  European banks understand exactly what the new rules are aiming to change within the industry, so it’s unsurprising that introspection and preparation became the norm. By forcing change in the industry, PSD2 has been a catalyst for traditional banks to consider the validity of their business models. In fact, it’s not a stretch to say this legislation is the beginning of a new journey for banks that now have to question the future role they will have in the industry, and in their customers’ lives.

Competition is already rife in the UK, with the worlds of e-commerce and retail producing new challengers to the throne. This is great news for customers, as increased choice places the power firmly in their hands, while banks have no choice but to continuously improve the customer experience. As the industry evolves, the future success of banks depends on their ability to meet the needs of customers, particularly through digital channels, products and services.

Market change remains inevitable – PwC predicts that “2018 is set to be a game-changing year for retail banking”.In response, banks have already started exploring new models to guarantee their customers remain engaged and loyal over the coming years.

PSD2 is set to accelerate this further, as banks adapt to the reality of the new regulation and witness how customers are responding to the changes.

Both established banks and fintechs have already started to change their business models. We’ve seen mobile-only challenger Starling Bank announce four partnerships for its in-app marketplace in February 2018 alone. This is just the starting point however, as the firm has confirmed these are just the first of 25 planned partnerships for this year. Part of a wider trend of start-ups becoming finance platforms, it aims to become a hub for people’s financial lives by selling third-party products like insurance and even mortgages through the app, and taking commission of each customer that is referred to other services through its marketplace.

In the world of high street banks, Santander is leading the charge for fintech partnerships. Recently, it announced it’s working with fintechs Pixoneye and Gridspace to bring predictive personalisation, connected finance technology and conversational intelligence to its customer offerings.

There is a growing customer appetite for an alternative way of doing things in today’s digital world, where ecommerce and tech giants are increasingly encroaching on banks’ territories. A recent study by Accenture identified a new wave of Nomad customers who are open to non-traditional banks, with 78 per cent saying they would be willing to bank with a tech firm like Amazon or Google.

Traditional banks and challengers coming together

While there is indeed competition between the old and the new, there is a growing trend of banks creating marketplaces and partnering with fintechs and third parties to draw on their experience and offer services through a branded platform, akin to Amazon’s in the world of retail.

By moving from a position of seeing each other not as competition, but potential partners, they can capitalise on each other’s strengths, meet the needs of today’s customers and drive forward innovation. The industry is increasingly open to collaboration; a global survey by PwC found that 82 per cent of banks, insurers and asset managers intend to increase the number of partnerships they have with fintech firms over the next three to five years.

According to PwC partner and fintech head Steve Davies, “Every bank in Europe is now running its own incubator or accelerator for fintechs whose technology it hopes to benefit from”. In the UK, for example, HSBC has partnered with the fintech Bud to offer its customers a range of financial management tools under its online-only brand First Direct in a new trial.

Working together in this way provides a clear opportunity to capitalise on the strengths of both. High-street banks have worked tirelessly for years to build trusted brands and achieve consumer loyalty, while fintechs offer the digital agility and expertise traditional banks often lack, held back by regulations and legacy infrastructures.

A golden opportunity for banks

The continued evolution of financial regulations remains a burden on the industry however, making it increasingly difficult for legacy systems to be integrated with the cloud technology that fintech start-ups rely on. These complex integrations can take their toll on the fintechs too, directly impacting profitability by sapping time and resources which are already limited.

Banks’ procurement protocol can also be a significant obstacle to overcome for start-ups. Its not uncommon for them to require prospective partners to have two or three years of accounts, which many of these start-ups simply can’t offer.

Whether traditional banks are on board or not, developments like PSD2 continue to transform the industry. Now’s a crucial time for these banks to focus on innovation and ensure they are differentiating themselves in an increasingly crowded market; through dedicated incubators, acquiring or partnering with a fintech. With tech giants eager to occupy the role banks have within customers’ lives, banks that bury their heads in the sand and ignore the need to change their business model will soon get left behind by innovative disrupters.