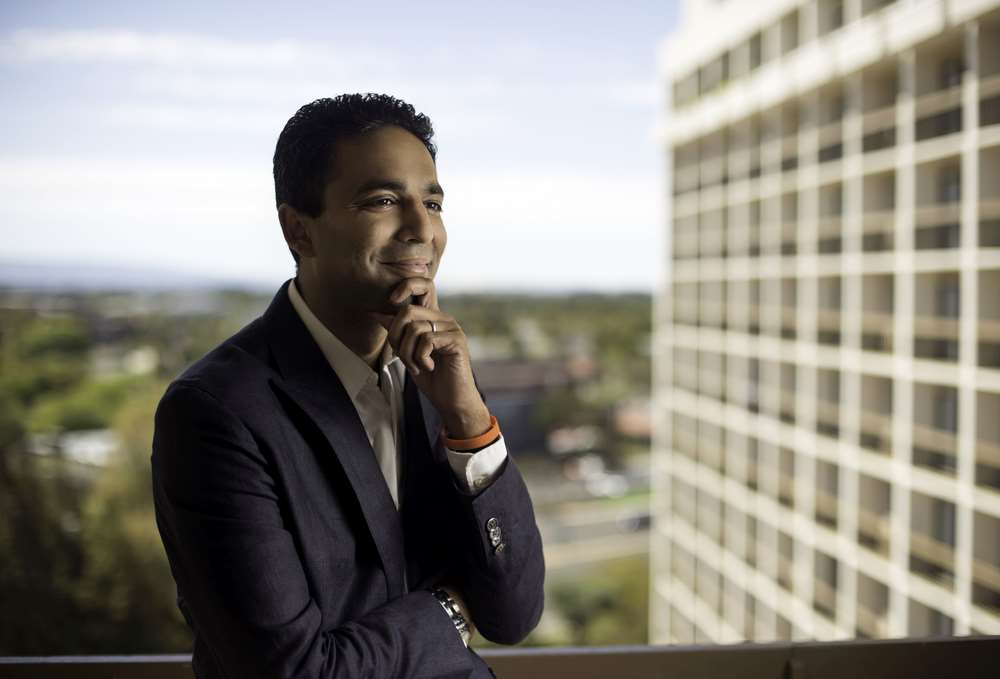 For consumers and businesses alike, digital technology has proven disruptive. Consumers can, in theory, embrace or reject the trend as they see fit. But a reluctance to embrace digital technologies can leave organizations falling behind competitors.The good news is that enterprises in the Middle East are already making strides in this area. In a recent survey we conducted, of 300 IT decision makers in the region, 72 percent of respondents stated that their organizations are committed to being information-based companies. In fact, the survey found that digital solutions already contribute almost 50 percent of revenue in these companies.

It is often the responsibility of IT leaders to innovate in line with the business’ digital vision, without breaking the bank. In response to this pressure,over the past several years, public cloud has seen increased adoption across a multitude of industries. The demand for simpler storage, combined with an unprecedented explosion of data, has created the perception of an unstoppable drive toward the public cloud. A “cloud-first” strategy is the popular buzzword for executive leadership. But it’s important to understand what that really means.

The narrative that cloud and traditional storage are at direct odds, while compelling, is oversimplified. Within today’s landscape, there are more options than just public cloud and traditional on-premise. Software-as-a-Service (SaaS) has exploded, while private cloud has also seen significant increase in relevancy. A strategy that deploys some combination of these options is referred to as hybrid cloud. This is a route that most enterprises in the Middle East are opting to go down as evidenced by findings of the survey where 69 percent of businesses say they will increase their public cloud usage in the next 18-24 months. In parallel, private cloud (57percent) and SaaS (56percent) usage is also expected to grow in the same time frame.

In my conversations with more than 70 CIOs, VPs of Infrastructure and technology leaders over the past several months, the general consensus is two-fold:

Strategic infrastructure is key to optimizing for the new reality of digital business – and that means building a hybrid cloud.

Today, major retail brands – which were previously never considered technology companies – are generating more data than high tech firms did a decade ago. Car companies like Mercedes and Tesla, outfit cars with sometimes hundreds of sensors, which constantly pour critical performance data back into organizational databases. 90 percent of all data ever generated was generated in the last five years. Analysts forecast that by 2025, we will generate 180 zetta bytes – or 180 trillion gigabytes – of data annually[1]

To gain advantage from that data, maintain a modern pace of innovation and improve operational efficiency, organizations must be highly analytical and strategic about which workloads and applications live where.

Analytics and business intelligence are two of the top focus areas for CIOs with 74 percent of respondents to the survey reporting that they see more demand in the business for real-time analytics and interactive simulations than a year ago. To effectively utilize both, modern IT professionals must understand the strengths and limitations of different infrastructure options to create the optimal hybrid environment for their organizational needs.

Public cloud has revolutionized the standard for easy IT. It’s simpler to manage, and removes the time and energy burden of technology upgrades from the customer. It’s a utility model, which is attractive to organizations for which CapEx is limited, and provides the flexibility needed to scale up and down quickly depending on fluctuating demand. An insurance company, for example, needs more infrastructure up and running when more of its customers are on the road – to scale up and down over the course of days or hours requires an agile solution.

The other side of the same coin is scale over time. As an organization’s data requirements grow, so does the public cloud bill – exponentially. Today, there is an entire industry being created around public cloud cost management. Many CIOs report directly to the CFO, and when we speak to them, cost certainty is a recurring theme. A volatile and unpredictable operating expense can be untenable when building a digital organization.

For all its agility and ease, the public cloud often comes with a performance and reliability downgrade when compared to the best on-premise solutions. This is corroborated by findings from the survey as availability (52 percent) and performance (47 percent) were cited as two of the key drivers for continued use of traditional on-premise solutions. Availability and reliability are core tenets of any cloud strategy. Today, CIOs need to be much more deliberate and thoughtful about the impact of outages on end-users and customers. In the public cloud, disruptive outages do happen. In fact, it happened to Amazon Web Services (AWS) this past February. For mission-critical business operations, like high-performance analytics or anything at scale, a hybrid environment is better suited.

Last, and top of mind for a great many CIOs I’ve spoken with, is compliance, something that is particularly important in the Middle East; 77 percent of IT decision makers surveyed said their organization has reduced usage of public cloud over the past year due to security concerns and 38 percent cite security as the key roadblock to adoption of public cloud. In highly-regulated industries such as healthcare and government, data sovereignty and direct control over response to outages are a non-negotiable requirement for many workloads. CIOs need to consider compliance strategy in a world where data sovereignty and regulations are fast changing. In light of global events like Brexit and geopolitical tensions in the region, CIOs need to ensure that their cloud strategies align with ever-fluid national and international regulations and requirements.

Ultimately, smart, successful companies use resources toward solving customer problems. Organizations need IT to work for them, so that their best and brightest technical minds are working to advance the next wave of innovation rather than managing infrastructure.

[1] “The Internet of Things: Getting Ready to Embrace Its Impact on the Digital Economy” (IDC #DR2016_GS4_VT)

How can finance defend against the cyber threat? Educating staff is key