Putin says peace talks with Ukraine are at dead end, goads the West 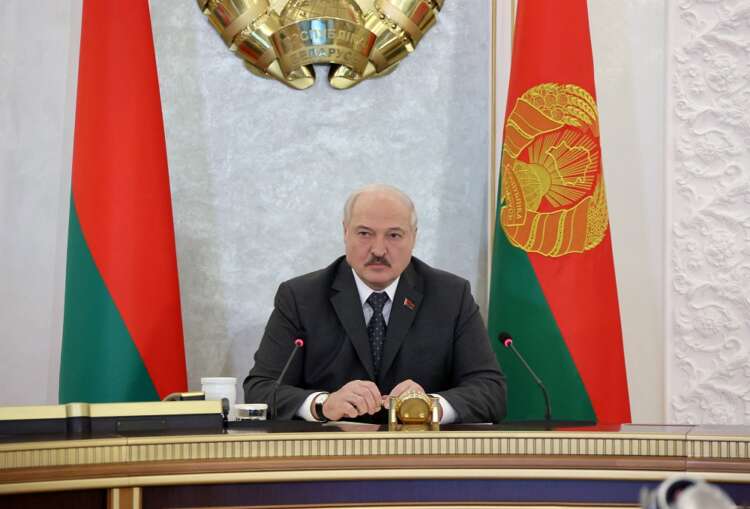 LONDON (Reuters) -President Vladimir Putin said on Tuesday peace talks with Ukraine had hit a dead end, using his first public comments on the conflict in more than a week to vow that his troops would win and to goad the West for failing to bring Moscow to heel.

Addressing the war in public for the first time since Russian forces retreated from northern Ukraine after they were halted at the gates of Kyiv, Putin promised that Russia would achieve all of its “noble” aims in Ukraine.

In the strongest signal to date that the war will grind on for longer, Putin said Kyiv had derailed peace talks by staging what he said were fake claims of Russian war crimes and by demanding security guarantees to cover the whole of Ukraine.

“We have again returned to a dead-end situation for us,” Putin, Russia’s paramount leader since 1999, told a news briefing during a visit to the Vostochny Cosmodrome 3,450 miles (5,550 km) east of Moscow.

Asked by Russian space agency workers if the operation in Ukraine would achieve its goals, Putin said: “Absolutely. I don’t have any doubt at all.”

Russia, he said, would “rhythmically and calmly” continue its operation.

Putin said Russia had no choice but to fight because it had to defend the Russian speakers of eastern Ukraine and prevent its former Soviet neighbour from becoming an anti-Russian springboard for Moscow’s enemies.

The West has condemned the war as a brutal imperial-style land grab targeting a sovereign country. Ukraine says it is fighting for its survival after Putin annexed Crimea in 2014 and on Feb. 21 recognised two of its rebel regions as sovereign.

Putin dismissed the West’s sanctions, which have tipped Russia towards its worst economic contraction since the years following the 1991 fall of the Soviet Union, as a failure.

“That Blitzkrieg on which our foes were counting did not work,” Putin said.

Putin, who had been ubiquitous on Russian television in the early days of the war, had largely retreated from public view since Russia’s withdrawal from northern Ukraine two weeks ago.

His only public appearance in the past week was at the funeral of a nationalist lawmaker, where he did not directly address the war. On Monday he met the visiting chancellor of Austria at a country residence outside Moscow but no images of that meeting were released.

Since Russian troops withdrew from towns and villages around the Ukrainian capital Kyiv, Ukrainian troops have been showing journalists corpses of what they say are civilians killed by Russian forces, destroyed houses and burnt-out cars.

Reuters saw dead bodies in the town of Bucha but could not independently verify who was responsible for the killings. Ukraine says Russia is guilty of genocide and U.S. President Joe Biden has accused Putin of war crimes and called for a trial.

Putin said he had told Western leaders to think a little about destruction by the United States of the Syrian city of Raqqa, the former de facto capital of the Islamic State caliphate, and in Afghanistan.

“Have you seen how this Syrian city was turned to rubble by American aircraft? Corpses lay in the ruins for months decomposing,” Putin said. “Nobody cared. No one even noticed.”

“There was no such silence when provocations were staged in Syria, when they portrayed the use of chemical weapons by the Assad government. Then it turned out that it was fake. It’s the same kind of fake in Bucha.”

Putin, who says Ukraine and Russia are essentially one people, casts the war as an inevitable confrontation with the United States, which he accuses of threatening Russia by meddling in its backyard.

Sixty one years to the day since the Soviet Union’s Yuri Gagarin blasted off into the history books by becoming the first man in space, Putin drew an analogy between Soviet space successes and Russia’s defiance today.

“The sanctions were total, the isolation was complete but the Soviet Union was still first in space,” said Putin, 69, recalling his own wonderment as a schoolboy learning of the achievement.

“We don’t intend to be isolated,” Putin added. “It is impossible to severely isolate anyone in the modern world – especially such a vast country as Russia.”

Macron, Le Pen battle out on cost of living in heated runoff campaign