Revealed: How Smartphones Are Saving Owners More Than £500

One of the most appealing things about a smartphone is its functionality. However, just how many of us know how much money our smartphone is saving us?

Research* conducted by online smartphone retailer, Mobiles.co.uk, has found that we would need to own at least 50 extra items including a TV, alarm clock and weighing scales (see below table for the full list of objects) if it wasn’t for our trustworthy smartphone. 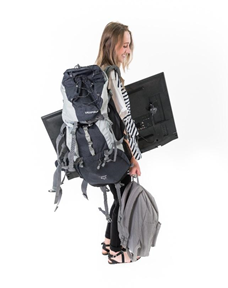 One of the key advantages to owning a smartphone is the amount of space you can save. Focusing on the iPhone 8 that weighs 148g**, the findings unveiled a 77% weight decrease between the iPhone 8 and the 50 extra items (which weigh approximately 34.35kg).

The online smartphone retailer also discovered there can be a significant price difference between the iPhone 8 and the cost of the 50 items.

An iPhone 8, 02 contract deal with Mobiles.co.uk currently works out at around £837 over a 24-month period***, and with the total cost of owning the 50 extra items found on a smartphone being £1,400, the online retailer can reveal that there is a price difference of £563, making a smartphone 60% cheaper too****.

Andrew Cartledge, Mobile Expert at Mobiles.co.uk, said: “It has been really interesting to think about everything a smartphone can do/provide and it definitely helps you to appreciate just how smart they are, and how much money they’re actually saving us.

“With new apps and features being launched every day, smartphones now allow users to accomplish so much more with one gadget without the need to buy additional items. If only we could see into the future to know what’s next for the ever-evolving world of the mobile phone.”