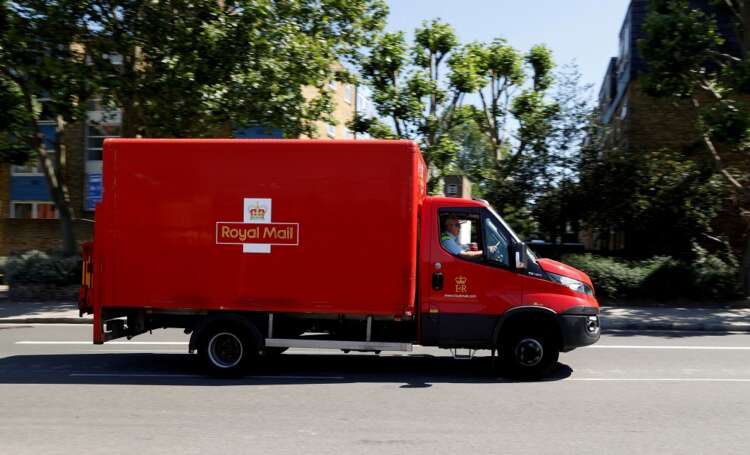 (Reuters) – Royal Mail is losing one million pounds a day, the British post and parcel delivery firm said on Wednesday, as it struggles to cut costs as inflation-hit consumers cut back on online shopping and postal workers threaten to strike.

While the pandemic led to an unexpected boom in parcel delivery that bolstered profit and helped the company pay out around 400 million pounds to shareholders, it was already facing a sliding UK letters business and stiff union opposition to transformation plans.

The centuries-old firm renamed its holding company International Distributions Services and said it would consider splitting its UK business and overseas business GLS into two separate firms if no “significant operational change” is achieved.

Analysts said the potential split has been the “elephant in the room” and could be a tactic aimed at inching forward with the union, while GLS could struggle to go it alone.

“The pandemic boom in parcel volumes bolstered by the delivery of (Covid) test kits and parcels is over,” Royal Mail Chairman Keith Williams said.

Royal Mail’s UK business lost 92 million pounds ($110 million) in its first quarter to end-June on revenue that fell 11.5%. It expects to break-even for the year, excluding any strike impact.

Royal Mail’s largest labour union, CWU, said on Tuesday that more than 115,000 postal workers had voted to strike over pay as Britain faces its worst cost-of-living crisis in decades.

Company executives said they were “absolutely ready” to discuss the issue.

Operating profit at Amsterdam-based GLS was 94 million pounds in the quarter, and revenue rose 7.8%.

“A small fish in a big sea, GLS could find it difficult to compete with deeper-pocketed competitors in the international logistics business.” Laura Hoy, an analyst at Hargreaves Lansdown, said.