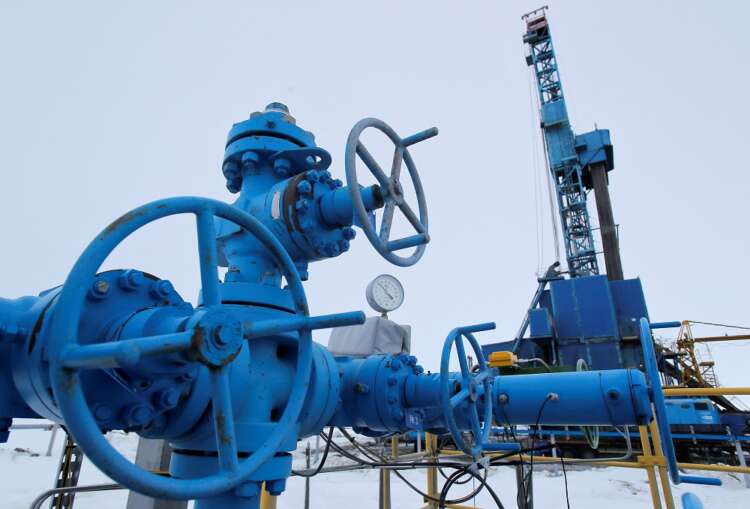 (Reuters) – Russia has imposed sanctions against units of Gazprom Germania, in which its gas producer Gazprom ceded ownership, and also against EuRoPol GAZ SA, owner of the Polish part of the Yamal-Europe gas pipeline.

The United States and its allies have imposed the most severe sanctions in modern history on Russia and Moscow’s business elite, steps that Russian President Vladimir Putin casts as a declaration of economic war. The moves followed Russia’s invasion of Ukraine in February and it comes as the European Union considered an embargo of Russian crude.

“(The sanctions) will hasten Europe’s scramble to arrange for additional LNG, speed up plans for a buyers’ alliance and potentially consider demand side measures such as gas rationing.

“Storage levels are currently sufficient to last through most of 2022, even if Russian flows were to stop instantly, barring any unexpected weather events – but the outlook for winter 2022 supply is now a lot more pessimistic.

“The big issue is going to be, as we move into the northern winter, how the economies are going to cope with this because it is difficult to find those additional molecules of natural gas.”

“This is a tit-for-tat reaction from Russia. I believe that the Europeans will come up with some workarounds, establishing new entities or subsidiaries that are not on the sanctions list. But this shows that the energy divorce between Europe and Russia is becoming more bitter.”

“It’s obviously what we’ve been going through. It’s another step forward toward curtailing the supply of natural gas and hydrocarbons out of Russia to the west. This is a sea change for our natural gas market becoming a more global reflection of what’s going on in the world.

“All these energy commodities are inter-related. The path of least resistance is higher as more supplies get foreclosed. If there’s regime change in Russia, the whole dynamic will change. This isn’t a policy failure to me. The west has lost a major supplier of crude, refined products and increasingly natural gas. Until that changes, it’s a problem but it has a fix to it, if Russia were to return to the market.”

TIM HARCOURT, CHIEF ECONOMIST AT THE INSTITUTE FOR PUBLIC POLICY AND GOVERNANCE AT THE UNIVERSITY OF TECHNOLOGY, SYDNEY, AUSTRALIA:

“This is a counter claim. Tit for tat. So European energy traders can’t easily trade with Russia or each other. But ultimately you want to be part of the world trading system rather than just (with) Russia. So it will be ineffectual ultimately.”

“The gas sanctions imposed by Russia in the short term are symbolic and likely to keep pressure on LNG prices in Europe as well as the pressure to restart of some coal- and nuclear-based electricity in Europe. In real terms, probably not a lot of implications in the short term for Europe or globally unless we hit an extraordinary heat wave.

“However, the challenge is going to be in late fall and winter in Europe. There is no way Europe is going to have enough ability to bring gas supplies or alternates to replace the gas demand in winter. That is likely to cause slowing down of industrial production and with the continued pressure on the economy, likely to send Europe into a recession. Global LNG trades and the pressures on natural gas supply in the U.S. are going to be strained.

“For Russia on the other hand, the intent is clear – just reciprocating the actions by Western Europe and they get to control the revenue and gas flows. It also causes a clear re-pivot of their exports to China – mostly by pipeline.

“The short term impacts on the economy are likely to be small. Longer-term and considering the winter, this might be the lifeline to build back the economy and the income stream from oil and gas. Lastly for China, this is a huge opportunity to get low-cost natural gas that does not have any competition for uptake and something that they can use to bolster and grow their manufacturing industry and economy.”

PHIL FLYNN, AN ANALYST AT PRICE FUTURES GROUP IN CHICAGO:

“It’s a reminder that Russia still holds all the cards when it comes to energy security. They’re sanctioning pipelines of people that put sanctions on Russia and making it more difficult. It’s another threat and another warning and the message is clear: it might be these guys today, but it might be you tomorrow.

“It’s another supportive factor for natural gas, both domestically and foreign. The threat to supply, every time you think it calms down, it comes back again. The threat level is high. If there’s any weather events, there could be a real problem.”