By Andy Bruce and William Schomberg

LONDON (Reuters) – Britain’s economy is heading for a slowdown, or possibly even a recession, as consumers and businesses are hit by the leap in inflation, higher taxes, rising interest rates and uncertainty caused by the war in Ukraine.

Bank of England Governor Andrew Bailey said on Thursday the BoE was walking a tight line between tackling inflation and avoiding a recession.

So far, finance minister Rishi Sunak has resisted to calls to add to his support for households.

Below is a series of graphics showing some of the signs of the strain on the world’s fifth-biggest economy.

Britain’s economy will slow in 2022 and faces weaker economic growth and more persistent inflation than any other major rich nation in 2023, the International Monetary Fund forecast this week.

The IMF said its downgrades for 2022 and 2023 reflected “elevated inflation pressures” and tighter monetary policy. 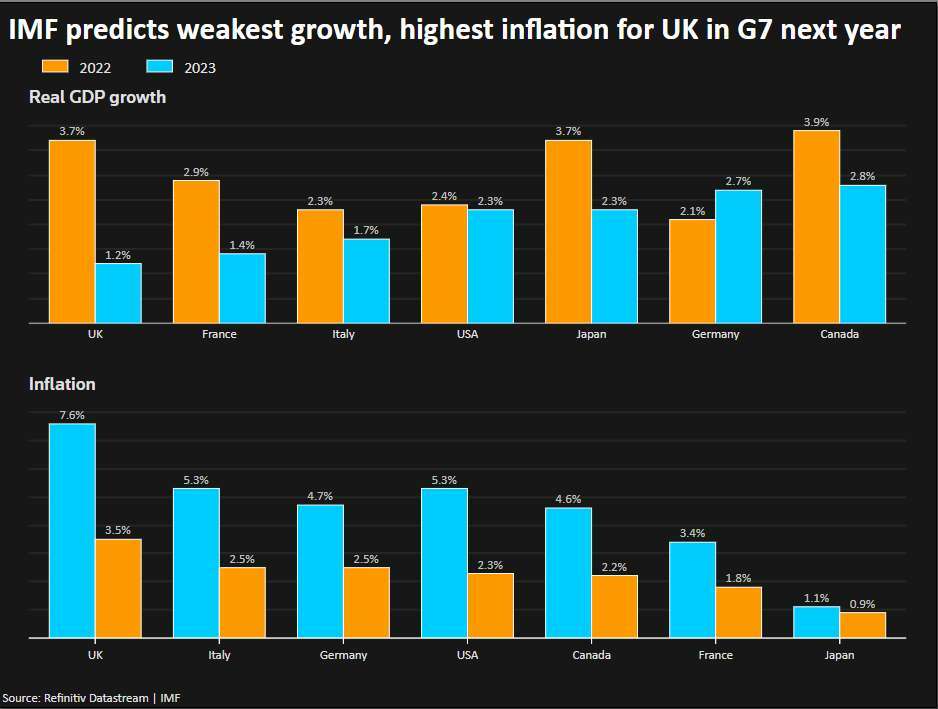 The consumer price index jumped to 7% in the 12 months to March, a 30-year high, and is set to go higher in April when big hikes in power tariffs kicked in. The government’s budget forecasters said in March that inflation could touch almost 9% later this year, depending on energy prices. Graphic: UK inflation still has some way to go before peaking – https://fingfx.thomsonreuters.com/gfx/polling/znpnemzmdvl/Pasted%20image%201650632738174.png

Among businesses, optimism dropped for the third month running in April and was the lowest since October 2020, according to the S&P Global/CIPS composite Purchasing Managers’ Index. 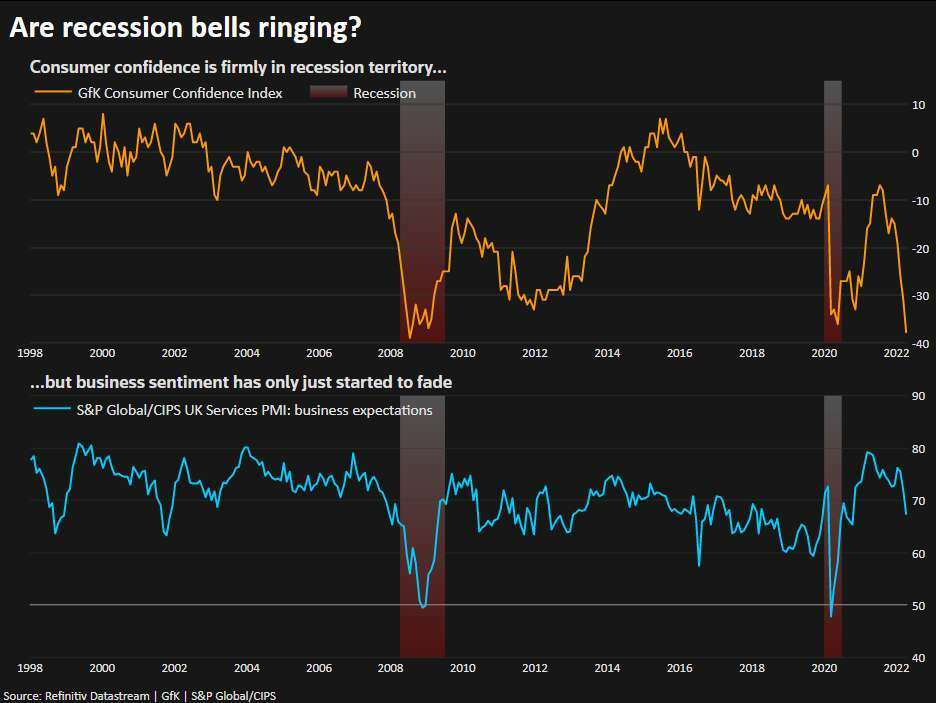 Spending in shops by consumers fell more than expected in March, adding to a slip in February, according to official data published on Friday. Volumes are above levels before the pandemic but are lower than they would have been without it.

Separate figures on Thursday showed spending on card payments was 105% of its February 2020 average level in the week to April 14 as work-related spending – includes the purchasing of petrol and diesel – jumped. Britons’ inflation-adjusted earnings shrank by the most since 2013 in the three months to February, according to official data.

As the squeeze on earnings tightens, households have been using savings they built up during the coronavirus pandemic. The amount of money households save as a percentage of gross disposable income plus pension accumulations fell back to close to its pre-pandemic level in the last three months of 2021. The number of employees in Britain is above its pre-pandemic level, providing a source of strength for the economy. But the total size of the workforce, including self-employed people, remains lower than it was in February 2020. 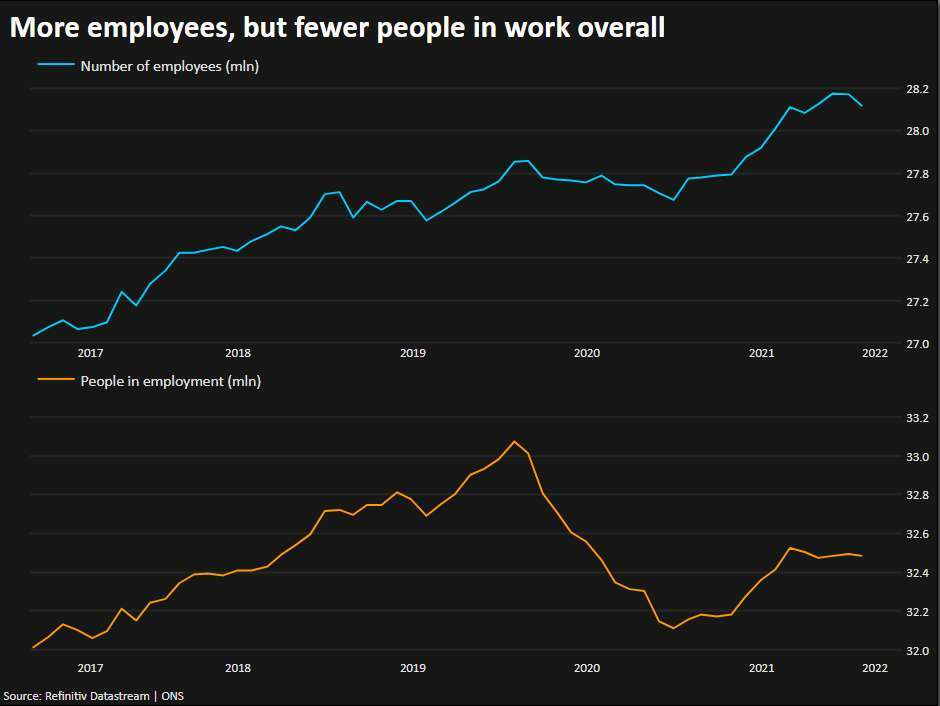 British lenders expect loan defaults to rise over the coming months and also plan to rein in mortgage lending by the greatest amount since the early days of the COVID-19 pandemic, a Bank of England survey showed earlier this month. In troubled France, no honeymoon for re-elected Macron