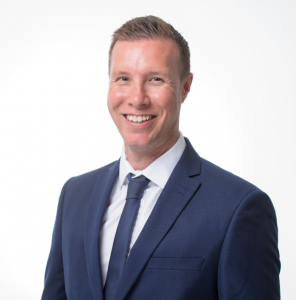 The events which have followed the Catalan government’s decision to stage an illegitimate referendum on independence and the reaction to it by Madrid has potential to destabilise the European economy. It should also be a real concern for the wider international community.

The arrest of eight politicians and two activists on charges of sedition and rebellion along with the self-imposed exile of Catalonia’s regional president Carles Puigdemont, led to further mass demonstrations in the streets of Barcelona earlier this month. The Spanish government insists that this case is not political but rather purely a matter for the courts. These are however not the usual happenings within a modern western democracy, especially one which is a fully-fledged member of the European Union.

Resolving this situation is, however, complex as a significant proportion of Catalans remain against independence. Despite some of their concerns about Madrid’s heavy-handed actions, they are also likely to continue to make their voice heard, especially with a snap election to be held in the region on 21 December.

In early October, where around 90 per cent of Catalans who participated in the referendum voted for independence, the Euro fell by 0.6 per cent against the dollar to approximately $1.174, one of its lowest levels since mid-August. Market analysts, who predicted at this point that the referendum would likely start a new phase of political instability for the EU, have so far been proved right. After making a small recovery, the Euro once again fell against the dollar when the Catalan regional assembly voted to leave Spain after the national government declared the referendum result null and void.

Events in Spain are worrying enough for the impact they may have upon the Euro but they are also currently masking two other potentially bigger issues: the economy in Greece and Italy. Both have failed to meet fiscal reforms and austerity measures, all of which has real potential to trigger a serious economic crisis throughout the Euro-zone. Both countries have managed to get funds, saving them from defaulting, but this situation is not viable in the longer run.

Italian banks are facing a crisis similar to the one which hit US and UK banks in 2008, sitting with around $400 billion in bad loans on their balance sheets. The country’s weak growth is making it difficult to address the problem. Meanwhile, Greece’s long-term economic woes continue with questions still lingering as to whether it may still have to leave the single currency to free it from its current cycle of unmanageable debt.

The implications of this, along with the pain of Spain, have the potential to hurt not only Europe but could also upset the current fragility of the UK’s economy. British manufacturing exports into the EU have recently soared on the back of a low Pound but a sustained fall in the Euro could threaten that. UK exports to Spain are relatively small but the impact of business within bigger Euro-zone markets like Germany and France would be a huge concern.

The UK’s tourism sector, which had enjoyed a post-Brexit boost in 2016, is also at risk with a falling Euro. Last year 25.3 million EU visitors came to the UK, up four per cent on 2015, a rise which was partly attributed a strong single currency against the Pound.

A fall in the Euro could, of course, help British some companies which currently buy goods and services in the EU or have employees based there.

Regardless of whether they stand to gain or lose from the developments in Spain and across other parts of the EU, it is important for all companies which export to or import from this market to put in place measures to minimise their exposure to potential foreign currency movements that might lie ahead.

Implementing a robust and comprehensive risk-management strategy is now more essential than ever. Businesses across the UK and within EU nations, need to look at how they can best conduct their transfers strategically to manage their exposure and secure profitability. The starting point is to clearly understand their level of exposure to currency movement and then to set out an appropriate budget rate and create a suitable hedging plan. Using a combination of forward contracts, spot deals and orders according to such a strategy can provide certainty and protection, shielding their bottom line and maximising the funds they receive.

The Spanish crisis, which seems to have been made worse by the entrenched positions taken on both sides of the divide, and other ticking time-bombs in the EU, have the potential to threaten economic stability beyond Euro-zone borders, including within the UK. It’s therefore vital for businesses to plan now and reduce their exposure.