Stemming the flood of escape of water claims

Emerging risks: is our Insurance system able to cope?
Our website publishes news, press releases, opinion and advertorials on various financial organizations, products and services which are commissioned from various Companies, Organizations, PR agencies, Bloggers etc. These commissioned articles are commercial in nature. This is not to be considered as financial advice and should be considered only for information purposes. It does not reflect the views or opinion of our website and is not to be considered an endorsement or a recommendation. We cannot guarantee the accuracy or applicability of any information provided with respect to your individual or personal circumstances. Please seek Professional advice from a qualified professional before making any financial decisions. We link to various third-party websites, affiliate sales networks, and to our advertising partners websites. When you view or click on certain links available on our articles, our partners may compensate us for displaying the content to you or make a purchase or fill a form. This will not incur any additional charges to you. To make things simpler for you to identity or distinguish advertised or sponsored articles or links, you may consider all articles or links hosted on our site as a commercial article placement. We will not be responsible for any loss you may suffer as a result of any omission or inaccuracy on the website. 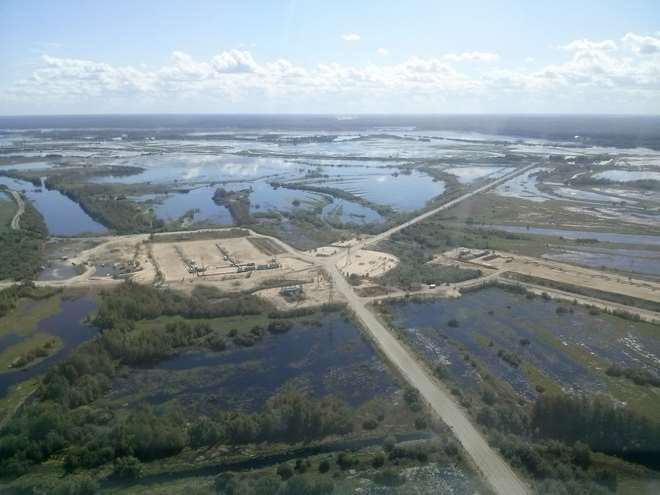 After accidental damage, escape of water is the most common claim on home insurance policies with over £2.5 million being paid out every day, according to the Association of British Insurers.  In particularly cold spells, the typical cost of household damage caused by burst pipes can average up to £7,000, but this can rise even further. Given that this is now the most expensive outlay for domestic property insurers, it is no surprise that the industry is focusing its attention on how best to stem the flood of escape of water claims.

Which raises an important point. For insurers ‘flooding’ is not the same as ‘escape of water’. The former relates to water that has entered the home from an external source, a river bursting its banks resulting in water coming under the doors, for example. Conversely if the water comes from a fault within the home, such as a leaking pipe, it is categorised as ‘escape of water’.

There are a number of reasons why the costs of settling escape of water claims have risen so sharply in recent years. Compared to thirty or even twenty years ago, householders are investing more in expensive fixtures and fittings such as fully tiled wet-rooms, underfloor heating, wooden floors and high-spec shower and bathroom ‘furniture’. The increase in use of plastic pipes and push-fit fittings also undoubtedly has an effect as they are less durable than traditional copper pipes. In addition, more people than ever before own second homes. These are often unoccupied in colder winter months, which can lead to a higher incidence of frozen and burst pipes and delays in detecting the problem, resulting in an increase in damage caused.

Clearly the insurance industry has a vested interest in helping householders to prevent escape of water incidents, and to quickly resolve them if they do occur. Learning from the success of a ‘connected’ approach in car insurance, where telematics technology (“black boxes”) is a key part of insurance propositions for young drivers and other segments, there is a growing consensus that “Insurtech”, and specifically smart home technology, can do the same for the property insurance sector.

Insurers are beginning to offer reduced premiums if householders install smart water controls. These controls, like our own Waterlock solution, give householders the power to switch their mains water supply on or off. In our case this is done from a Valve Controller in their property, or remotely from a connected app on their smartphone. Switching off can be automated when wireless sensors around the home detect standing water and activate the Valve Controller to close the stopcock and send an alert to the homeowner via email or the app. This is also useful when householders are going away, allowing them to easily switch the water off from the device on the wall, or the app, rather than wrestling with unwieldy or difficult to reach stopcocks.

Clearly the use of a smart water controller reduces potential damage to a property if there is an escape of water. This is a win-win situation because homeowners suffer less disruption and may benefit from lower premiums if they install these devices, and insurers will benefit from a drop in the number of claims, and a reduction in the value of the claim as damage from water loss is minimised.

For insurers this is a low risk first step to offering connected home insurance provided they specify water detection technology that is proven, reliable and easy for the homeowner to use.

An obvious early market for this proposition is second home owners. Their insurance policies are more expensive than regular home insurance policies (£800 to £1000 per year instead of around £300) and this is largely because of the increased risk of water damage when the property is unattended, or is insufficiently heated during cold spells. Connected water controls reduce the risk by making it easy to switch off the water supply to prevent loss of water (and monitor the indoor temperature), and they will notify the policy holder in case standing water or high humidity is detected which will help to limit damage.

Two other high-risk categories for insurers are householders who have had previous water damage claims, and are therefore regarded as more likely to have a subsequent claim. And small businesses with expensive equipment such as dentists or doctors, for whom water damage can also cause the business to grind to a halt.

Given the current environment in which escape of water claims and their values are rising year by year, the availability of policies that reward or recognise householders with smart water controls is set to grow exponentially, and it will also improve the options for householders whose properties were previously challenging to insure. It is estimated that using these systems has the potential to reduce insurance premiums for householders by as much as 15%, and the likelihood is that for insurers the savings will run into hundreds of millions of pounds every year.