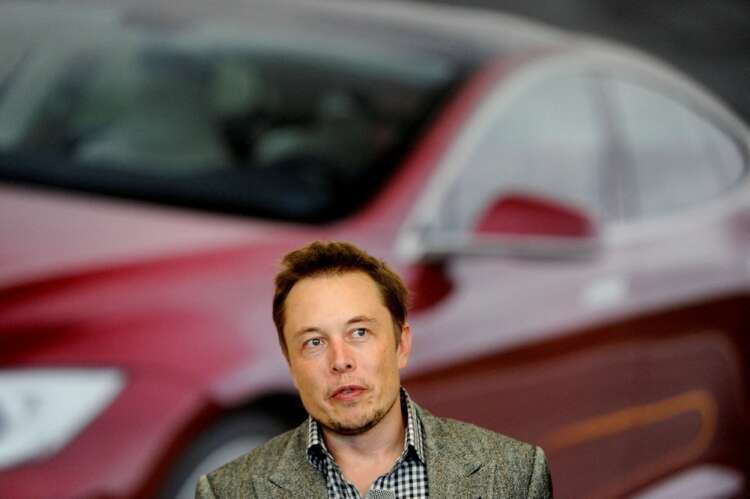 SAN FRANCISCO (Reuters) -Tesla Inc Chief Executive Elon Musk said on Wednesday he was “almost done” with his stock sales after selling over $15 billion worth for more than one month.

The billionaire had made confusing statements as to whether he might or might not be done with his stated goal https://www.reuters.com/business/tesla-shares-fall-after-musks-twitter-poll-backs-stake-sale-2021-11-08 of selling 10% of his Tesla shares.

“I sold enough stock to get to around 10% plus the option exercise stuff and I tried to be extremely literal here,” he said in an interview https://www.youtube.com/watch?v=jvGnw1sHh9M on Tuesday with conservative satirical website Babylon Bee.

But on Wednesday he suggested he might not be done. “This assumes completion of the 10b sale,” he tweeted, referring to his prearranged sales plan related to his options.

“There are still a few tranches left, but almost done,” he tweeted later.

Under the Rule 10b5-1 trading plan set up in September, he has exercised stock options that expire next year and sold a portion of the stocks to pay taxes, according to Tesla filings.

Following a flurry of sales, Musk still has about 1.5 million stock options that expire in August next year.

Musk said on Nov. 6 https://www.reuters.com/technology/musk-asks-followers-twitter-whether-he-should-sell-10-his-tesla-stock-2021-11-06 he would sell 10% of his stake if Twitter users agreed. Tesla shares, which had hovered near record highs, lost about a quarter of their value soon after.

On Wednesday, Musk sold another 934,091 shares, bringing the total he has offloaded to 14.77 million – nearly 90% of the 17 million or so shares he had been expected to sell.

Asked whether he sold because of the Twitter poll, he said on Tuesday he needed to exercise stock options that expire next year “no matter what.” He added he sold additional “incremental stock” to get near 10%.

Of the 14.77 million shares sold, 9.34 million were sold to pay taxes related to his options exercise, according to Tesla’s securities filings.

Musk, who moved the company’s headquarters from California to Texas earlier this month, in Tuesday’s interview also criticized California for “overtaxation” and “overregulation.”

“California used to be the land of opportunity and now it is … becoming more so the land of sort of overregulation, overlitigation, overtaxation,” he said, adding it was “increasingly difficult to get things done” in California.

On Sunday, he said he would pay more than $11 billion in taxes this year. He has said his personal tax rate tops 50%, which would include federal and state income taxes. Musk said last year he had relocated from California to Texas where he faces no income tax.

Musk also said the “metaverse,” which describes shared virtual environments, is not compelling, adding that playing video games with goggles can cause motion sickness. “Sure, you can put a TV on your nose.”

“I think we’re far from disappearing into the metaverse. This sounds just kind of buzzword-y.”