The driving forces behind PE’s hunger for mid-market tech 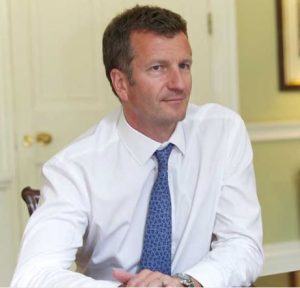 In an investment climate in which many traditional asset classes are offering sub-par returns, private equity (PE) fundraising is booming.Amid voracious investor appetite, mid-market tech companies – such as software firms, IT services providers and online services models– are being highly sought after by PE buyers.  Competition for profitable deals is fierce, and valuations are consequently rising.

In the analysis below, Nick Jones, Partner & Head of Technology at Cavendish Corporate Finance LLP, the UK’s leading mid-market M&A advisory firm,looks at the driving forces behind PE’s appetite for this sector, including the new role of tech in business, changing business models and increasing demand for mid-market tech, and how tech firms can position themselves for sale.

The PE sector is in the midst of an upwards surge.  Since the start of last year, PE fund closures have raised $731 billion, according to the latest figures by Preqin. Analysts believe that private market fundraising this year could hit the highest levels in a decade, when managers attracted $419bn, or may even surpass these figures.In August, the US-headquartered PE firm Apollo Global Management said it had gathered $24.7 billion for its latest buyout fund, the largest of its kind. Smaller PE firms are also attracting record sums of capital.

The consequence is that dry powder in the industry,the sum that is yet to be invested, has hit $954bn as of September 2017. That is a new high and a jump of almost $100bn since the start of the year.

What is driving this surge? The primary reason is investors’ hunt for yield.Though there are signs of monetary tightening from central banks around the world, the process is still in its nascent stages and likely to be very slow. With interest rates still at or near historic lows, and cheap money abundant as a result of quantitative easing, many investors are shunning meagre bond yields. Public equity markets, meanwhile, are generally seen as being at the more expensive end of the spectrum. Investors are flooding private equity with capital with the expectation of higher returns than they can achieve in other asset classes.

The consequence of this excess of dry powder is that competition for deals among private managers is very high. Profitable deals are increasingly difficult to identity, and are attracting hefty premiums. Valuations are being driven up as a result.A sector which PE buyers have taken to,with special enthusiasm is mid-market technology – particularly companies that operate within the overlapping realms of software, IT services, and online services models. For example, according to a recent study by Boston Consulting Group (BCG), PE firms’ investments in software companies doubled as a proportion of their total investments over the past decade – increasing from 4 per cent in 2007 to 8 per cent in 2016. The corresponding number of annual acquisitions more than doubled, from 228 in 2007, to 481 in 2016.

The growing ubiquity of tech

The surge of investments in these companies has been underpinned by the changing nature of technology as an industry. The sector is no longer only focused on gadgets and internet companies which target a tech-savvy niche of the population. Rather, thanks to the proliferation of fields such as artificial intelligence and the internet of things, technology has become ubiquitous in every aspect of our lives. It is fundamentally changing every sector – spanning fields as wide-reaching as transport to finance,and pharmaceuticals to agriculture.

Virtually every industry is rethinking its business models to embrace innovations in technologies such as artificial intelligence, big data and cloud storage– both to generate new business and to cut costs. Meanwhile, companies and individuals are urgently looking for ways to protect themselves from the rising threat of cybercrime, not least to protect the privacy of the fast-growing volume of data they now hold. PE investors see vast potential for mid-market technology firms to capitalise on these myriad opportunities and help to ameliorate the risks – whether they provide services to help businesses upgrade their outdated IT systems in order to adapt to a rapidly changing world, or develop new software that could potentially help transform an industry.

The returns PE investors are seeing from the tech sector have been encouraging. BCG found that returns from software acquisitions have generally outperformed the market. This was especially pronounced when the buyer had more experience in technology deals. For example, investors in its sample whose software deals represented at least a fifth of their total deals outperformed the median internal rate of return (IRR) of other industries by 20 percentage points.

One factor driving this outperformance is changing revenue models in the industry, which are making companies that adopt them more appealing to potential PE buyers. For example, software and cloud-based IT companies are increasingly moving to software as a service (SaaS) revenue models. Under such a model, software is licensed on a subscription basis and is centrally hosted. The advantages for the company’s revenue stream is that that the same product can be sold many times over at regular intervals to different customers, at no extra cost to the company. This is enhanced by the very high ‘stickiness’ of sales – that is, renewal rates – that software companies are demonstrating. Many PE investors are attracted to such business models because of their scalability and the relative ease with which they can penetrate new markets.

But legacy software companies are not being left behind, either. A recent analysis by Bloomberg found that the focus of private equity interest in the software industry lies in two primary areas:emerging technology and legacy software.While sales growth is slowing for companies that provide products to on premise IT architecture (as opposed to architecture which has been migrated on the cloud),maintenance and support revenue for these companies remains stable – providing the type of steady cash flow that holds much appeal for PE investors.

The mid-market in demand

A characteristic of PE interest in the software and IT services sectors has been its enthusiasm for mid-market, and particularly lower mid-market, firms. One reason is investors’ desire to take a stake early enough in the development of a company to capture its peak growth. Moreover, given the competition among PE investors at the higher end of the market for relatively few firms, smaller companies offer more choice and potentially more reasonable valuations. PE firms seeking to inject their own expertise into a business may also find that the lower middle market offers more opportunities.

Smaller companies can also make effective bolt-on purchases, reflecting the popularity of buy-and-build strategies where PE investors seek to form larger software companies rather than buying them outright.Add-on acquisitions – in which one PE-owned company acquires another company – have been the leading deal type in the software sector over the past decade. An advantage of this strategy is that it can create considerable synergies – both in terms of cost reduction and the generation of new revenues.  In addition to synergies, the valuation will be boosted by an uplift in the exit multiple with a premium for scale.

The upshot of these factors is that the tech industry is seeing an expansion in its sources of funding, with venture capital being complemented by private equity; a number of mid-market funds have developed a tech focus including Lyceum, Bridgepoint, Synova and ECI. The present time is ripe for mid-market software and IT services companies looking for a buyer to put themselves in the best possible position for a sale. They need to be able to demonstrate their potential for further growth in new markets or through new products and services, including any synergies they might bring as a bolt-on acquisition to another company. It is also vital they ensure that they have robust financial controls in place – such as accurate financial reporting – to minimise the chance of any PE deal being scuppered by red flags during the due diligence process.

Given its surge in popularity there are, of course, questions being raised about whether PE can continue to outperform other asset classes and provide the magnitude of returns that investors are looking for. The abundance of dry power in the industry has stoked concerns about a potential bubble.It is uncertain how long fundraising can sustain its current highs.

But within the PE industry, there has been a clear shift towards investing in software and IT companies in the mid-market. Given the ubiquity of tech, the way it is transforming every sector of the economy, and new models for generating revenues, this is a trend which is likely to continue – and may well be expedited – into the future.