The Future of Artificial Intelligence in Cyber Security 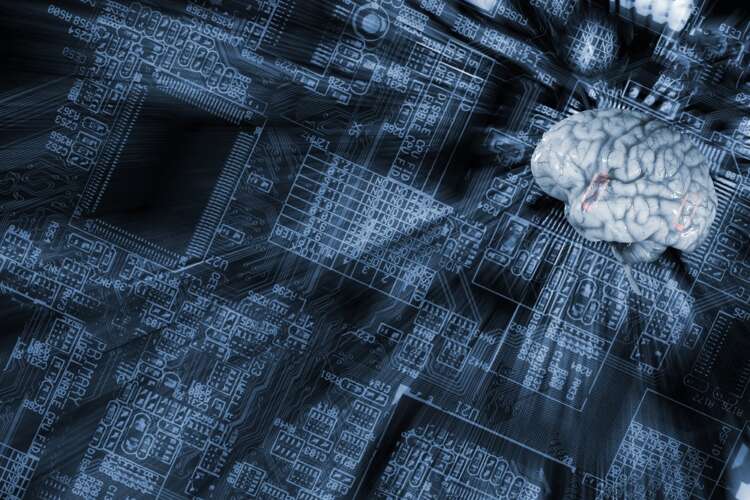 The world has never been so dependent on the internet and cloud-based storage solutions as it is right now. The entire world’s economy is balanced on our ability to protect and use the data that we store online in an efficient and manageable way. When you begin to understand the extent of our world’s data-collecting abilities, you can understand how protecting that data is far beyond the means of any human.

To put it into perspective, by 2025 the daily amount of data generated globally is expected to reach 463 exabytes. Although that’s a hard number for the human brain to fathom, you can begin to understand its scale by the fact that the entire vocabulary of humans is estimated to be only 5 exabytes. At present, industry leaders are struggling to even find how to interpret such large masses of data, let alone work out how to secure them. With an incomprehensible amount of information being stored on the internet, artificial intelligence seems to be the most logical advancement for the cybersecurity industry.

No existing software developed by humans is advanced enough to process all the data that the world is currently storing. Constant investment into the specialist study of Big Data looks at how we can understand, interpret and manage datasets as large as the ones we are presented with today.

Google, Amazon, Microsoft, and Facebook alone store a gigantic 1,200 petabytes of information, which gives them unreckonable commercial power. But when data leaks in recent years have come from big names such as Yahoo, British Airways, and Aadhaar you can see how easily even the most powerful corporations can fall victim to catastrophic cybersecurity failures.

With it clear that current cybersecurity software and practices are not sufficient, the next logical stage of advancement is to integrate artificial intelligence into the core of any future cybersecurity developments.

How AI Can Change The Future of Cyber Security

One of the most promising areas for AI integration into cybersecurity is malicious pattern detection and prevention. Artificial intelligence has the ability to understand the patterns and behaviors of typical malicious content and prepare security options for a limitless combination of potential threats such as dangerous emails or disguised unauthorized access attempts.

By being able to study and understand the typical content and patterns in external cyber threats, AI can predict an endless amount of combinations of potentially damaging sequences and independently resolve or alert the users of any detected risks before they are able to pose a real cybersecurity threat.

As mentioned, some of the biggest data breaches in recent years have actually been the result of company fault rather than an external hack attempt.

With AI integration, any areas of potential weaknesses in a company’s data storage system would be automatically detected and flagged immediately, so that there is no way that an undetected flaw could cause a data leak to happen. This is a process that could have prevented some of the most catastrophic data breaches to date which were a result of data being exposed due to human oversight.

AI: Determining The Root Cause of Cybersecurity Issues

Currently, when something goes wrong the process usually involves the cybersecurity team working backward to try and find the core trigger of the problem. Not only is this costly and time-consuming, but it also doesn’t always provide the most accurate results. This is where the potential for AI comes in, which in the future could replace the entire process.

When a data breach occurs, AI would be able to immediately determine the source of the problem by pinpointing where the change in the software occurred, determine how it infiltrated the security system, as well as alerting you of ways that the issue could be best prevented in the future. Furthermore, if this was a new type of cyber attack, the AI software would be able to analyze its characteristics in order to better detect and prevent the problem from occurring again; all in a fraction of the time that it would take for cybersecurity professionals to attempt the same.

Of course, this isn’t something that is unnoticed by the cybersecurity industry. The integration of article intelligence has already begun and will continuously change and progress over time. With AI’s ever-developing abilities and the ever-growing data stored on the internet, it is an inevitability that it will become central to even the most basic cyber-security processes.