The ‘Girl Boss’ is gone. Welcome to a new era for women in leadership 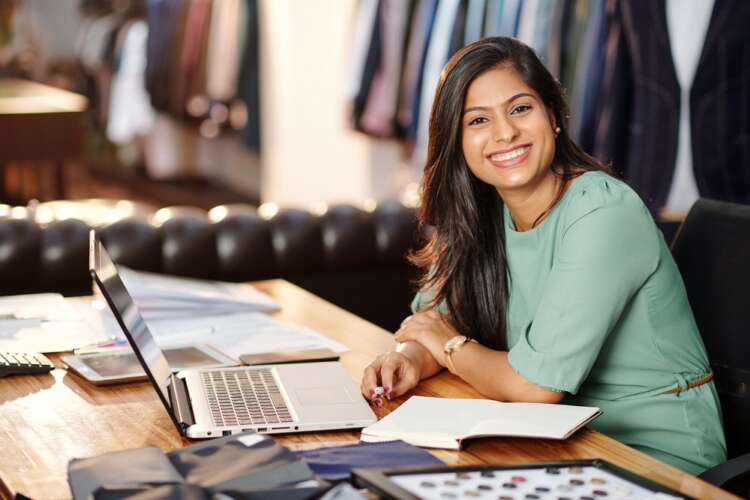 While the phrase ‘Girl Boss’ was once the aim of many young and career-minded women who wanted to set their own rules, it appears the term has run its course. As a new era of women in leadership dawns, I really welcome it. As recently as 2020, the Advertising Standards Agency ruled that using the term in advertising was patronising, following complaints. Long gone are the times when being a #GirlBoss was seen as empowering, despite its hold on young women less than a decade earlier. As Leigh Stein recently observed ‘Girl Boss wasn’t just a mindset — it was an aesthetic.”

Women were told to ‘hustle’ hard and beat men at their own game. However, this mentality became a double-edged sword. To be the ultimate ‘Girl Boss’, women were encouraged to adopt traditionally masculine traits rooted in misogyny. While taking on these traits may have helped some women climb the ladder, it proved to alienate female staff who didn’t see female interests or styles represented.

Over time, the ‘Girl Boss’ mentality and association started to fade, showing that this way of thinking and working wasn’t all it was cracked up to be, lacking in diversity and equality as well as demanding that traditionally female traits be left at the door, even though they are actually incredibly beneficial in the modern world of business.

Saying goodbye to the ‘Girl Boss.’

While there have been many success stories from the Girl Boss era and this success should not be diminished, we should see these attitude shifts as an opportunity for women to take the next steps into leadership. The new focus should be that they do so without having to adopt a certain way of thinking, looking and behaving – and many have already started. Only when we do that, do we start to walk our talk on being ‘inclusive’ in our leadership teams and practices.

The original set of ‘Girl Bosses’ may be stepping aside; however, we are seeing an increase in the number of women from all backgrounds who don’t fit the ‘traditional leader’ mould stepping up, including those who are Women of Colour, disabled, LGBTQ+, or neurodiverse.

In fact, in the UK, more than half of women (51%) surveyed by Lifeskills, said that the Coronavirus pandemic has made them want to start their own business. Is it possible that the fact many women have taken on work, home-schooling and care responsibilities during the pandemic has finally reminded them of the soft skills that can propel them forward?

Why women should embrace their instincts and individual skills

Previously, many women would have been anxious about combining their skills and experience as a mother or carer and bringing them into the workplace; however, society is beginning to realise that these skills are an asset to working and home life alike.

We are seeing more women in the public eye who are showing how they are balancing motherhood and their careers. In 2018, Jacinda Arden, Prime Minister of New Zealand, took her young daughter with her to work at the UN General Assembly. Not shying away from the fact that she is not only a politician but also a mother and would not give up one role to succeed at the other.

Similarly, Bumble CEO Whitney Wolfe Herd recently took her one-year-old son with her to celebrate the fact that she is the youngest woman in America to take a company public. The company shared a post on social media that, while simple, spoke volumes – “This is what leadership looks like”. In a nod to her empathetic leadership, she later gave all staff a week off so that they could avoid burnout following the strains of the pandemic – a far cry from the hustle culture of years past.

These kinds of examples set a new tone for female leadership, one that combines their many roles and experiences. After all, being a parent includes a lot of skills that are helpful in the workplace, patience, empathy, diary management, to name just a few. While we must acknowledge that it is not only women who have these attributes, often, they are still the primary caregiver. Before the pandemic, women undertook 65% of childcare responsibilities on average compared to their partners, and this only increased further during the pandemic, meaning they are more likely to have these strengths to utilise on a day to day basis.

The best leader is an authentically confident one

For businesses to be in the best position, leaders need to be confident in themselves, their abilities and vision. While the ‘Girl Boss’ era had its time and may have provided a crucial confidence boost to would-be leaders, a newer and more authentic approach is allowing women to be themselves and not have to live up to unrealistic expectations or adopt toxic traits to reach the top.

Instead, I hope to see what previously would have been unthought of – women actively discussing how being mothers or caregivers has made them more adaptable and agile. As we move forward, we should see women embracing traits that previously may have been deemed lesser for being more feminine, such as empathy, as they define their own leadership style. After all, there is no one way to be a leader, no matter your gender, and all businesses can benefit from understanding that as they look towards the future.