The global recession drum beat is getting louder

LONDON (Reuters) – Sharply higher interest rates, red-hot inflation and a prolonged energy crisis are leading to conviction that the world economy is headed inexorably towards recession.

Paul O’Connor, head of the multi-asset team at Janus Henderson, notes that since 1955 “the U.S. economy has always experienced a recession within two years from every quarter in which inflation was above 4% and unemployment was below 5%, as they are today.”

The International Monetary Fund this week warned inflation and war may push the world economy to the brink of recession.

The U.S. Treasury yield curve has a track record of predicting recessions, especially when two-year yields rise above 10-year maturities. The 2/10s yield curve has inverted before every one of the last 10 U.S. recessions.

The yield gap between the two maturities is around -20 bps, and was recently its most inverted since 2000.

Central banks are jacking up interest rates. The Fed just delivered a second 75 basis-point increase on Wednesday to tame 9.1% inflation. 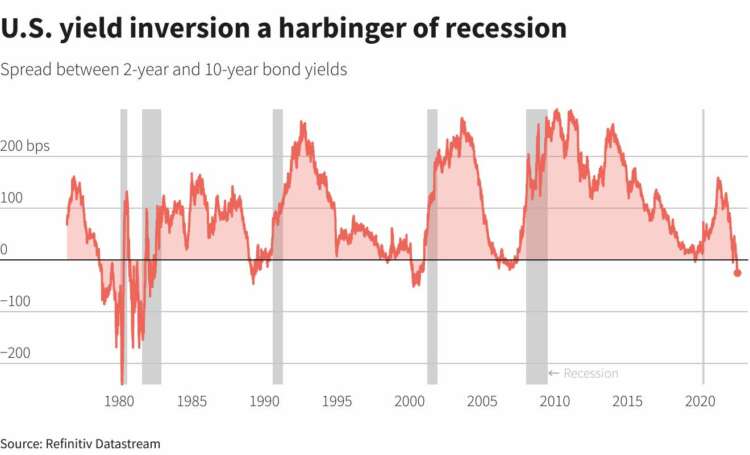 The IMF says a complete supply cut to Europe by year-end and another 30% drop in Russian oil exports would see European and U.S. growth at virtually zero.

Global growth could slow to 2% in 2023, it warns, a level effectively amounting to recession given population growth and poor countries’ need for faster expansion.

An “inflationary recession” in Europe this year will ripple outward, asset manager PIMCO said, noting the United States sends a third of its exports to Europe and relies on European Union producers for 25% of its imports. 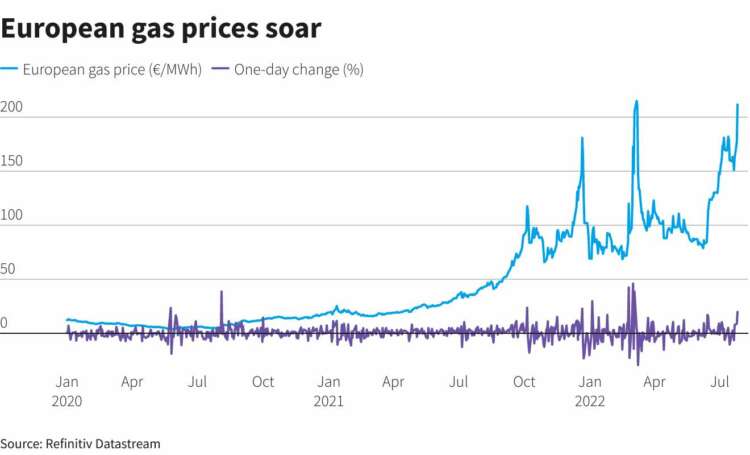 Purchasing Managers Indexes are reliable predictors of manufacturing, services, inventories, orders, and therefore future growth. So, the unexpected contraction in U.S. and euro zone July PMIs sparked an investor dash for the safety of bonds.

For Citi analysts, the July PMIs confirm that Germany is in recession, with the euro area not far behind.

Within global PMIs, higher inventories typically signal slower growth, especially if accompanied by a slide in new orders. Goldman Sachs noted this ratio hit its lowest level since May 2020 this month. 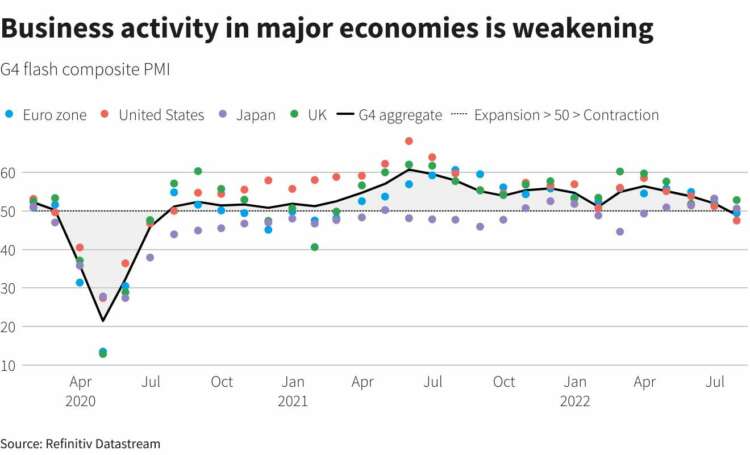 Copper, a growth bellwether, is down 22% this year.

Dubbed “Dr Copper” because of its record as a boom-bust indicator, the metal has also seen its price ratio to safe-haven gold hit an 18-month low.

Standard Chartered said recessionary fears had caused a fall in base metal prices and it had revised down its forecasts. 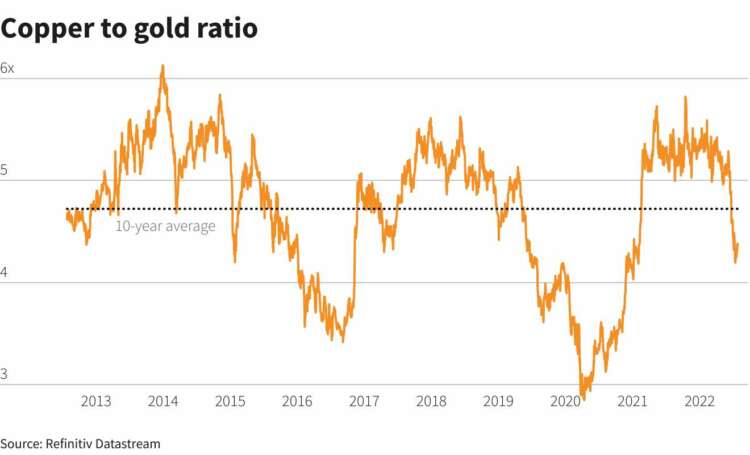 Corporate sector stress, especially at the lower end of the credit spectrum, is another warning signal.

Financing costs for sub-investment grade, or “junk” U.S. companies stand just below 8%, having almost doubled this year, while in euro markets, yields have soared to 6.4% from 2.8% in early-2022. 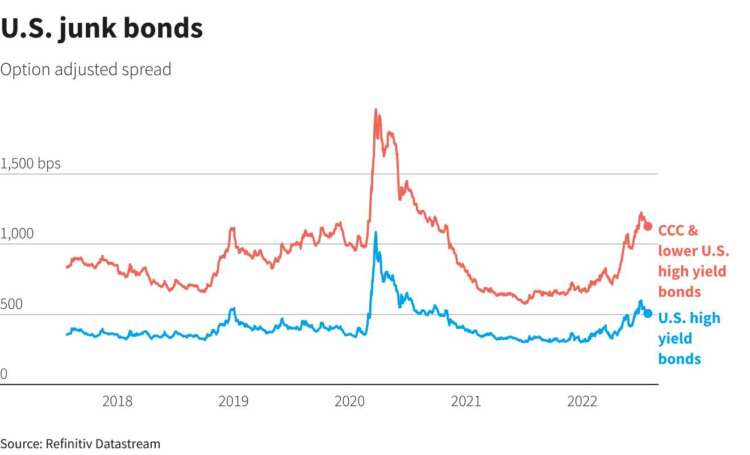 Citi’s Economic Surprise Index, measuring the degree to which data beats or misses forecasts, is down sharply for Europe and the United States.

The University of Michigan consumer sentiment index, currently around 50, is approaching “recession levels,” he added. 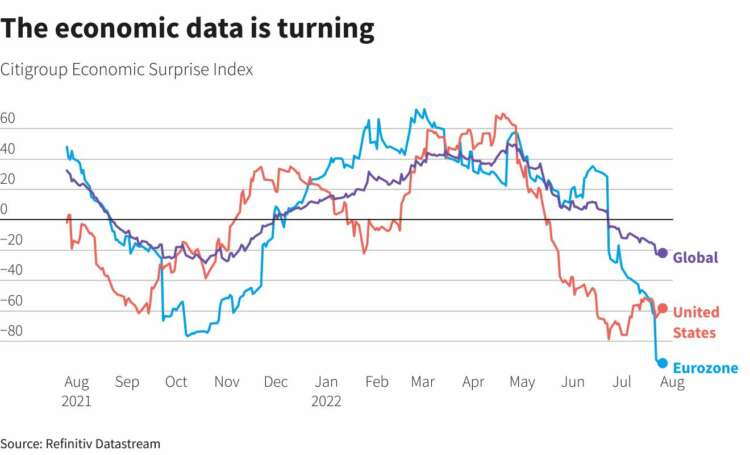