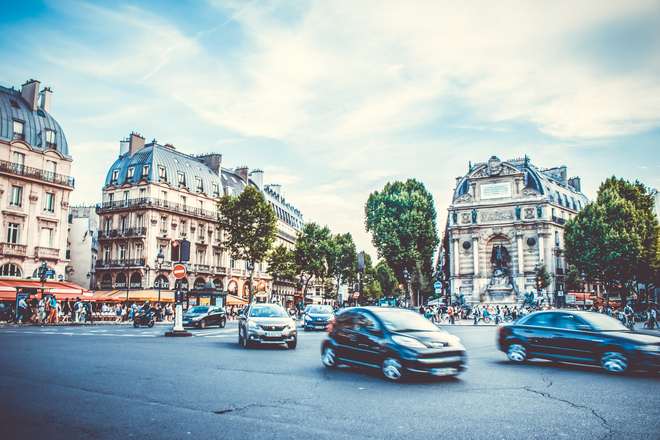 Self-driving cars are no longer just a distant dream in the future: Waymo, Uber, Apple and more are already testing their cars in American cities.

The next step? A self-driving city. Whilst the benefits are often highlighted, there are other possible implications on health and the wider society. Here, CAT Autokeys discusses these issues, and how an overreliance on autonomous driving technology could affect productivity, safety and the environment.

A Brief History of Autonomous Cars

Believe it or not, Ford was the pioneer of this technology, when it championed the idea of autonomous driving back in 2005 at the DARPA Grand Challenge.

However, it’s Google’s journey that’s been the most publicised: launching its self-driving car project back in 2009, between them, their self-driving cars (now under the name of Waymo) have driven over two million miles autonomously.

Waymo is currently testing cars in Phoenix, Arizona – the same state where Uber is testing theirs (having moved from their Pittsburgh, Pennsylvania base). Apple, although late to the game, is also testing autonomous cars in California.

The benefits that self-driving cars will supposedly bring have been widely reported. Before a fully self-driving city is achieved, there will be a period of transition, where robotaxis will be introduced, predicted to cut urban car ownership by 70% by 2050.

However, until the day a self-driving city is reached, how will we know if the benefits are true? What if there’s a darker side, with autonomous cars bringing safety, environmental and productivity risks and implications? Are Self-Driving Cars Actually That Safe?

It’s been cited that self-driving cars will help to drastically reduce the 1.3 million road fatalities that are caused worldwide every year. After all, 94% of crashes are due to human error.

However, driverless cars have recently claimed their first victim. Following a fatal crash where a pedestrian was struck and killed in Tempe by a driverless car, Arizona has suspended Uber’s self-driving car tests.

As the victim slowly crossed the road, not even the brakes were pressed, crashing into her at forty miles an hour. This raises the question of whether self-driving cars are actually as safe as they’ve been made out to be.

The truth is, right now, driverless car technology can sometimes struggle to distinguish between pedestrians and inanimate objects such as poles or plastic bags that fly into the road.

However, referring back to the crash in Tempe: footage shows that the human safety driver wasn’t looking at the road leading up to the crash, which potentially prevented her from pressing the breaks before it was too late.

If 94% of crashes are human error, then technically driverless cars are safer. However, unless the technology can always understand the difference between a person and an inanimate object, then there will always be risk of an accident.

The Impact of Self-Driving Cars on the Environment

Another major benefit that’s often publicised, is the positive effect driverless cars will have on the environment.

The cars that are currently being test-driven are all electric, which reduces emissions. Not only that, but automated technology will put a stop to sudden braking and excessive re-accelerating, which will further reduce air pollution.

Some people are also claiming that self-driving cars will reduce congestion in cities, but this isn’t necessarily true. Sure, if driverless cities feature automated carpools or public transport, then that will reduce the number of cars on the road; and it can also help people be more productive. In Oslo, the council is looking at autonomous buses, but are reluctant to allow self-driving cars to enter the city–which makes sense, as they’re currently taking steps to reduce the number of traditional cars from entering the centre of the Norwegian capital.

However, if autonomous cars are as convenient and cost-effective to run as they’re made out to be, then that could result in more people purchasing them. If there’s more cars on the road, then naturally congestion will rise. As we’ve witnessed over the years, if new technology is introduced, then we have to use it. The internet, smartphones, digital assistants…

When we talk about safety of driverless cars: we refer to the number of accidents they directly cause. Yet cars – driverless or not – indirectly cause death, through pollution (which is directly linked to lung disease), and the fact that it promotes an inactive lifestyle – instead of driving, you could be walking or cycling. In fact, 90% of negative health impact from cars are directly related to the lack of physical activity, and long periods of sitting.

Driverless cars won’t reduce these factors, and it’s argued that for that reason, health experts should have a heavier influence on who is allowed to have access to self-driving cars. If there is a chance to promote a healthier lifestyle along with the introduction of autonomous vehicles, then surely consulting the experts will help to increase this likelihood.

It’s clear to see that we still have a long way to go until we achieve a self-driving city, and until that day happens, we won’t know the true advantages and disadvantages for sure. For all of those who are in favour of autonomous vehicles, others aren’t so sure: a survey found only 15% of Americans would prefer autonomous vehicles to one that they can drive themselves; and Paris has banned self-driving cars from entering the city.

Our advice is to take these predictions with a pinch of salt, and remember there’s a flipside to the advantages.