The importance of women in tech 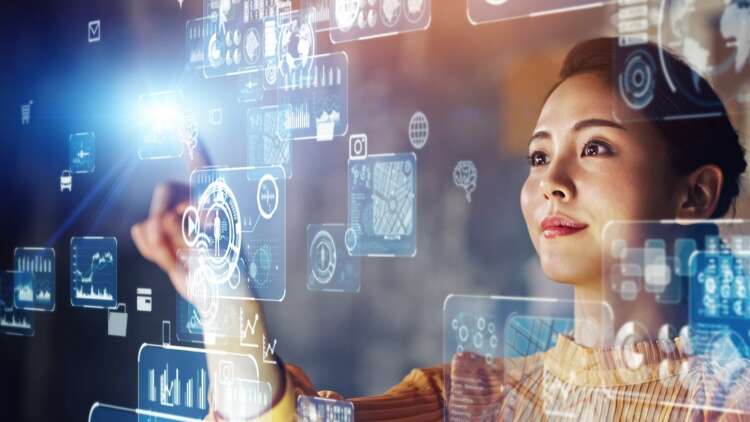 It’s almost surreal that in 2022, we still find ourselves in a position where we are pointing out the benefits of more gender diverse tech teams, but the reality is that the dial isn’t shifting quickly enough towards a more balanced workforce.

Whether that’s the relatively few women on the front line working hands-on with technology, to alarming figures such as only 19.2% of CIOs at Fortune 500 companies being female, the reality is that it still feels like a lot of talk around diversity is yet to translate into action, no matter where you look in the chain.

Statistics like these aren’t isolated—they’re replicated across tech ecosystems around the world. So, it feels important to point something out about the businesses who have succeeded in leveling the playing field: they perform better. While there really shouldn’t be any greater incentive for gender diversity than it being fundamentally the right thing to do, it’s worth noting that it reaps many rewards for organizations that are taking action.

It may sound obvious but the more angles you tackle a product or problem from, the more rounded your solution becomes. And it’s safe to say that it’s essential if you want to be successful because: guess what? Half of your customers are women too!

Whether you’re providing a physical product for people or using AI/machine learning to provide online services, the reality of using data sets created by, say, a team of straight white men is only going to result in one thing: a solution that will primarily help or benefit straight white men. And, there’s a very good chance that it will actively work against anyone who falls outside of that demographic.

Understandably, it’s a difficult bridge to cross—we’re on the brink of a digital skills gap that could become a crisis if it isn’t addressed. Rightly or wrongly, that means the priority isn’t always to re-evaluate your entire hiring strategy and start over. Instead, many firms’ number one goal is simply to find the best, or let’s be honest, any available tech talent that you can find to join your organization. That means ideals can easily fly out of the window when you’re in critical need of someone at a desk.

With so many tech roles remaining unfilled it’s understandable that organizations take a short-term view and bury their heads in the sand when it comes to unearthing new, diverse talent. However, the reality is this—there are a variety of ways that even something as simple as a job ad could put a woman off applying for a role with you.

Adjusting to using gender neutral wording in job ads is a process that has been researched exhaustively and every time, results show that it works. It’s also a fact that men are more likely to apply for roles that are senior to their current level than women, so look to remove skills or experience that aren’t actually necessary to carry out the job. When you’re consciously or unconsciously discouraging demographics from showing an interest in your organization, you’re narrowing the pool of the talent available to you. And that’s when diversity begins to have an impact on your bottom line.

Of course, it’s not as simple as just tweaking a few job ads, then sitting back and allowing the problem to fix itself. The quit-rate for women in tech is notoriously high which means that there needs to be an entire shift in culture, as well as infrastructure that supports it, to avoid any drop-off once we correct the imbalance.

It’s no good encouraging women into a lucrative and exciting career in what is as future-proof an industry as you could hope for, only to offer them no long-term prospects beyond their current role.

Offer mentorship programs that will equip more junior members of staff with the skills they need not just to succeed in their current role, but the one after that, and beyond. When a person can see a clear progression route ahead of them, and are given the tools to achieve that, their eyes will usually remain on that goal, rather than the exit door. It may sound simple, but cultural change is usually the result of several small steps that have a powerful cumulative effect.

While there is much to discuss when it comes to the support needed that allows women to shine in the workplace, one often overlooked elephant in the room is family commitments. We are the ones who put our careers on hold when children come into our lives, and it’s important that we make the distinction that it should only result in being paused, not cancelled.

The future is bright

The last 24 months have seen the value that a remote workforce can bring to an organization, but there’s also no doubting that it can have a positive effect on working parents too. When coupled with more flexible working hours, it offers the potential to fit work around life, rather than the unhealthy opposite. And when you have a happy home life, it’s much easier to remain energized and engaged when you switch from parent to work mode

If you succeed in taking those steps and are attracting more women into your workplace, congratulations—however, it’s essential to make sure that you have support mechanisms available at every step of the way. Anecdotally, I do believe that tech has become a better place to work for people of all backgrounds. Vendors such as Salesforce have led from the top in promoting truly diverse and inclusive environments for professionals working with their platform, and they’re not alone in this. However, we’re yet to see statistics that show a significant increase in female talent in any ecosystem.

That means there’s still a lot of ground to cover before we reach any reasonable sense of equity. And the days of promoting it as being the right thing to do on a human level may be past us—it’s time to realise that failing to address it also affects your business and the bottom line.