The lack of female leaders and how to tackle this issue 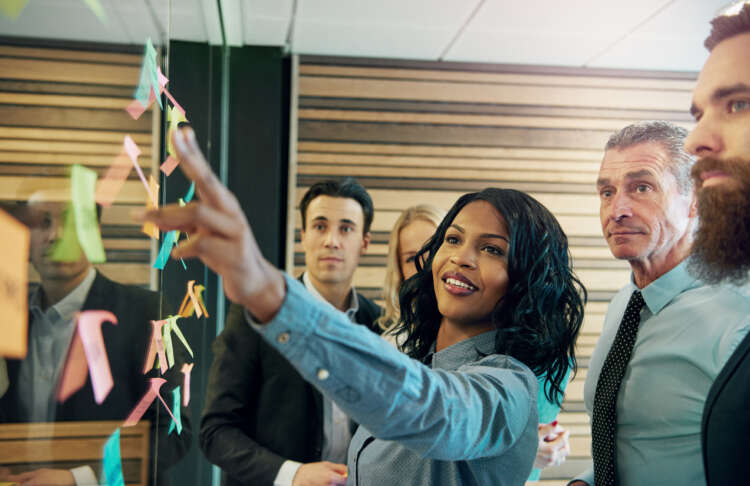 Representation of minority groups across industries and in senior roles is hugely important if we’re to foster more diverse working environments and nurture talent. Over the past year, this topic has certainly been given the spotlight it deserves. However, the lack of women in senior positions is still a major problem – and it needs addressing now.

As a female COO, I know how hard it is for women to climb the ladder. The company I work for sits at the junction of technology and finance – both notoriously male-dominated fields. I have had the misfortune to experience incidents of sexism in the workplace that I know my male counterparts wouldn’t have had to go through.

This kind of treatment may deter women from ever wanting to climb the corporate ladder, but it’s only the tip of the iceberg when it comes to the problem of a lack of female leaders. During my own fundraising process for a previous venture, there were clear instances where I was unfairly overlooked, and it’s this discrimination that’s primarily causing such a lack of representation.

A recent report by Atomico makes for worrying reading. Despite women comprising half the population, the amount of capital raised by startups with all-female founding teams was just 1.1% of the total in 2021, down from 2.4% the previous year. On top of this, 49% of female founders feel that being a woman has negatively impacted their chances of raising capital.

There are ways to address this problem, and surprisingly Coronavirus and the effects of lockdown on work have positively impacted  discrimination, particularly when it comes to investors and startups (something our own research project sought to address).

But before we get onto solutions, we must first address the size of this problem.

A lack of representation, imposter syndrome, and knock-on effects

Without getting stuck in the weeds, detailing how this problem has come about and why it’s getting worse (a contentious topic with many different theories), I’ll focus on  addressing the main issues caused by a lack of women in senior positions.

Fewer women obviously means there will be a lack of representation. For women just starting out in their careers, the scarcity of female founders would reasonably allow them to conclude that women do not start their own companies, are not meant to, or are not successful. They then opt out of aiming for senior positions. This endless cycle is certainly responsible for sustaining the problem (although there are a number of different factors at play).

This has caused an overwhelming number of female leaders to suffer from imposter syndrome (an inability to believe that their success is deserved), with a recent KPMG study finding that 75% of executive women have personally experienced imposter syndrome.

The knock-on effects of both of these factors – imposter syndrome and limited representation – cause issues such as women not speaking up, asking for funding or trusting their own voice.

So, the issue of a lack of women in senior positions combines with women in those positions doubting their abilities and not pushing their businesses to succeed. The end result: a lack of successful female founders and all-female founding teams.

Eliminating discrimination from the startup and investor community

Forced apart by lockdowns, investors and entrepreneurs have had to find new ways to connect remotely. This has opened the door for greater diversity within the investment community. In a recent study commissioned by Connectd, we found that 74% of investors are more likely to make deals nationwide, outside of their own area/region, since the start of the pandemic, and 42% no longer feel the need to travel to meet in person, preferring instead to carry out deals digitally.

Part of why I joined Connectd was to eliminate the discrimination that exists within the startup and investor communities, encouraging diversity at the crucial juncture of sourcing funding in the startup journey. By connecting digitally, founders are  judged solely upon the ideas and business plans they present rather than the way they appear.

I use the platform to open up the conversation about empowering women and starting to equalise the numbers of women founders, investors and advisors within the community. In fact, we have well above the average figures of women leaders across all three verticals using the site, although we recognise we’ve still got a long way to go. I will continue to drive forward equality until the figures better reflect society and ensure this is sustained.

Direct to Consumer: the rite of passage for retail in 2022