The Leaders’ Dilemma: The devil or the deep blue sea 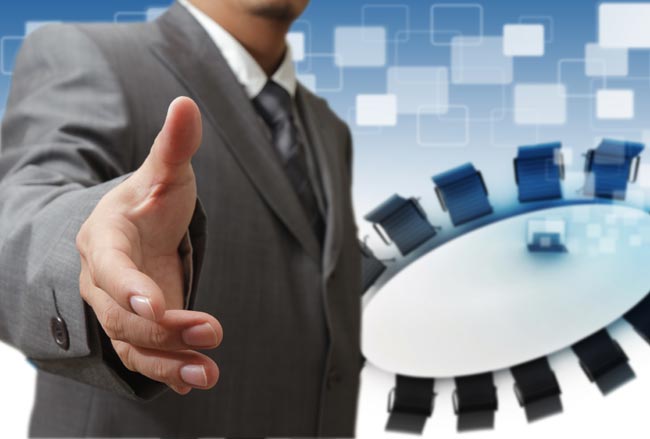 In order to stay afloat, I had to sink our ship. It was a daunting decision, but as the “Captain” it was necessary.

As a matter of background, Lifesize’s journey began in 2003 as a provider of communications equipment for conference rooms. By 2009 we were a $160 million powerhouse; Logitech noted our success and acquired us. Initially, it was very validating, but as time passed the world changed: collaboration services started moving to the cloud, and Lifesize was stuck in the boardroom and the corporate data center. By 2014, we reached our “evolve-or-die” moment: ditch our legacy model, or go down with it.

Now that we’re through the reinvention process – and as of late Dec. 2015, officially spun off from Logitech – I’ve compiled four lessons that resonate across all aspects of leadership, and can help others negotiate similar seas of change with confidence.

One: Chart a clear course

During the first year our cloud offering was available, we attempted to serve two masters: our legacy equipment and our new SaaS service. However, after six months it was clear we needed to fully commit to the New World. Ideally we would have discontinued our old product before we even launched the new one. I recognise there’s no way we could have known this at the time, but I encourage other leaders to consider that if it’s worth pivoting a little, it’s probably worth pivoting a lot.

Once Lifesize fully adopted its SaaS-based collaboration focus, we realised we didn’t belong within Logitech’s portfolio of peripheral hardware. There was no way we could excel under the same roof. Instead of forcing the fit, we looked for investors who specialised in high growth B2B SaaS providers, and whose domain experience would enrich our growth. This shift proved invaluable, and put new wind in our sails.

It’s hard to overstate the importance of culture in a transformation. At the start of Lifesize’s transition, we didn’t make the time to clearly define our mission, vision and core values. This is not to say they didn’t exist; our ethos was something we all sensed but hadn’t articulated.

As we progressed, we started to lose our bearings. Folks wanted to know what our plan was and what our anchor points were – beyond being profitable and pleasing our investors. In response, we made our values official, via an exhaustive exercise wherein we listened to employees and came up with four central tenets – act with integrity and authenticity, lead with customer obsession, drive relentless innovation, make every day matter –  and their associated behaviors. The resulting philosophy strongly centered us and won high internal praise from the staff.

Staff reduction is the most difficult task I’ve faced as a leader. But the facts were undeniable: focused on cloud services, we needed fewer hardware engineers and more UX and Web developers. Over the course of three years we reduced our headcount from 550 to 250 and our annual operating expenses from $142 million to $52 million. It was an act of right-sizing as opposed to downsizing. Yes, some of the departures were gut wrenching, but if we hadn’t streamlined, none of us would have a job today.

As our old identity fell away, we started attracting different types of employees: folks who were more aggressive, who thrived on the fast pace, who took more risks, and who were willing to work for equity. This was a stark contrast to folks who gravitated toward the perceived stability of a global conglomerate. In hindsight, shifting our video offering to the cloud was the easy part. Changing the other aspects of our business was significantly more intricate. It’s not easy to let go of the old way of doing things, but learn from this old sailor: it’s better to take a risk in uncharted waters than ride a sinking ship to the bottom.

Tips and advice for start ups

IoT for the Financial Sector