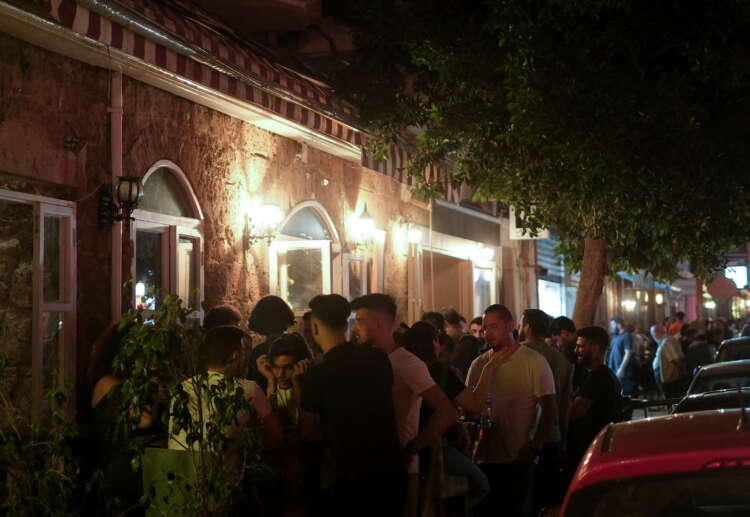 BEIRUT (Reuters) – At some of Beirut’s most popular nightclubs, where the Middle East’s jet set would gather and dance into the early hours, the music has stopped and disco balls are gathering dust above abandoned dance floors and gutted buildings.

Lebanon’s party goers are now largely restricted to pubs, as nightclubs reel from the triple blow of the pandemic, a massive explosion at the city’s port on Aug. 4 that caused extensive damage and a crippling financial crisis.

The economic meltdown has wiped out thousands of jobs, erased around 90% of the local currency’s value against the U.S. dollar and left over half the population below the poverty line.

COVID-19 restrictions are only just beginning to lift, and the chemical blast that killed hundreds of people also left large swathes of the city destroyed, including some of its biggest clubs.

“We are now standing at AHM, or what is left of AHM after Aug. 4,” said Samer Makarem, head of marketing at Factory People which owns AHM and The Grand Factory clubs, pointing to a building with no roof left and debris strewn across the floor.

“Nightlife in Lebanon was famous. Beirut is known as … one of the best party cities in the world,” he told Reuters. “The best DJs in the world used to come to Beirut, consistently, every single weekend.”

AHM and The Grand Factory are both located just a few hundred metres (yards) from the port where 2,700 tonnes of ammonium nitrate ignited last summer.

Makarem said he estimated renovation costs for both clubs at more than $500,000, a daunting sum to find at a time when banks are holding on to scarce hard currency.

Student Issa Kaaki was drinking outside a pub in the nearby Mar Mikhael area where many of the venues have been restored.

“It’s not the same for any of us,” he said of the clubs’ closure. “Now as you see there’s nothing to do. You just go down, you get a drink, there is nothing left. We used to party, we used to have a good time, now it is off.”

Not far away, the B018 club used to attract locals and tourists alike to all-night dancing until its famous rooftop opened as sunrise approached.

“Now we are closed, blackout all the time … the lifestyle in the city totally changed,” Jad Nassar, B018’s manager, said.

His club, a few metres from Beirut port, was shielded from the worst of the blast because it is mainly built underground, but its music system, rooftop and other infrastructure have been badly damaged.

Nassar said the venue would have opened by now, but coronavirus restrictions prevented it from doing so.

“I used to go to AHM, Garten, B018, Project and many other places to club from 8 p.m. till 5 a.m., have drinks, enjoy life, and meet new people,” said Mahmoud Kanso, another student.

“We hope they will reopen and the situation gets better.”