The political wildcard: What is Trump's US presidential nomination doing to financial markets? 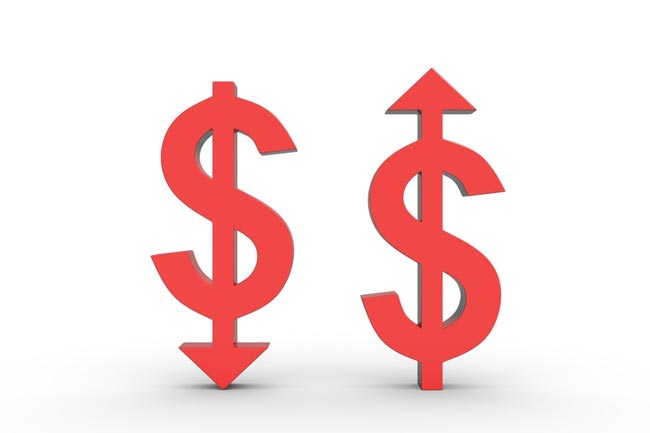 Nikolas Xenofontos, Director of Risk Management at leading online trading services provider easyMarkets, believes that the wildcard factor of Donald Trump in this year’s election could have a big impact on the US economy. He explains,

“The rise of an anti-establishment candidate like Donald Trump speaks volumes about the desire for change in the US. Party-line politics have been left behind, with Trump standing out as a self-financed candidate who isn’t beholden to any special interest groups and doesn’t plan on following the usual script that most successful candidates use to reach the White House. This independence is both refreshing and worrying when it comes to the financial markets, as there are a lot of unknown factors at play, which could serve to make investors nervous over the coming months.”

Donald Trump’s musings on economic change and policy, should he become president, have already caused a stir. He has floated the idea of replacing Janet Yellen as Chair of the Federal Reserve and has highlighted the benefits of a weak dollar, commenting,

“While there are certain benefits, it sounds better to have a strong dollar than it actuality it is.”

Currency intervention is a risky business. A weaker dollar could benefit US multinationals, which have been struggling of late in the face of the greenback’s strength: Wall Street is in the process of recording its fourth consecutive quarter of earnings decline, in the face of weak international demand. However, currency intervention could easily prompt countries with a history of intervention, such as Japan, China and South Korea, to introduce additional measures to make their currencies more competitive.

In true establishment fashion, Mrs. Clinton has refused to make explicit comments on how to handle currency devaluation.

The US’s international trading position could also be under threat from Donald Trump’s approach to trade deals. His hardball approach includes large tariffs on imports, which could lead to both rising prices for consumers and tariff retaliation from other countries, making US exports less attractive. Trump’s planned major overhaul of US-China trade relations is also likely to cause a shift in the status quo. He has commented that he is not, “too afraid to protect and advance American interests and to challenge China to live up to its obligations.” However, the businessman has also promised to “win more” deals and successful negotiations certainly have the potential to strengthen the US’s trade position.

The uncertainty created by an upcoming election often weighs most heavily on stocks. Uncertainty is the bane of the financial markets, and investors react in unpredictable ways when they’re worried about the future. Investors are already wary of healthcare stocks, which Donald Trump’s repeatedly mentioned repeal of the Affordable Care Act could throw into a tailspin.

Hilary Clinton, as the establishment candidate, certainly has the backing of Wall Street, which has provided her with huge donations in support of her candidacy. She has said nothing that would be considered risky to the stock market and the support of Wall Street indicates a strong preference from financiers for the status quo, rather than the unknown.

However, it’s also a possibility that the huge corporate tax cuts proposed by Donald Trump could bolster US companies’ profitability and thus support stocks. John Stoltzfus of Oppenheimer comments,

“Markets always worry when uncertainty is a factor, and it is unclear which policies Trump would execute if elected. However, I’d expect him to enact policies that reflect his ability to successfully negotiate with people. He relies on good relationships with politicians and Wall Street, and I don’t expect that to change.”

Trump’s aggressive tax cuts could actually lead to massive growth in US GDP, with higher wages and more plentiful jobs. On the flip side, the tax cuts could reduce federal revenues by more than $10 trillion, leading to a massive deficit that could result in creditors demanding higher interest rates on US bonds. A promised overhaul of the tax code, including a one-time repatriation of corporate profits held overseas at a much lower tax rate could be extremely beneficial. The last such repatriation amnesty, in 2005, saw the dollar rise by 5%.

While it’s impossible to see the future, history has shown that US stocks perform better under Democratic administrations. The S&P 500 Index has averaged a compound annual growth rate (CAGR) of 9.7% under Democratic regimes versus 6.7% under Republican ones, according to S&P Global Market Intelligence figures. easyMarkets’ Nikolas Xenofontos adds,

“Analysis has also shown that the third year of a president’s office normally yields the highest average return. That means that those looking to the future can expect a strong US economy in 2018 and 2019, if historical patterns are borne out, regardless of who is elected this November. Having said which, the wildcard factor of Donald Trump really is something to watch – his success so far is shifting the fundamentals of US politics and nothing is certain as this election progresses!”