4 Things To Consider Before Buying Your Dream Car

Advantages and Disadvantages of Taking a Personal Loan

Instant payments and the need for standardization

Real Estate Brokers vs. Agents: Which One Should You Work With?

Accelerating financial services innovation with the promise of data mesh

How to drive a data culture in the finance industry 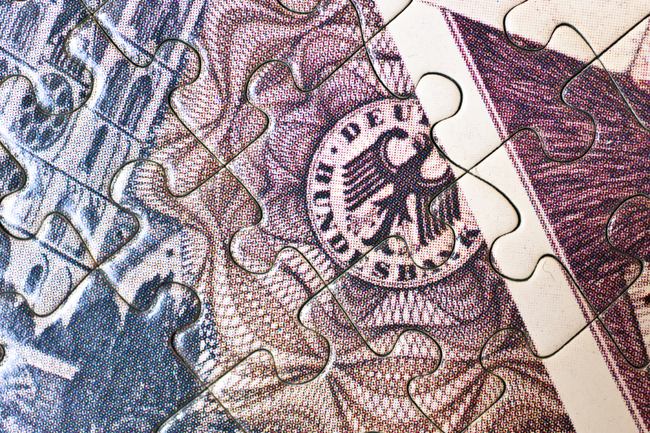 2016 is set to be a defining year for mobile payment providers. It looks as though Apple Pay is planning a major European launch in 2016; an event which could turn the fragmented mobile payment world upside down. While setting up a unified payment system overnight would be virtually impossible, Apple Pay will endeavour to push this forward, especially as its competitor, Google is also pushing for the first place in the mobile payment space. In 2016, we will also see mobile payments become less smartphone-dependent. Instead, new technologies including smartwatches, bracelets and even rings will give us the ability to provide payment options.

In 2016, tokenisation and biometric authentication will have a strong influence on the payment industry. Tokenisation is an extremely interesting method of securing credit card data, as the credit card numbers are substituted by tokens. While the original number is stored securely on a tokenisation server, only the tokens are used throughout the payment process. This means that no harm can be done if the tokens are stolen, and therefore makes it a secure process.

Due to the lack of widespread tokenisation standards, this technology is still in its infancy, but despite this, we anticipate a shift in the market throughout 2016.

When it comes to authenticating payment processes, there are several new inventions in the pipeline for 2016. The most recently used methods include password, PIN, and fingerprint, and these all have one thing in common; they are weak so two-factor authentication is increasingly used to improve security. User-friendly methods—including, for example, new biometric processes like voice recognition, keystroke detection, finger vein scanners and pulse recognition — are set to become increasingly significant and set to increase both security and convenience.

Merchants who are looking for e-commerce success will need to create an international strategy. Expanding e-commerce activity across borders involves more than translating websites and establishing efficient logistics. It’s also vital that merchants offer shoppers their preferred local payment method. Asia, Eastern Europe and Latin America are currently the most interesting markets for European online retailers, and as card penetration tends to be lower there, it’s important that providers know their way around alternative payment methods in these regions. Merchants should consider which markets are particularly suited to international strategies and simulate potential market launch models with partners such as payment service providers.

The first Payment Services Directive (PSD) from 2007 is still in force, and defines the rules for payment services within the EU single market. It stipulates, for example, that payments must be completed no more than one day after a payment order is processed. After a tough two-year negotiation period, the EU has now, finally, agreed on a second payment services directive (PSD2).

The proposed revision defines several priorities, one of which involves strengthening the security requirements for online payments by improving customer authentication in order to combat fraud. PSD2 will also provide a legal framework to stimulate competition. This framework will facilitate market entry for new providers and allow the development of innovative mobile and Internet payment methods. It will also force banks to grant such providers access to their crown jewels: the accounts. The European Banking Authority (EBA) is set to develop more detailed guidelines and regulatory standards for applying the directive. Although enshrining these in national legislation in all EU countries will take a further two years, payment industries should begin preparing themselves now for implementation and start taking steps by 2016.

Is the end of cash approaching?  Some countries in Europe are certainly cutting down on the usage of cash. In Sweden for example, it is now almost impossible to use cash to pay for bus tickets. Acceptable payment methods include customer cards, credit cards, and payments via smartphone apps. Even traditional cash-based bakeries no longer exist in Sweden and instead, now display signs requesting that customers use cashless payment methods for even the smallest amounts. The situation in Denmark is similar; there, the government is currently debating whether or not to release smaller retailers from the obligation of having to accept cash as a payment method.

The decline in cashless payments, however, is currently more of a theory among economists. In Germany, for example, around 80 per cent of retail sales are still transacted in cash. If, however, we look at sales revenue, cash makes up just 53.3 per cent, a figure set to drop further in 2016. Cash is on the retreat, and alternative payment methods are advancing. Among the multitude of technologies (like cards, apps, wearables) available today, cash is, however, still very high on the list. It’s an essential element in the mix and fears that cash is dying out any time soon are therefore (as yet) unfounded.