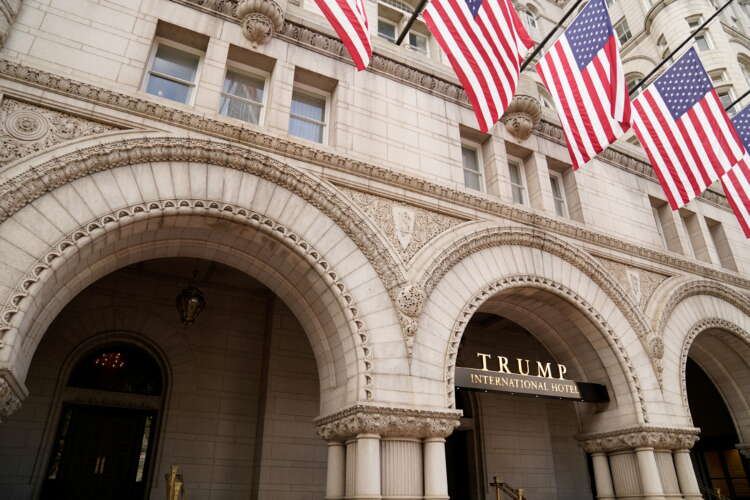 Miami-based investment firm CGI Merchant Group is in contract to acquire the lease, the newspaper said.

The Trump International Hotel is in a historic building a few blocks from the White House that the Trump Organization leases from the U.S. government. The hotel has been a popular gathering spot for Trump supporters and foreign dignitaries.

The newspaper said CGI intends to remove the Trump name and has reached an agreement with Hilton Worldwide Holdings to have the property managed and branded by Hilton’s Waldorf Astoria group.

The Trump organization, CGI Merchant and Hilton did not immediately respond to Reuters requests for comment on Sunday.

According to the Democratic-controlled committee, Trump reported that the hotel earned him more than $150 million during his time in office but actually lost more than $70 million.

The committee found that the hotel received more than $3.7 million in payments from foreign governments – equal to more than 7,400 nights at the hotel, raising a potential conflict of interest.

The hotel is in the city’s second-tallest structure, after the Washington Monument. The building previously housed the U.S. Post Office Department Headquarters.

(Reporting by David Shepardson in Washington and Kanishka Singh; Editing by Daniel Wallis)