U.S., allies slam Russia at U.N. over its seizure of Ukraine nuclear plant 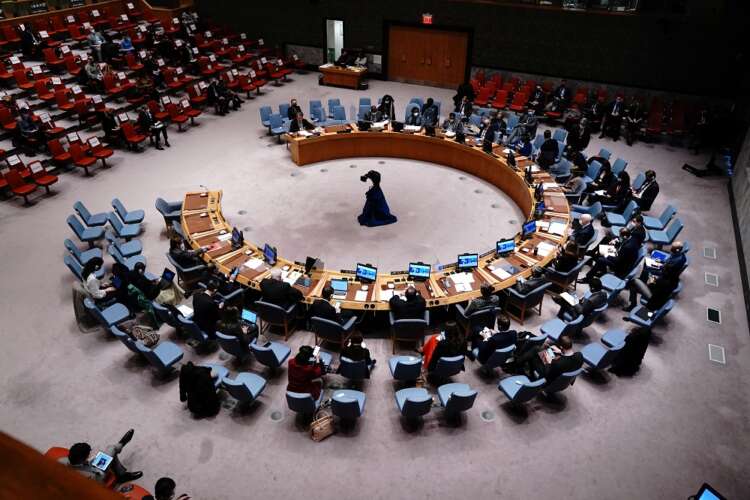 By Humeyra Pamuk and Doina Chiacu

(Reuters) -The United States and its allies heavily criticized Russia on Friday at the United Nations over its shelling and seizure overnight in Ukraine of Europe’s biggest nuclear power plant, and some demanded that Moscow not let such an attack happen again.

“Russia’s attack last night put Europe’s largest nuclear power plant at grave risk. It was incredibly reckless and dangerous. And it threatened the safety of civilians across Russia, Ukraine and Europe,” Thomas-Greenfield said.

As shells hit the area early on Friday, a blaze broke out in a training building – triggering a spasm of alarm around the world before the fire was extinguished and officials said the facility was safe.

Officials remained worried about the precarious circumstances, with Ukrainian staff operating under Russian control in battlefield conditions beyond the reach of administrators.

United Kingdom ambassador to the United Nations Barbara Woodward said: “It must not happen again. Even in the midst of an illegal invasion of Ukraine, Russia must keep fighting away from and protect the safety and security of nuclear sites.”

International Atomic Energy Agency chief Raphael Grossi described the situation as “normal operations, but in fact there is nothing normal about this.”

Thousands of people are believed to have been killed or wounded and more than 1 million refugees have fled Ukraine since Russian began its invasion on Feb. 24. Western nations retaliated with sanctions that have plunged Russia into economic isolation.

“At present, the Zaporizhzhia nuclear power plant and adjacent territory are being guarded by Russian troops,” he said.